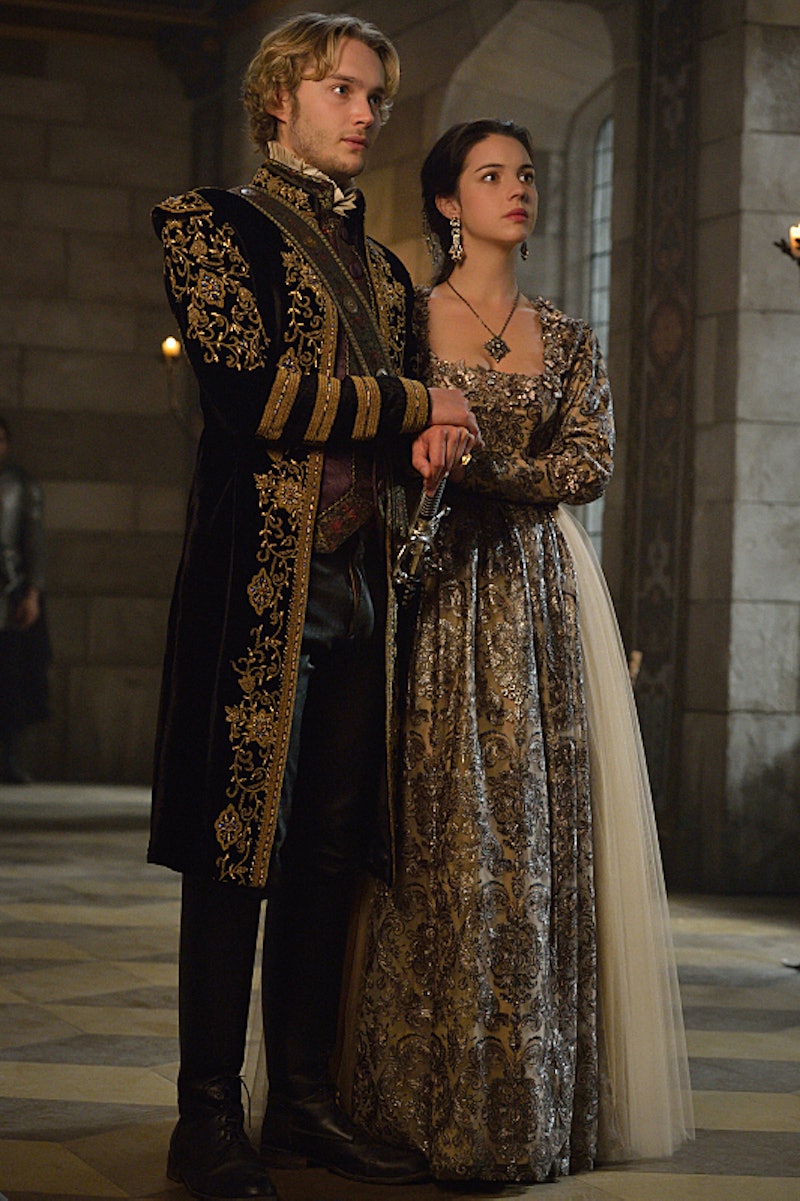 I have always been a huge fan of Reign, despite the criticism it earned for falling off track in Season 2. Very loosely based on the life of Mary Queen of Scots, it always depicted a dramatic view of life at court filled with love, betrayal, and occasional black magic. If the incredible wardrobe and indie music selection weren't enough to attract the audience, the wonderful performance of Adelaide Kane certainly does. So when Reign Season 3 premiered a few weeks ago, I was thrilled to know where the show would go next. Watching the premiere, I was pleasantly surprised to find myself rooting for Mary and Francis. It's been many a Condé and Bash since I last backed the pairing. Sadly, that excitement didn't last long. Francis revealed he was dying, and this time it wasn't just a prophecy.

Despite the dramatic reveal, I couldn't help but think there was a chance Francis could hang around. The Reign writers already changed so much of history to fit their storyline. Why would Francis be any different? But apparently that's not the case. Executive producer Laurie McCarthy told Entertainment Weekly that there was no way to work around Francis' death and that he would be killed in Season 3. Many Reign fans have turned to the official Facebook page to express their dislike of the plot, but McCarthy said there was never any choice. "We definitely take liberties with history but there is an element of history that we felt beholden to," she explained.

Even though the impending death of Francis seems like the end of the world to many distraught fans, most of Mary's life story actually occurred outside of the French court. There's still plenty of ways this story can move forward, and here are the different routes Reign can take after Francis' death.

While it wouldn't be the first time the writers changed parts of Mary's life, the current plan on Reign appears to be Francis' little brother Charles marrying Mary, Henry VIII-style, but I have a feeling this wouldn't turn out well — and not just because it never happened in history.

Mary is still the Queen of Scotland and it makes the most sense for her to return home, like the real Mary did. Already widowed at 18 years old, she could definitely benefit from some time in the Scottish countryside, even if she has to rely on her half-brother James to hold on to her throne, as Biography explains was the case in real life.

Mary's character has no shortage of love interests on Reign. The story could follow Mary as she met and fell in love with her second husband, Henry Stewart. It would require a generous six-year time jump, but isn't a huge part of this show the intrigue of romance?

4. Elizabeth Confronting The Threat Of Mary

Season 3 started off with an introduction to England and Queen Elizabeth, and I think Reign plans to follow up on this meeting. Watching their relationship play out in the earlier years would be interesting— especially because as Biography explains, Elizabeth eventually imprisoned and had Mary beheaded after she was exiled from Scotland.

This relationship has definitely seen its ups and downs. However I have a feeling that they will need each other following Francis' death. I envision a power duo of them working together. Not to mention that in real life, Catherine served as the Queen Regent, so joining together would allow Mary to stay in France just a little longer.

Even though we're losing Francis for good, there's still an opportunity to see Reign blossom and go in new directions. So while I'll definitely cry during Francis' final scene, I look forward to seeing what it means for the rest of Season 3 and beyond.

More like this
Where Gillian & Tommy's Relationship After 'Temptation Island' Stands Now
By Kadin Burnett
Everything To Know About 'Grey's Anatomy' Season 19
By Brad Witter
Everything To Know About A Possible Season 3 Of 'The Flight Attendant'
By Gretchen Smail
What Makes A Sally Rooney Sex Scene So Hot?
By Samantha Leach
Get Even More From Bustle — Sign Up For The Newsletter