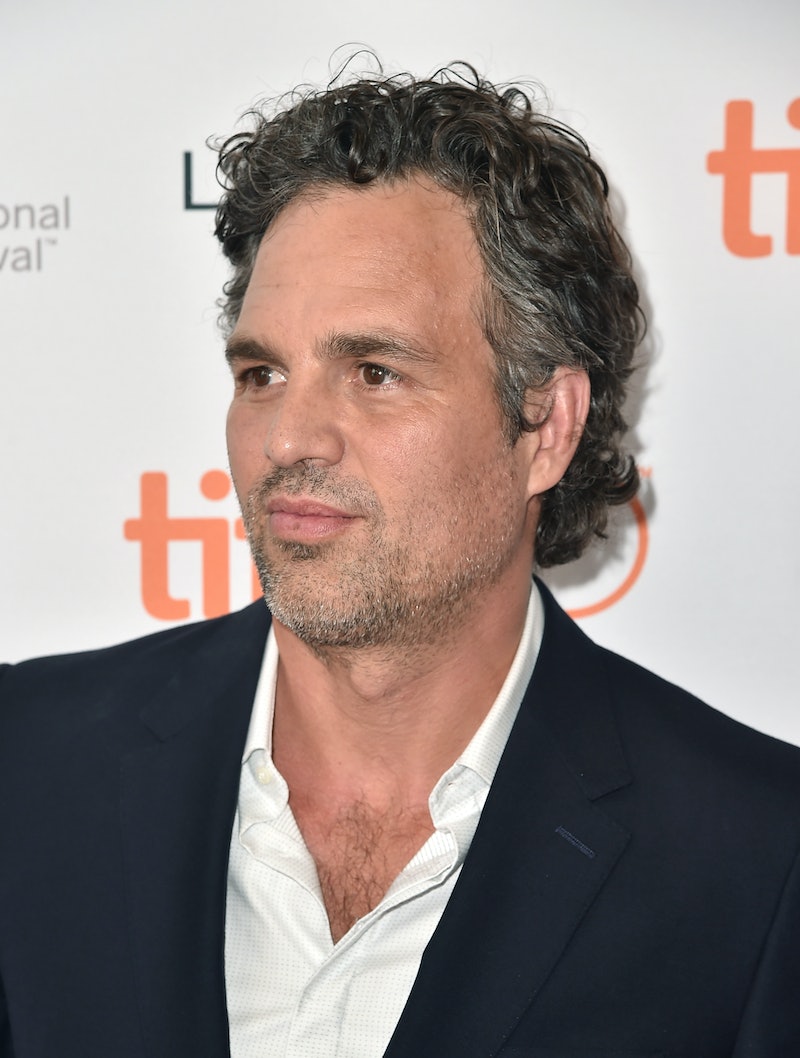 It's a sad fact that almost everyone's favorite Avengers character hasn't had very much screen time at all in the Marvel movies. Luckily, all of this changes with the news that Mark Ruffalo's Hulk will appear in Thor: Ragnarok, the third solo Thor movie starring Chris Hemsworth. The plot of the upcoming film remains hazy, but it will be directed by Taika Waititi and written by Christopher Yost and Craig Kyle. The film is set to be released in 2017.

This will be the first time that Ruffalo will appear as The Hulk in a non-Avengers Marvel movie. Eric Bana starred in the early aughts version of the film, and Edward Norton starred in the 2008 movie. While Norton was originally slotted to play Hulk in the Avengers movies, he bowed out because he didn't want to become too associated with the role. Mark Ruffalo stepped in, and his Bruce Banner/Hulk has become a fan favorite in the Avengers movies.

While people are understandably a little tired of all the Hulk reboots, there has been some talk of Ruffalo starring in his own franchise. This appearance in one of the other solo movies is a good sign that more Hulk might be coming our way, for these reasons.

1. Marvel Has Faith In Mark Ruffalo

Choosing to put him in the new Thor movie proves that they think he will be a draw for audiences, even with Chris Hemsworth and Tom Hiddleston already in the picture. Why wouldn't this extend to them also thinking he might be able to hold down his own picture?

2. Mark Ruffalo Is Down

While he has often undertaken more serious dramatic roles, Ruffalo's agreement to appear in Thor shows that he is game to stay in the Marvel universe. He has also previously expressed interest in a solo flick.

3. He Has Great Chemistry With The Other Avengers

Fans love seeing him interact with the other Avengers, including Thor but especially Tony Stark. Marvel would presumably want to capitalize on the fan love and give him his own movie.

4. There Are Great Cross-Promotional Opportunities

Since Marvel has brought in the other Avengers to their recent solo movies, I can see them trying to bring in others into the solo Hulk, which would differentiate the reboot from its predecessors.

5. He Has A Budding Romance

While the pairing of Black Widow and Bruce Banner drew some skepticism, I, for one, would be really interested in seeing this explored in a solo Hulk movie. Or better yet, a solo Black Widow movie.

Why he is hanging out with Thor and Loki is pretty mysterious, and the last Avengers movie left him feeling pretty conflicted about his role in the group. A solo movie could either uncover his journey or revisit his origins, since Ruffalo is so good at exploring the inner turmoil of his character.

Even if we don't get a solo movie, I hope we'll see more Mark Ruffalo as Bruce Banner in upcoming Avengers movies. There are, after all, a lot coming our way.