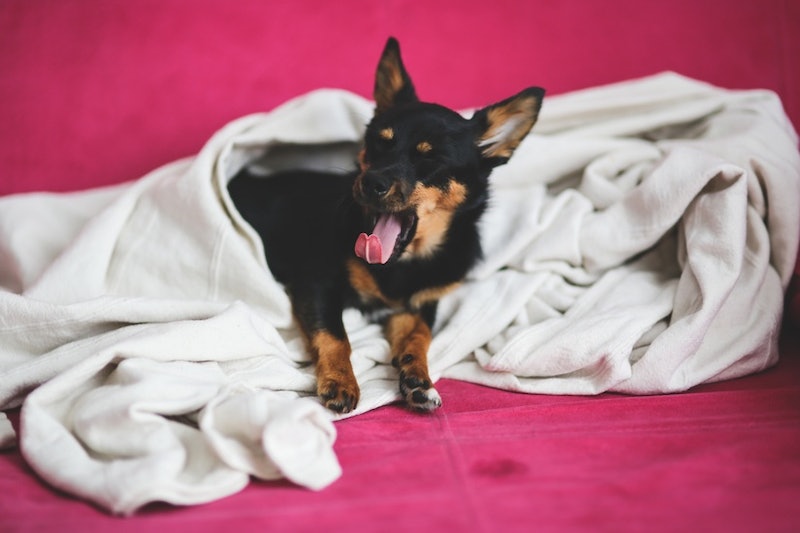 Drink water, take vitamins, get eight hours of sleep: These are the health guidelines we've been taught since childhood. A new study questions the last part of this adage, though, askin, do I need eight hours of sleep? And — perhaps somewhat surprisingly — the answer is, maybe not.

The study, published in this week's issue of Current Biology, gathered sleep cycle information from "preindustrial" — that is, places that don't have access to things like eletricity — societies in Tanzania, Namibia, and Bolivia. 94 members of three different modern day hunter-gatherer societies were studied, representing a total of 1,165 nights worth of sleep. Researchers were attempting to discern whether the geographic isolation, as well as isolation from things like light pollution and technology, would create different sleeping patterns. Essentially, the idea was to answer the question: Why do we sleep the way we do?

When comparing the data of these hunter-gatherer populations to the sleeping patterns of "developed" countries, researchers were surprised to find more comparisons than contrasts. This research revealed sleep durations similar to industrialized societies, with average sleep durations ranging from 5.7 to 7.1 hours.

Furthermore, tribespeople were not inclined to go directly to bed when the sun went down. Just as in industrialized societies, the hunter-gatherers remained awake for a few hours after sunset, keeping a fire going as a source of light. Those studied did, however, typically wake up before sunrise. The last time you probably did that was for a flight.

It's often theorized and assumed that our modern sleeping habits are impaired by technology, caffeine, noise and light pollution, and a host of other factors. The Center For Disease Control has declared insufficient sleep a "public health epidemic." Lack of sleep and poor quality of sleep has been attributed to obesity, mental illness, and sickness.

This recent study puts these claims to the test. If populations without technology or obesity report similar sleeping patterns to our society, how can we continue to attribute different issues to a lack of sleep hygiene? The societies studied don't even have a word for "insomnia" despite how comparable their sleep cycles are to our own.

It's All In The Temperature

Researchers concluded that "temperature appears to be a major regulator of human sleep duration and timing." The study reports that "[S]leep in both the winter and summer occurred during the period of decreasing ambient temperature and that wake onset occurred near the nadir of the daily temperature rhythm."

Despite modern perceptions of sleep, researchers are leaning towards the view that our sleep cycle is simply an inherent physiological aspect of being human. Even if you've been trying out an alternative sleep cycle, it might just be most natural to get the eight hours your mom told you about.