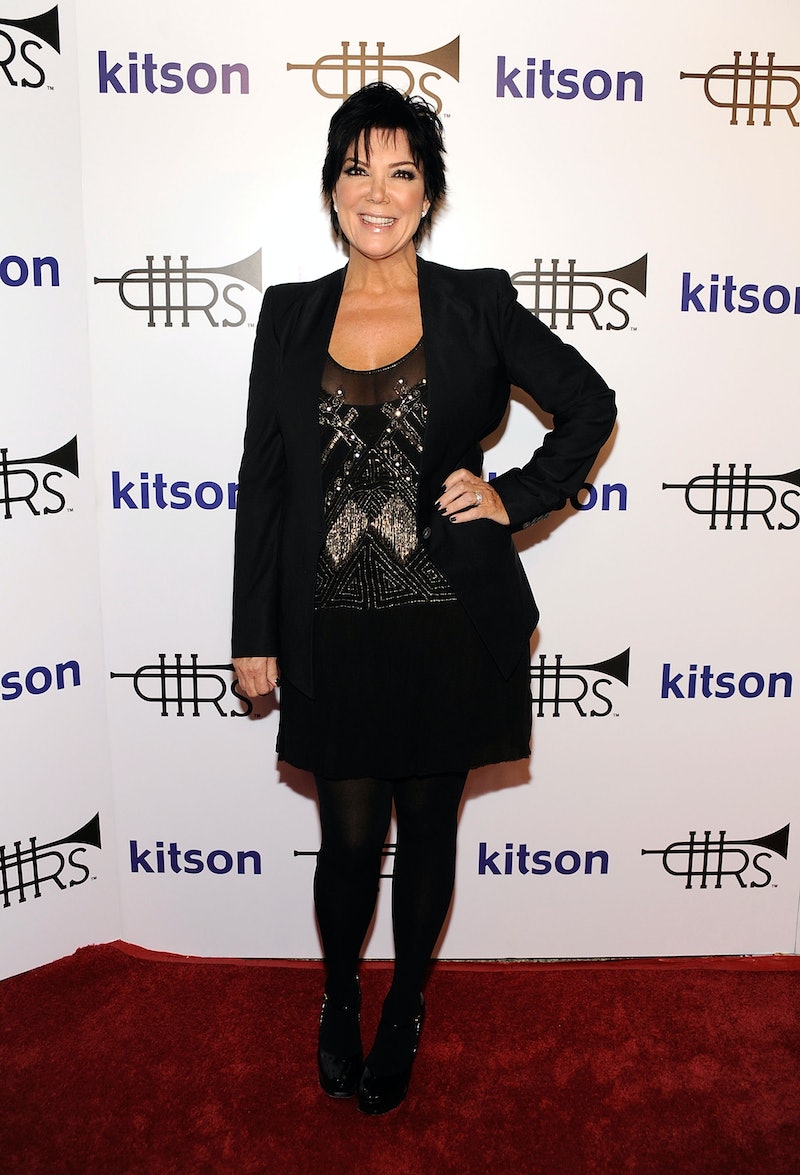 It looks like things might be taking a turn for the better when it comes to Lamar Odom's condition. According to reports from outlets like E! News, the 35-year-old Odom is reportedly breathing on his own after being taken to the intensive care unit of Sunrise Hospital & Medical Center in Las Vegas when he was found unconscious at Dennis Hof's Love Ranch South on Tuesday. Additionally, even more exciting reports from NBC News claim that the former NBA player has allegedly been taken off of life support. Though E! Online reports that Odom is "not out of the woods yet," these signs are definitely promising, and undoubtedly exciting news for Odom's family and friends. Amongst them is Odom's ex-wife's mother, Kris Jenner — who, recently, posted a hopeful Instagram message pleading with her 8.9 million followers to keep sending well wishes to Odom.

Throughout this difficult time for both Odom's family and friends, most have refrained from speaking to the press, which is completely understandable — they shouldn't be expected to share every detail of the former LA Lakers player's condition, as it remains critical. However, family members and friends have still been posting small, positive messages to keep hope alive for Odom: Friday, Jenner posted a quote to her Instagram, one that was originally posted by her cousin Cici Bussey. The quote shares her hopes and beliefs, and shows that she will not give up in her fight for Odom — and hopes that he will not as well:

Additionally, Odom's ex-girlfriend and mother of his children, Liza Morales, spoke out on Friday via Twitter about Odom's progress, saying:

Earlier in the week, Odom's publicist, Eve Sarkisyan issued a statement pleading fans to remain considerate during this rough tiime:

Odom's aunt, JaNean Mercer, also released a statement to Us Weekly with the help of her rep, Alvina Alson, stating that the former NBA player "gave a thumbs-up to the doctors this morning and said a few words to them” and that his family is "continuously praying and trusting in the doctors’ care.” However, she proceeded to mention that she would not be giving any details of Odom's condition to the press.

Odom was originally hospitalized on Tuesday, after he was found unconscious at Dennis Hof's Love Ranch South brothel in Pahrump, Nevada. At the time, the Nye County Sheriff's Department shared a press release in response to Odom's announced condition and hospitalization:

Thoughts and prayers continue to be sent the former basketball player's way, especially now has he has reportedly begun to make a slow recovery. While the reports that he has allegedly been taken off of life support are definitely great to hear, he still has a ways to go — so it's amazing to see the continued support from his family and friends as Odom continues on his path of recovery.

Bustle has reached out for comment in response to reports of Odom’s condition, but has not yet heard back.

More like this
The 1st Photo Of Priyanka & Nick's' Baby Comes After 100 Days In The Hospital
By Jake Viswanath and Hugh McIntyre
Kate Middleton Is Hiring A New Assistant & The Job Description Is Very Specific
By Sam Ramsden
The Staircase Explores The Murder Trial That Ripped A Family Apart
By Gretchen Smail
David Rudolf, Michael Peterson’s Attorney In 'The Staircase,' Is Still Practicing
By Taylor Maple and Morgan Leigh Davies
Get Even More From Bustle — Sign Up For The Newsletter