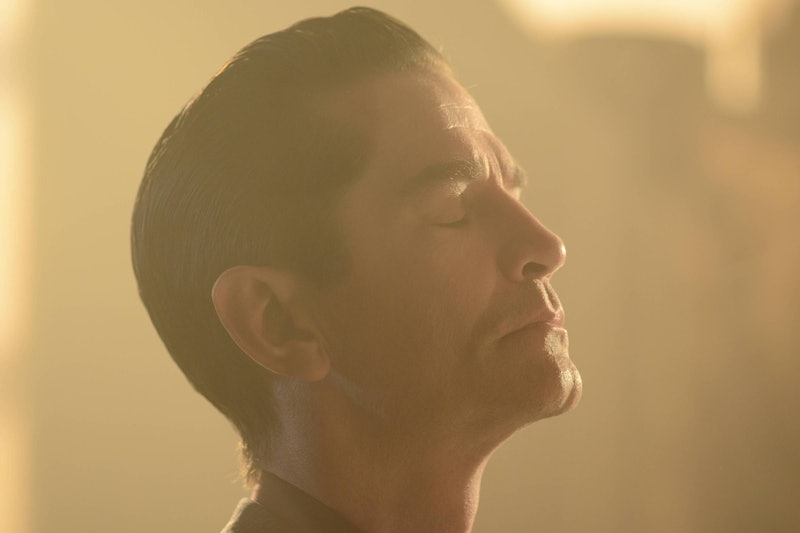 After four episodes of teasing, finally, Theo Galavan's "centuries old" feud with the Wayne family was explained by Gotham. First things first: Theo's last name is Dumas, not Galavan. And centuries ago, his family, the whole Dumas line, became the ultimate enemies of the Waynes. As handy exposition device Edwidge explained, a young Wayne girl accused a Dumas of assaulting her, though he claimed they were having a consensual affair. The Dumas boy was swiftly and aggressively punished, first by having his hand sliced off by an ancient knife, which is now in Galavan's possession thanks to the handy work of the Pikes and one of Sid Bunderslaw's eyes.

You'd think that only Galavan would be obsessed with this historical artifact, but clearly the Waynes are as well, or they wouldn't have had the knife squirreled away in a secret case. It would have either been in a museum, treated as a weird historical footnote, or been covered in dust in one of Bruce Wayne's storage units. But no, it looks like someone in the Wayne power structure, perhaps Bunderslaw, was aware of this history and was held onto that knife. But the story of the Dumas family doesn't stop there.

After the initial incident, the Waynes weren't satisfied with blood. They also wanted revenge for the perceived ill. So they excommunicated every single Dumas in the city, destroying their wealth and forcing them into a religious order. But the Dumas survived. It may have taken a while, but Theo is a billionaire again, and he's back in Gotham City explicitly to do to the Waynes what they once did to the Dumas: destroy the family line.

With only the young Bruce Wayne standing to inherit the entire company's massive fortune, it should be easy for the villain — that is, if it wasn't already common knowledge that Bruce grows up to become Batman. Somehow, Wayne will survive, but Theo seems unstoppable, uniting Arkham patients, the mobsters, the low-level thugs, and even the rarified elites to do his bidding.

Theo wants to use this power to build a huge complex, destroying the lives of many Gothamites. He already went on a quest for the knife at the center of his family's feud, and now he's promising the mysterious Father Creel he will kill Bruce. It sounds like Galavan is building a human sacrifice of some kind in order to avenge his Dumas ancestors, so let's hope someone is able to stop the villain in disguise before it's too late.