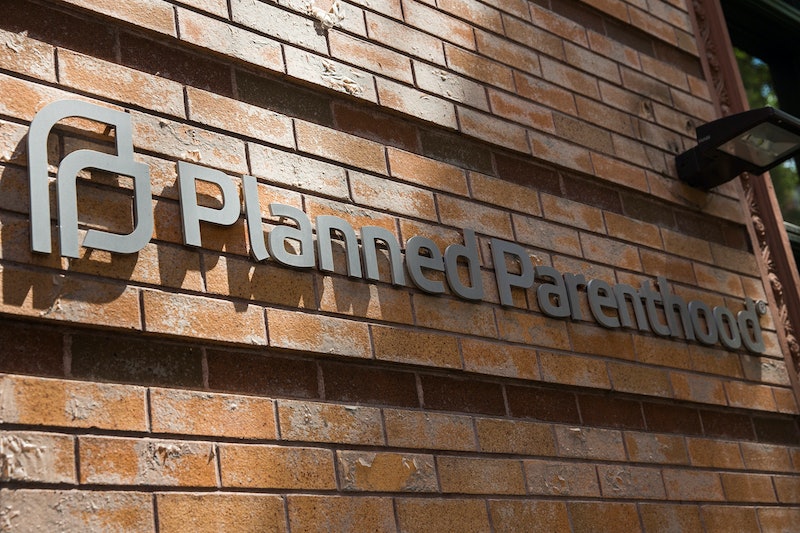 Ilyse Hogue, president of NARAL Pro-Choice America, protested both the media's failure to cover arson against abortion clinics, as well as its failure to portray these acts as domestic terrorism. Published on Friday, Hogue's statement was a response to a recent article by Media Matters pointing out the minimal coverage of firebombing, arson, and other attacks against Planned Parenthood clinics over the past several months in Illinois, Louisiana, Washington, and California. Meanwhile, recent news cycles have been dominated by allegations against Planned Parenthood connected to heavily-edited videos rather than what fire departments have confirmed as arson against four of its clinics.

Similarly, Congress has been preoccupied with hearings on Planned Parenthood's conduct rather than possible acts of domestic terrorism against them. "Instead of treating these incidents as the real and present danger to innocent civilians that they are, Congress is inviting anti-abortion extremists to testify at hearings, the Department of Justice has yet to announce a full investigation, and the news media remains silent," Hogue wrote. "Where is the outrage?"

As Hogue points out, too often we overlook the possible attacks that abortion providers and recipients continue to experience at the hands of extremists.

The media need to report these incidents as what they are: domestic terrorism. By staying silent or failing to discuss this new wave of attacks on health clinics in the context of anti-abortion extremism, the media is giving extremists the cover to regressively and violently attack women, their access to health care, and the medical professionals who provide it.

According to the FBI, domestic terrorism in the U.S. Code is defined by three characteristics: "Involve acts dangerous to human life that violate federal or state law; appear intended (i) to intimidate or coerce a civilian population; (ii) to influence the policy of a government by intimidation or coercion; or (iii) to affect the conduct of a government by mass destruction, assassination, or kidnapping; and occur primarily within the territorial jurisdiction of the U.S."

While it might be premature to identify these attacks on Planned Parenthood clinics as domestic terrorism, Hogue's statements certainly reflect research about the harmfulness of keeping silent on violence against abortion clinics. According to RH Reality Check, "A report released in February found that threats of harassment, intimidation, and violence against women's health clinics have doubled since 2010." The publication also notes it's likely that "radical anti-choice activists have been emboldened by a GOP legislative attacks" and escalated language against reproductive rights.

We can't be certain that recent attacks on Planned Parenthood clinics constitute domestic terrorism, but there is no doubt that throughout history in the United States, there's been no shortage of arson and bombings on clinics providing abortions. Many acts of anti-abortion domestic terrorism took place in the 1990s and involved the killing or assault of doctors who provided services and female patients seeking abortions. There were also incidents of arson, bombing, and vandalism on clinics. The most prominent anti-abortion terrorists were members of the underground extremist Christian group "Army of God."

It's more than a little convenient that controversy about abortion and Planned Parenthood dominated news platforms while the different clinics were attacked. Among conservative news outlets, there was no shortage of inflammatory rhetoric regarding the availability of abortions at Planned Parenthood clinics. Fox News host Bill O'Reilly described Planned Parenthood's fetal tissue donation as "Nazi stuff," while the RedState blog called the organization "Auschwitz." Megyn Kelly herself suggested the organization "celebrat[ed] its practice of harvesting the organs of aborted fetuses for money."

Beneath loaded rhetoric, there should be little doubt that calls to defund Planned Parenthood are rooted in the anti-abortion sentiments that have arguably motivated violence. According to ThinkProgress, Republicans have repeatedly voted for fetal tissue research, which quite literally saves lives; it helped researchers discover a polio vaccine decades ago. But once fetal tissue donation was discussed in the context of abortion, as it is in the undercover footage published by Center For Medical Progress, that research is suddenly synonymous with "selling baby parts."

Similarly, conservative politicians conveniently fail to discuss Planned Parenthood's wide range of services that aren't abortion procedures, from life-saving cancer screenings to STD testing and treatment. While many of these services, like family planning and the issuing of contraceptives, actually serve to prevent abortions, politicians in favor of defunding the organization ultimately fail to look past this because a mere 3 percent of the services Planned Parenthood provides are for abortion procedures.

Along with Hogue's statement against anti-abortion violence and the media's coverage of it, MediaMatters reports that NARAL launched a petition imploring the Department of Justice to investigate arson committed against Planned Parenthood as domestic terrorism. "We call on the DOJ to investigate the recent arsons, showing that our legal system will not tolerate any further assault on women, clinic escorts, security personnel or medical staff, and the news media to hold the government accountable for keeping Americans safe from harm," Hogue wrote. As of Sunday evening, the petition, available here, has since received 38,561 signatures, just shy of its goal of 42,000.

It might be premature for officials to refer to these attacks on Planned Parenthood clinics as acts of domestic terrorism. However, it's certainly disappointing that, as Hogue points out, Congress has investigated Planned Parenthood but not violent acts against the organization. Until we begin to take violence and arson against abortion clinics more seriously and place greater focus on this issue, it's likely these acts will only continue.