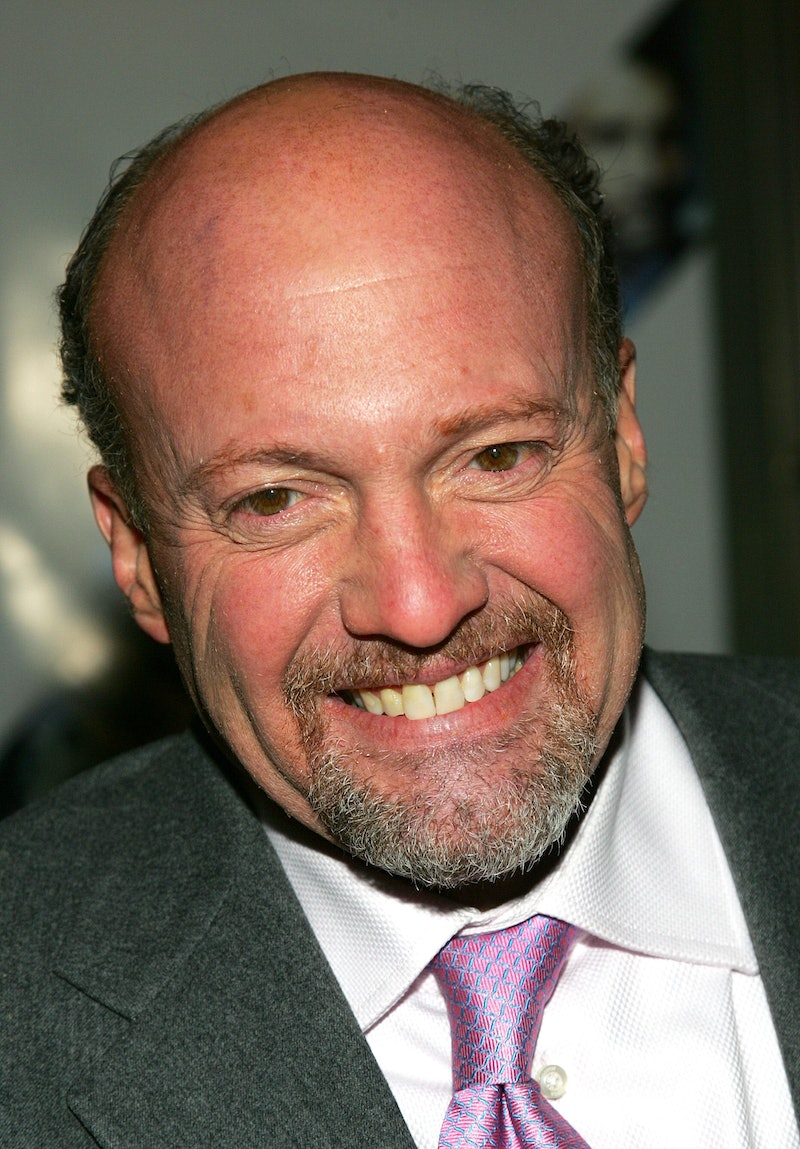 The third Republican presidential debate — yup, we're already at number three — is in less than two weeks. It will feature a grand total of six moderators, which sounds like a lot until you remember that there are approximately 7,000 Republicans running for the nomination, and they require coralling. One of the moderators is Jim Cramer, host of CNBC's Mad Money.

Cramer is a financial anaylst, and he's best known for his daily TV program, in which he frantically runs around the studio, presses cartoon sound effect buttons, throws potatoes in the air, and, oh yeah, offers viewers investment advice. But don't let his silly on-screen persona fool you: Cramer is a smart man. He's also a controversial one.

A Harvard graduate, Cramer was president and editor-in-chief of The Harvard Crimson, the school's daily paper. He initially pursued a career in journalism, reporting for The Los Angeles Herald Examiner and The Tallahassee Democrat, where he got his first big break covering the Ted Bundy murders.

He then switched gears, attending Harvard Law school and graduating in 1987. However, before he could get his feet wet as a lawyer, he changed course yet again, becoming a stockbroker at Goldman Sachs and later founding his own hedge fund. Cramer didn't abandon journalism altogether, though: While at Goldman, he covered the stock market for The New Republic, and in 1996, he founded The Street, a financial news and media site.

Cramer began hosting Mad Money in 2005, which significantly raised his public profile. Trouble soon followed: In February 2006, Cramer was subpoenaed by the Securities and Exchange Commission in connection with a possible market manipulation scheme. That subpoena was never enforced, but the controversy wasn't over. Later that year, Cramer made comments in a video posted to his own website that, if interpreted a certain way, could be seen as endorsing various sorts of market manipulation. The New York Times called it "a treatise on how to manipulate stock prices," while Jon Stewart lambasted Cramer about it on The Daily Show several years later.

But Cramer weathered the storm. Ten years after it launched, Mad Money is still on the air, and Cramer now also co-anchors another show, Squawk on the Street. He's written several popular books on personal finance and, as a co-moderator at the upcoming presidential debate, will have the chance to play a legitimate, albeit limited, role in the process of selecting America's next president.