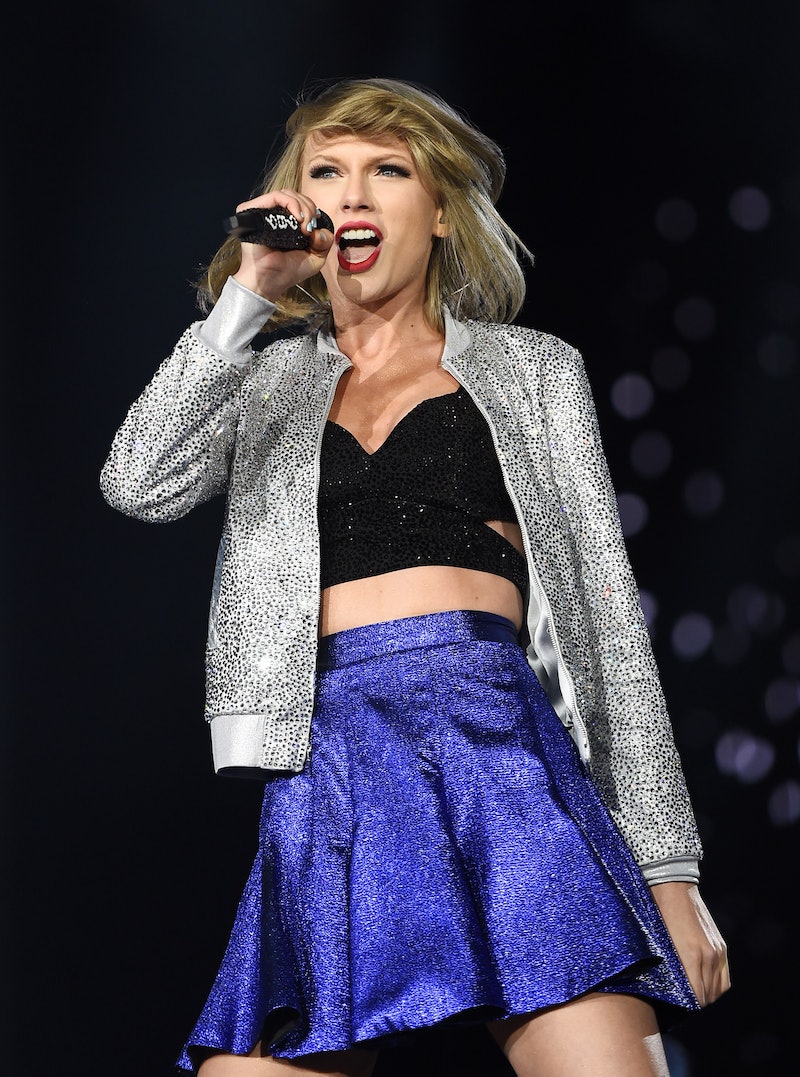 It's hard to deny that Taylor Swift is a pretty amazing songwriter. (Swift even quotes her own lyrics on social media!) Over the years, we've been given more and more insight into Swift's writing process, be it via her answers in interviews to the voice memos on the deluxe version of 1989. While speaking with Ryan Adams for GQ , Swift broke down her different aspects of how she writes, basically giving us an informal guide to how to pen a song like she does.

There's a couple interesting elements to this interview. First, Swift touches on "All You Had to Do Was Stay," a track that was inspired by a dream she had. While the singer has previously spoken about the song came about, it's always interesting to hear her discuss different sources of inspiration. Second, she unfortunately mentions that she's not actively writing her next album right now (sniffle), but proceeds to tell us about the songwriting process — and it's so, so interesting.

Whether you're looking to write a No. 1 hit in the vein of Swift, or you're just curious about learning more about how she works, you can check out a guide of how to pen a song just like her in the list below.

Swift keeps all of her musings in one place.

2. Whip Out Your Notepad App

Have a jolt of inspiration? Don't you let it go.

4. That Includes Your Dreams

Case in point: "All You Had To Do Was Stay."

You never know when an old phrase can be used.

When writing "Blank Space," Swift scoured her lyrics that lent to the "overdramatic" and "luxe" tone of the song.

8. Put Yourself In Other People's Perspectives

Which is exactly what Swift did while watching these movies.

9. Go Out And Have A Little Fun

Okay, so this isn't an explicit instruction from Swift. However, she gives herself two years to write an album so she has enough experiences to draw from.

Again, this goes without saying.

Do as Swift does.

You can watch Swift discuss her songwriting process in the video above.