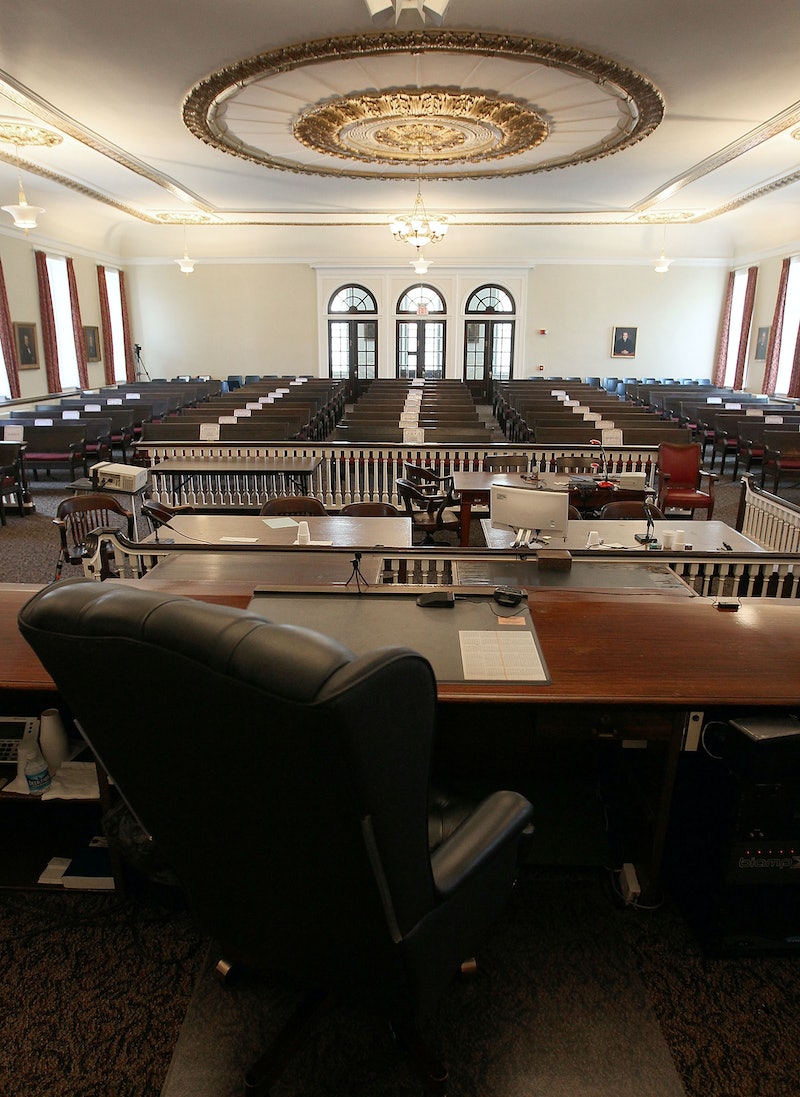 Thanks to a federal judge, Louisiana Planned Parenthood clinics will remain funded by the state... for now. U.S. District Judge John deGravelles signed a temporary restraining order Sunday night, just before the state's clinics would have lost funding on Monday, ruling that Louisiana must continue funding Planned Parenthood for the next two weeks while the legal battle to end Medicaid funding for the organization plays out. Louisiana Gov. Bobby Jindal began his defunding crusade after the highly-disputed videos came out alleging that Planned Parenthood was illegally profiting from the sales of fetal tissue for medial research.

Ending Medicaid funding would severely limit Louisiana residents' access to cancer screenings, STI testing and treatment, and birth control. Judge deGravelles said Planned Parenthood and its more than 5,000 low-income patients in Louisiana would likely suffer irreparable harm if funding for necessary medical services was cut off and that the controversial videos linked to the case don't even apply to the state. DeGravelles wrote in the ruling: "In fact, uncontradicted evidence in the record at this time is that [Planned Parenthood Gulf Coast (PPGC)] does not perform abortions in Louisiana, is not involved in the sale of fetal tissue and none of the conduct in question occurred at the PPGC's two Louisiana facilities."

PPGC, which oversees the clinics in Louisiana, asserted that Jindal's fight to defund the organization was purely political, as he's running for the Republican presidential nomination. PPGC's Louisiana state director, Melissa Flournoy, said in a statement sent to Bustle:

It is shameful that Governor Jindal is trying to score political points by blocking women’s access to critical health care. For more than 30 years, Planned Parenthood in Louisiana has been there for the people who need us and has helped our communities lead healthier lives. We are proud to keep working hand-in-hand with the state and community partners to help thousands of hardworking Louisianans access critical health care.

After attempting to strip the organization of state funds without a cause and arguing in court that women could access reproductive health services from dentists, cosmetologists, and other unqualified doctors, Jindal decided to try terminating the Medicaid contracts "for cause," claiming Planned Parenthood broke the law in the past. The state cited a $4.3 million settlement in a 2013 case in Texas that alleged that Planned Parenthood billed the government for medical services that weren't necessary or weren't provided at all. However, there was no admission of wrongdoing in the 2013 case, and deGravelles agreed that it didn't warrant terminating Louisiana's Medicaid contracts.

Planned Parenthood clinics in Louisiana are safe from defunding for now, and deGravelles' ruling makes it seem unlikely that he'll allow the state to terminate its Medicaid contracts after these 14 days are up.