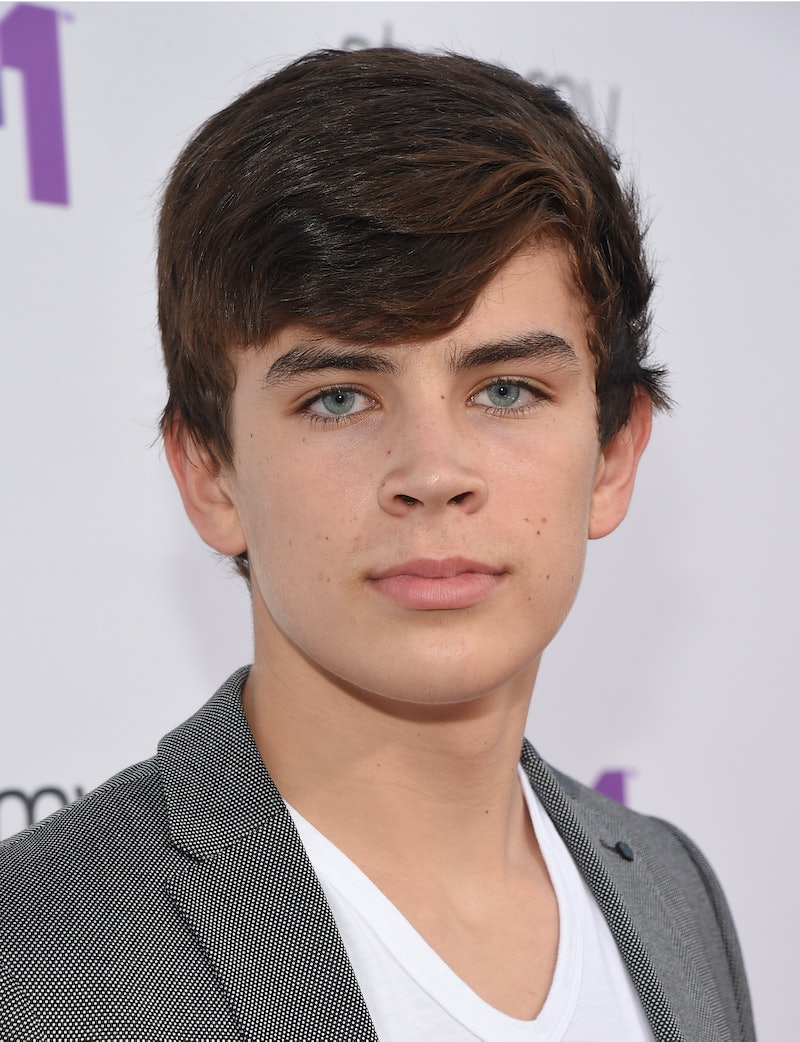 Social media star Hayes Grier was a surprise choice as a contestant on this season's Dancing With the Stars. Most viewers, especially those who aren't glued to social networks throughout the day, didn't know much about him at first, but that has quickly changed. Before becoming a Dancing With the Stars contestant, Hayes Grier was just a 15-year-old Vine star using humor and personal anecdotes to entertain followers, who are only too happy to watch him jump into a pool or engage in a competitive game of ping pong with his brother Nash Grier, also a social media sensation. But the best DWTS contestants are always the ones who surprise judges and viewers, who have little or no faith that they can pull off the grueling rehearsal schedule and stressful competition.

In addition to possessing good looks, spunk, and charm, the North Carolina teen has dance talent few probably expected and it helps that he and partner Emma Slater (and Allison Holker during Switch-Up Week) have made a point of playing up to his young age and youthful energy to wow over the judges and hold the audience in the palm of their hands. As of week five, nine couples remain and I'll be the first to admit: Grier has stiff competition, from Carlos PenaVega and his wife Alexa PenaVega, in particular, but this kid can totally defy all odds and become the show's youngest-ever winner.

1. He Has Energy For Days

This competition isn't simply about who has killer moves, it's also about which contestants know how to pace themselves and have the endurance and mental strength to take them from the first rehearsal until the very last competition. It's easy to burn out or push so hard you injure yourself, but Grier has strength and stamina in his favor, as anyone can witness from his impressive quickstep.

Grier and Slater have been able to achieve a beautiful balance between classic moves and contemporary and energetic moves. In a sea of the same old cha cha's and sleepy waltzes (though, seriously, Nick Carter's was awesome), Grier has been a positive force on the show and a breath of fresh air.

3. He Works Well With His Partners

Slater's feelings about Grier are pretty obvious — they move together as if they have been partners for a lifetime — but the true way to gauge a contestant's ability to work well with partners comes during Switch-Up Week. Holker adored Grier so much she blogged about the experience of working with him and said,

I absolutely adore this guy, we had an amazing time together. We have been laughing and getting along so well. He has such a fun-loving, carefree energy about him, that you can’t help but have a good time. We were relating and talking about music, movies, riding airboards together, and just plain allowing ourselves to work hard and play hard. Switch-up can feel very nerve racking, just because you don’t know what’s going to happen or if you and your new partner will get along. So needless to say, I was so grateful to have had the experience I did with Hayes — thanks for being incredible.

Aww. Anyone who is that open to learning from his pro partner is only going to improve with every rehearsal.

4. He Has An Amazing Support System

Was there a dry eye in the house when Grier returned home to his mother and sister after months in Los Angeles filming DWTS and the audience discovered his bond with his mom is too strong for words? "My mom supports me for everything, so I can't thank her enough for that," Hayes said in a taped segment backstage. "Mom, I loved you so much. Thank you for everything." With that kind of loving support system at home, Grier will work twice as hard to win the competition.

5. His Win Could Help Lure In A Younger Audience

The most important factor in Grier's win is that he can dance, of course. But a sweet benefit would also be that DWTS might continue to seek out young contestants like him and Bindi Irwin and that a younger viewing audience will tune in to watch each week (it was reported in 2013 that the median age of DWTS viewers is 62!).

Again, as long as he wins fair and square and on the basis of his dance talent, it doesn't hurt that Grier might serve as a teen role model for kids who relate to someone who is down-to-earth, more mature than his years, and so cognizant of others' feelings that he was reluctant to mess up during rehearsals with a pregnant Holker because, he said, "I didn't want to mess up and hurt my little homey in there."

Fingers crossed that Grier continues to improve and can convince judges of why he deserves to walk away with a win.