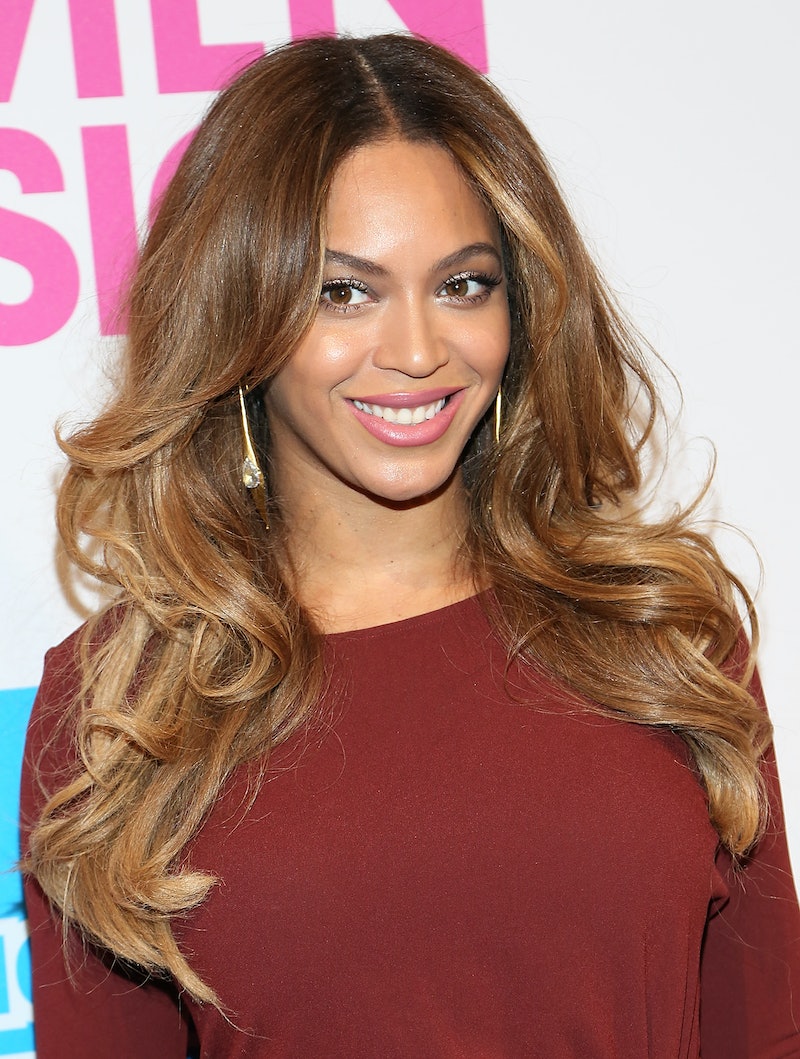 Fall might be in full swing, but if Beyonce's Beat Magazine cover has anything to say about it (and it does, because this is Queen Bey we're talking about), summer has definitely not died yet. According to Perez Hilton, Beyonce covered the relatively unknown magazines latest issue, but I have a feeling Beat is about to jump in its circulation with this one.

The Drunk in Love singer solidified her love for one-pieces by posing in various colorful one-pieces in the summer-inspired editorial. Though one is rainbow colored, the others follow more of a patriotic theme, with red, white, and stripes. Bey even wraps herself up in a giant American flag in some shots, while posing in front of it on the cover. I mean, this would have made a killer Fourth of July issue, but whenever someone wants to give us Beyonce — I'll take it.

But to prove they aren't totally seasonally confused, Beat threw a Halloween question at Beyonce, asking her which Destiny's Child outfit she would wear for Halloween. "Survivor era with the army fatigues. Or maybe Bootylicious with the gold tooth and pink tips in my hair," she said. BRB, stealing those costume ideas.

In case you need more Beyonce in your life, here are 7 other times she rocked a one-piece.

This is the one photo from the shoot that didn't scream "'Merica!"

She's literally the queen of chic.

Kind of digging that hat with it.

5. Laying In The Grass

6. Up Against The Windows

Maybe the coolest way ever to wear a sports jersey.