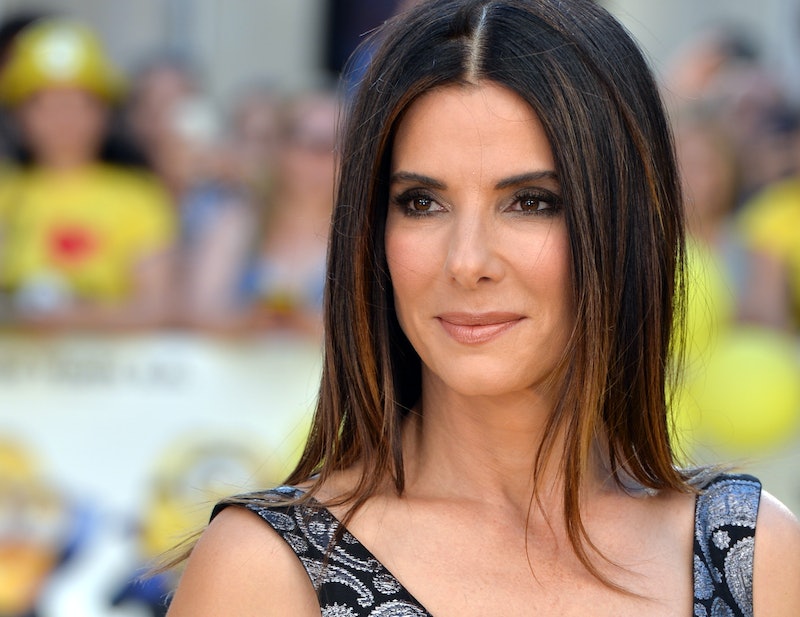 Some conversations with kids are tougher to have than others. But Sandra Bullock is not afraid of tackling the hard topics with her 5-year-old son Louis. And since Louis is black, Bullock has already begun talking to him about some specific difficulties he could face during his life. As she explained in a new interview with BET, Sandra Bullock is already teaching her son about racism. She said,

He fully understands what that means. He doesn’t understand why people judge each other based on color of their skin, but he knows they do. He also knows there’s sexism, he knows that there’s homophobia. I want him to know the truth, but I also want him to know the good in the world as well. Those are hard conversations to have. It’s not any conversation any parent wants to have with their child, is that you’ll be judged by the color of your skin rather than the content of your character. But it exists, and I want him to be safe and I want him to be aware.

It is worth applauding the Oscar-winning actress for her decision to start these conversations early on in her child's life, because she is arming him with knowledge and information he will undoubtedly need. Considering he is likely around other children and has a white, and very well-known, mother, it's very possible that race is already something he is aware of — and there is no doubt that race will continue to be a part of his life as he gets older. So, the 51-year-old actress is doing something necessary for her particular situation, but it is a great thing that she is opening up about it for other parents to hear. New parents everywhere could take important notes from Bullock.

After all, the alternative to teaching a child of color about prejudice is pretending that it does not exist. And as I think we all know, pretending something does not exist does not make it disappear nor make it nonexistent. If anything, it could exacerbate the problem and make it even worse for the child experiencing the prejudice. The problem could worsen further if the child feels like his or her problems are entirely in the imagination or not worth examining or solving.

And Bullock seems very aware of those potential repercussions, even though she's never experienced them herself. She even went so far as to call prolonging the prejudice conversation a "disservice." She said,

I think if you don’t start the conversation early on, you’re doing them a disservice. Once he leaves that house and I’m not with him, it’s his life and how he approaches it is his decision. But I want to know that I did the best I could as his mom to educate him on the ugliness in the world, and also the beauty.

Bullock demonstrates that information is power, she is obviously prepared to impart both to her son. Of course, it will ultimately be up to Louis how he chooses to use that information and power once he gets older, but for now, it looks like his mother has him set up for a great start. And she sends a great message to other parents — particularly parents of children of a race other than their own — raising children of color in the process: open up the conversation and open it up early.