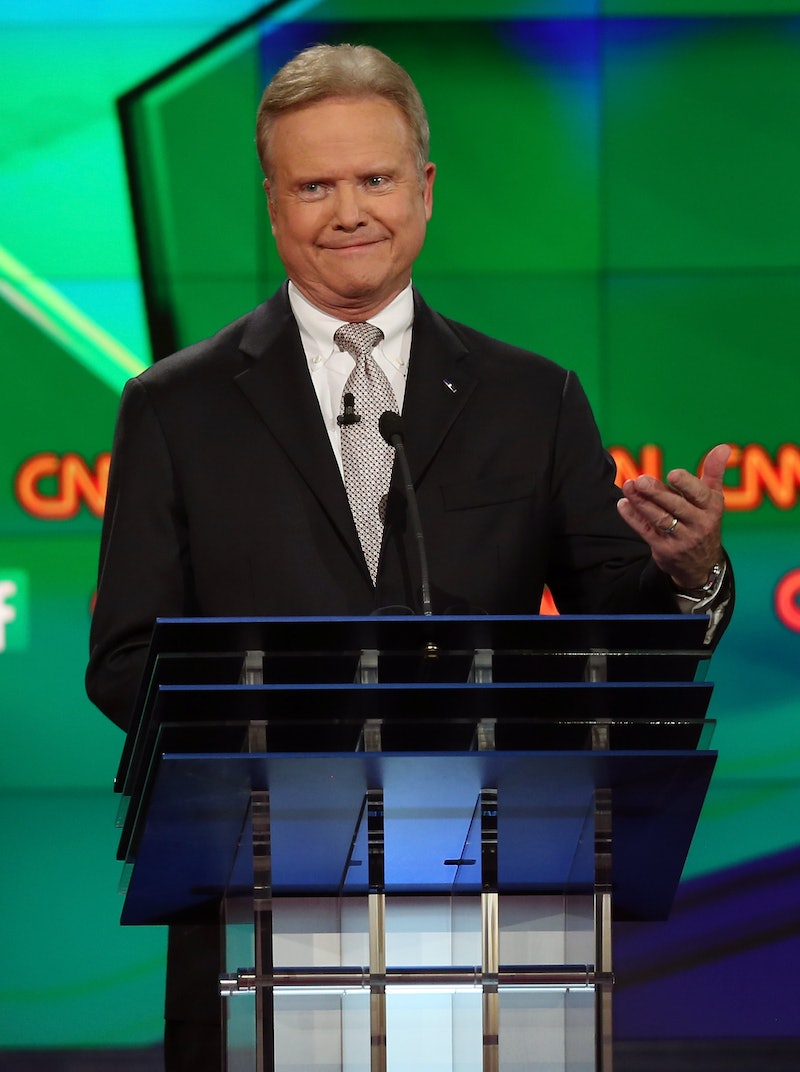 The first dropout of the 2016 Democratic presidential race is finally upon us. And, defying all reasonable expectations, it wasn't Lincoln Chafee. Fresh off the heels of a roundly criticized, widely mocked performance in the first Democratic debate, former Virginia senator Jim Webb has dropped out of the Democratic primary, bringing his low-profile, low-impact candidacy to an end. That's not to say that he's definitely out of the picture for 2016, to be clear. On Monday, Webb had already started teasing the possibility of an independent run, which was a pretty clear indication that his withdrawal from the Democratic race was looming.

Webb announced his withdrawal from the race Tuesday in a conference at the National Press Club, clarifying strenuously that he still had his eyes on that kind of an independent candidacy and insisting that his dropping out was not a reflection of him being any less concerned about the direction the country is headed. Specifically, he argued that average Americans are weary of hearing Democrats and Republicans act like enemies, clearly invoking the language of the independent candidate. Here's what he told the assembled reporters:

I fully accept that my views on many issues are not compatible with the power structure and base of the Democratic Party. For this reason I am withdrawing from any consideration of being the Democratic Party's nominee for the presidency ... Poll after poll shows that a strong plurality of Americans is neither Republican nor Democrat. Overwhelmingly they're independents.

So there you have it! Webb’s longshot Democratic bid has come to an end, and while he hasn’t officially announced an independent candidacy, his interest was plain. He claimed that he was sure he’d garner significant financial support if he stayed in the race, and said that he’d be gauging interest and support in the weeks to come. Of particular note is that Webb isn't even sure whether he identifies as a Democrat any longer, as when he was asked, he replied that he'd "think about that."

Of course, if he was perturbed that he didn’t get enough time in the first debate, being cut out of the debate stage altogether as an independent might be pretty rough. As it stands now, the 15 minutes of speaking time he was so rankled by will now be sliced up between the remaining four candidates: Hillary Clinton, Bernie Sanders, Martin O’Malley, and Lincoln Chafee.