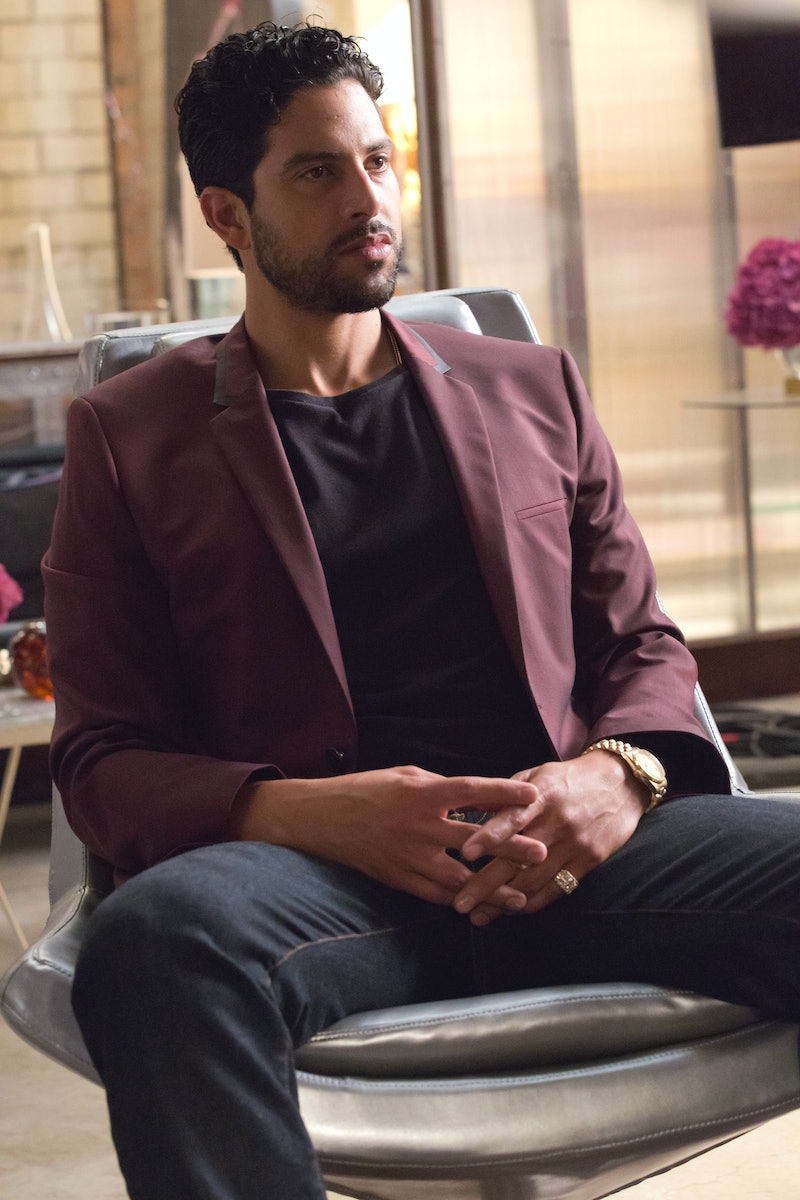 Lucius Lyon may be out of jail, but the release of "Snitch B*tch" alone tells us that a romantic reunion is a long time coming, if at all, for him and his former missus. In fact, Cookie will have a new love interest this season named Laz Delgado. He will be played by Magic Mike's own Adam Rodriguez on Empire Season 2. What is Laz up to on Empire, and does this definitely mean that Mimi Whiteman doesn't stand a chance with Cookie? I'm not surprised.

When Variety announced the casting, they described the character as a smooth-talking, expert hustler. Laz Delgado is a club/concert promoter and former EMT. Sometimes you have to follow your dreams and not save lives, I guess. He will recur as a guest star. According to an interview with Access Hollywood, Laz understands Cookie better than some of her former suitors and wants to treat her with respect. Good! I know the actor is a fan of the 'ship too, he is already trying to get #CookieandLaz trending on Twitter and Instagram. That same Access Hollywood interview also points out that the two actors have worked together on screen before as romantic interests. "We definitely have chemistry," said Rodriguez.

In an interview with The Urban Daily, the actor went even more into detail and I'm starting to see where the conflict is going with this character. Rodriguez emphasized that the character worked with the NYPD. Empire has addressed many real issues before, and the tension between a former cop and recently released criminal with romantic feelings would be an interesting way to dive even further into those issues. We've seen this before on television too. Nancy Botwin, who was a drug dealer on Weeds dated a DEA Agent. On Empire, Cookie also has Andre and Rhonda to worry about, as well as whatever is leftover from Lucius and his shenanigans. Could their relationship cause problems for the family if secrets become uncovered? He's either the perfect person to get close to at a time like this, or a huge mistake.

Of course, nobody comes on Empire without a music business agenda of their own. What does Laz Delgado want? How do they meet? I presume that he's looking to put something together for Lyon Dynasty and their new talent. I'm sure that Cookie will want to have a lavish event, and perhaps the two of them will butt heads over the details. Other than that, it looks like this is going to a fun romance to watch play out. Unfortunately, the one thing we probably won't be seeing from Adam Rodriguez on Empire is any singing or dancing, which as Magic Mike fans know, is truly unfortunate.

More like this
Megan Thee Stallion Actually Auditioned To Be This 'P-Valley' Main Character
By Radhika Menon
Everything To Know About 'And Just Like That...' Season 2
By Jack Irvin
13 Daenerys Targaryen Quotes To Get You Fired Up For 'House Of The Dragon'
By Marina Watts
An Ultimate Guide To The Music Of 'Rap Sh!t'
By Brad Witter
Get Even More From Bustle — Sign Up For The Newsletter