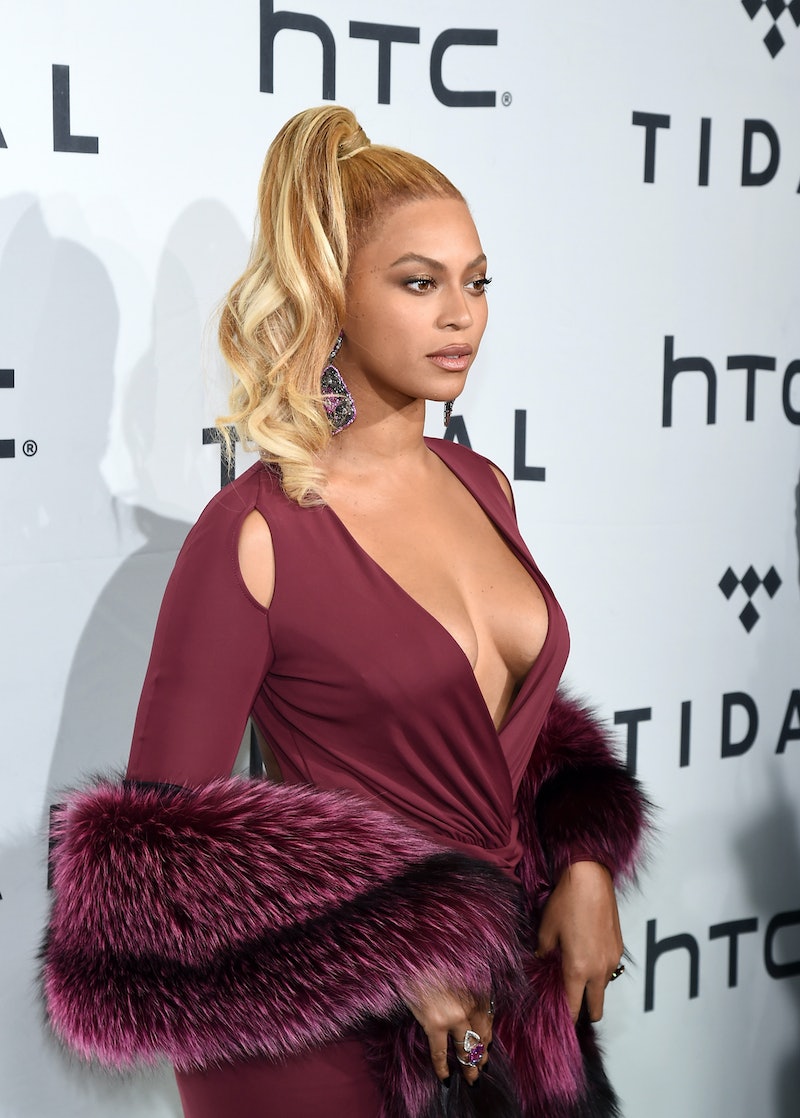 As cliche as it is to say, some celebs really are like fine wines, truly getting better and better with each passing year. Beyonce showed off her curves in a maroon dress, which she wore to a Tidal gig. She once again looked flawless in a wine-hued dress, reminding us that she is one of those celebs who just looks better by the day.

The singer showed off front sideboob and her amazing shape in this maroon Philipp Plein frock, which she paired with a matching Georgine fur and Louboutins.

The dress had multiple cut-outs, highlighting her cleavage, her shoulders, her back, and a bit of thigh. It may have been sliced and diced all over, but it was sexy. The dress was cinched at the waist and had a wrap construction. It clung to Beyonce like it was designed with her frame in mind!

Bey was also wearing a golden blonde, high and tight side ponytail, which is a coif style that she loves and repeats. She wore a similar pony to the 2015 Met Gala, pairing it with her naked and sparkly dress.

The Queen Bey knew that she looked amazing. Duh! The fur wrap added another dose of glam to an already dramatic dress. The color was also rare and unique for the red carpet, but Bey brought it to life, as it popped against her gorgeous skin.

Bey was being all coquettish while showing off some leg.

She was strutting her stuff.

There literally were cutouts everywhere!

The dress was playing a serious game of peek-a-boo.

Bey did show quite a bit of sideboob but it was never vulgar. Thank the fashion gods for double-stick tape.

What a glam diva.

The high, tight, and curled pony was the right hairstyle for this ensemble. It showed off her neck, cleavage, and those statement, shoulder-dusting earrings.

The side pony is a Bey fave. This was the second time she wore this look and this hair hue at the same time. Obviously, she digs it.

Blue Ivy's mother loves a high and tight ponytail in a golden shade.

Bey has done a sleek, slicked back version of the glam pony.

Beyonce is pretty much batting 1000 when it comes to glamorizing the ponytail. High, low, voluminous, sleek, whatever. She does it right.