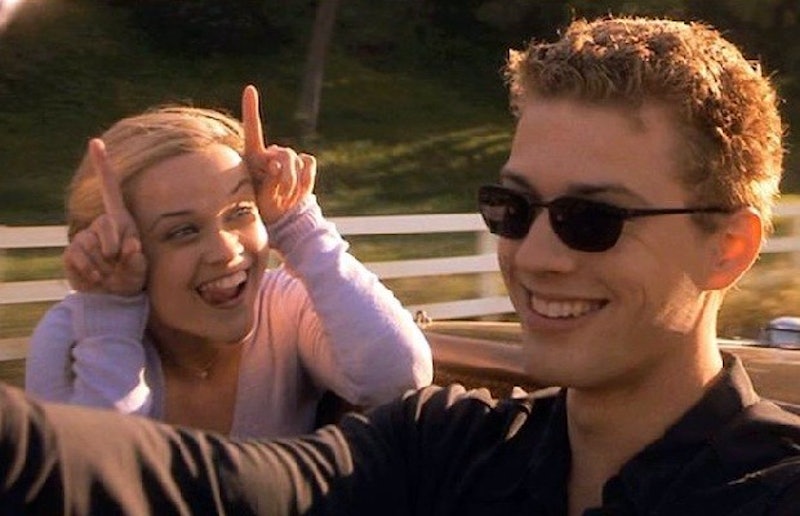 In "everything old is new again" news, cult classic film, Cruel Intentions , might be made into a television show. According to E! Online, NBC, "has ordered a new show from original movie writer-director Roger Kumble, along with Cruel Intentions The Musical creators Jordan Ross and Lindsey Rosin." Despite my feelings on the matter, which are strong and extensive, I'll let you come to conclusion on your own. Because I'm diplomatic like that. According to the site, the show "will follow the son of Ryan Philippe's Sebastian and Reese Witherspoon's Annette, who was obviously conceived before Sebastian's tragic death." The premise is as follows:

Now, 16 years later, their son, Bash, will stumble upon his late father's journal and learn of the family legacy he never knew existed. Determined to find answers, he leaves his small Kansas town for a scholarship to Brighton Preparatory Academy in San Francisco and finds himself in a world of sex, money, power and corruption."

First things first, they should have made this Bash character a girl so that Witherspoon and Phillipe's real life, 16-year-old progeny could play their fictional, 16-year-old progeny. Ava Phillipe, let it be known that I was rooting for you — even though you may not even want to be an actress at all. Whatever, I think that would have been a brilliant casting decision, but to each his own. Since Bash is a dude, here are the actors that I think would make him come to life.

Been rooting for him to star in everything since he was Selena Gomez's little bro on Wizards of Waverly Place. That comedic role, coupled with his stint on The Fosters, proves that this guy has range.

This could be a big break for the actor, who is Peyton List's twin brother. You can't deny that he's got a distinctly Phillippe look and vibe to him.

I think that this trailer proves he can do more than a vine. Plus, he's super popular with the kiddos.

With Teen Beach Movie and Austin & Ally under his belt, a heavier, more intense role feels like it's on the horizon, no?

He was on both The Fosters and Finding Carter; angsty teen melodrama is practically his middle name.

The Good Wife and Staten Island Summer actor has proven that he knows how to exact that boyish charm this particular role would require.

I think that these actors could honor the movie's authenticity and possibly sway the opinion of any haters who might think a TV show would ruin the movie forever. Possibly. There's no reasoning with some people.