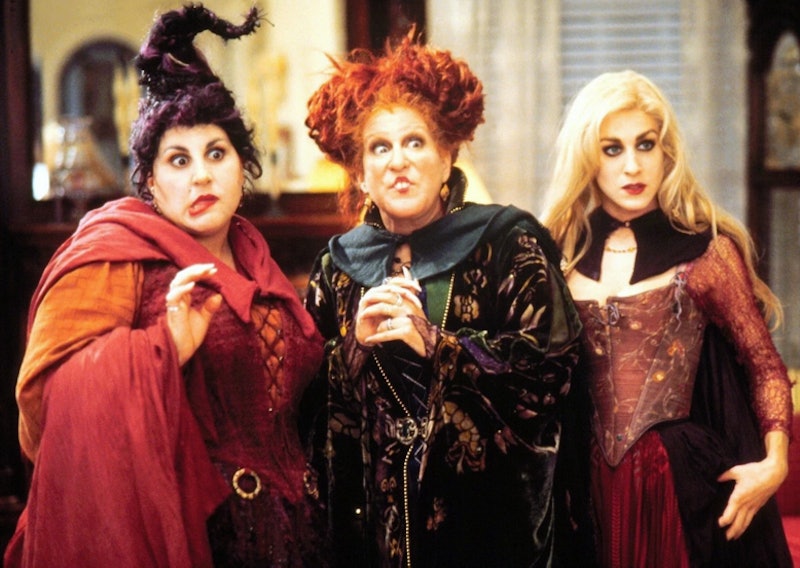 Growing up, for me one of the best parts of Halloween was always the final night of the "13 nights of Halloween" on what was then FOX Family, and is now ABC Family. You would leave the house 30 minutes into Casper Meets Wendy, starring a pre-Lizzie McGuire Hillary Duff, and excitedly return home to Hocus Pocus, watching it as you unwrapped Halloween candy on the living room floor. While our trick or treating days may be behind us, we can still enjoy the magic that is the Halloween movie marathon.

Though our tastes may be a bit more grown up, and most of us can stomach some scary Halloween thrills, there are still Halloween movie marathons for everyone. There are horror fests for the thrill seeker. Nostalgic throwbacks for those of us who are still kids at heart. And marathons for those who are actual kiddos. Here’s a guide to all of the movies you can marathon on TV this Halloween.

Learn about the original Scream Queen, Dean Munsch (aka Jamie Lee Curtis), on AMC this Hallows' Eve. You can watch the Halloween film franchise all day starting at 6:30 a.m., though the movies are appearing out of order, so here's AMC's Halloween schedule.

Spend Halloween with Bella and Edward. The Twilight films will air in order from 7 a.m. to 6 p.m., followed by a Scream Queens marathon.

Or spend the day with Freddy and IFC, beginning at 7:15 a.m.

SyFy's "31 Days of Halloween Spook-a-Thon 2015" culminates on Oct. 31 with Insidious and Insidious Chapter 2, at 4 p.m. and 6:30 p.m. respectively. The network will also air The Omen, 1408, Blade II, The Conjuring, and The Texas Chainsaw Massacre: The Beginning on Halloween.

After kicking off Halloween at 9:30 a.m. with the short Toy Story of TERROR!, Disney channel's "Monstober" will air Halloween TV episodes for the rest of the day.

Turner Classic Movies will air classic horror films all day, like White Zombie (1932), which is often regarded as the first zombie film.

Sundance is hosting a Stephen King marathon all day on Halloween with (in order) Silver Bullet, Firestarter, Cujo, Pet Sematary, and The Shining.

So no matter how you celebrate Halloween, rest assured you'll have plenty of great spooky movies to come home to.