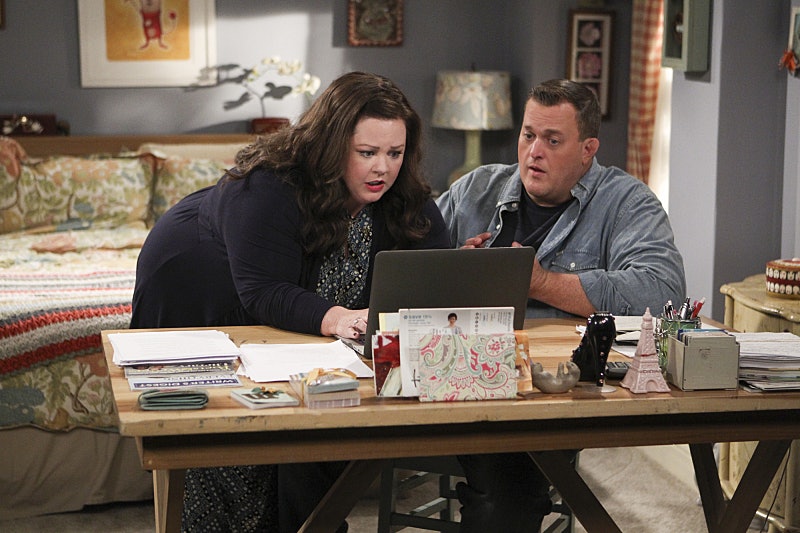 Finally on CBS' Mike & Molly, Molly Flynn (Melissa McCarthy) has achieved her dream of becoming a published author. In Season 5, she published her first romance novel, a huge feat for any writer, and she was at work on another one. But what is Molly up to in Mike & Molly Season 6? According to social media, the series has just started taping its sixth season and there's no official word on Molly's pursuits, but I bet it'll have something to do with her new writing career.

In the fourth season, Molly quit her job as a teacher to embark on a career as a writer and it's gone well for her — she attended the prestigious Iowa Writers Workshop (like Hannah in Girls) and has her name in print (and ebooks) everywhere. But being a writer is great because it can be done in so many different ways. Writing a book is a great accomplishment, but perhaps Molly will want to try to flex her writing talent in a different way in Season 6, because there are so many other kinds of writing she can do. And I bet hilarity will definitely ensue.

Here are some writing paths Molly could pursue in Season 6.

Now that Molly has one book down, she could try to adapt it for the screen and write a movie script. I think she'd have some fun with a little ol' book called Save The Cat.

As we all know from the big screen, McCarthy is a gifted physical comedian, so how about she show it off with Molly performing some intense poetry on a stage?

It's a challenge to come up with slogans and alluring copy to sell a product, but I think it would be a fun and funny one for Molly.

What if Molly develops a nose for news and decides to start doing some freelance reporting for a local news outlet? Believe me, journalism keeps you on your toes when it comes to writing and deadlines.

A lot of authors these days have to start up a blog and/or social media accounts in order to promote a book. But what if Molly gets a little to into the internet scene and starts obsessing over followers, SEO, and "Hotline Bling" memes. Hey, it could happen.

McCarthy is a talented improviser who studied and performed with The Groundlings, one of the most prestigious improv theaters — but that doesn't mean Molly is. What if the character followed in the actress' footsteps and decides to study the art of improv and sketch comedy? Mike & Molly does take place in Chicago, home to The Second City, one of the oldest imrpov schools in the country. And trust me, improv makes you do lots of weird stuff that later inspires written sketches that might find their way to YouTube. Molly would have a lot of fun with it, and we'd have even more fun watching it all happen on Mike & Molly Season 6.