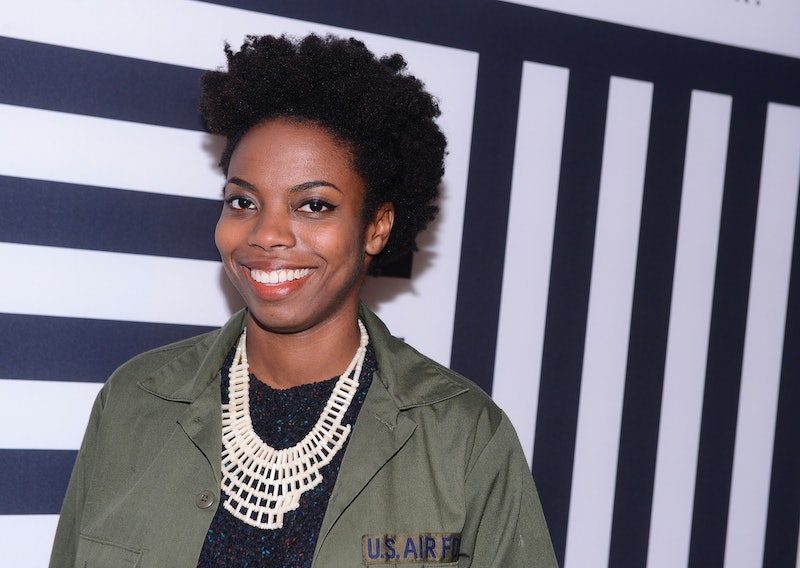 As if Saturday Night Live cast member Sasheer Zamata wasn't amazing enough, she's making it a priority to use her burgeoning career to raise awareness for an important to her: privilege, concerning both race and gender. Recently, Sasheer Zamata became a celebrity ambassador for the American Civil Liberties Union, and in a video released on Tuesday, the 29-year-old points out just how dangerous it is when people can't see their own privilege. It's funny, but also pretty frustrating, and that's the message she wants to get across. As the title of the video says, "Women's Rights Are Still a Big F*cking Deal."

In an accompanying essay the comedian wrote on the ACLU's site, she says of privilege,

You see, some of us have more of it than others due to a bunch of factors we can’t control. It’s a secret weapon that helps us even when we don’t know it, makes structural discrimination difficult to see, and disproportionately affects women.

The video follows Zamata and a white, male friend strolling around discussing privilege, which he is blissfully unaware of, even as he benefits from it on their walk and Zamata is stopped-and-frisked, cat-called, and ignored. It's a hilarious and accurate micro-view at the life of a woman of color, and how there are so many factors that come into play that put people without certain privileges at a disadvantage and make them have to navigate the world in a different way.

Continuing in her post for the site, Zamata also does well to mention that as a society, we have made progress, but that doesn't at all mean we don't have a long way to go, and we certainly don't live in a post-racial world. She writes,

Sure, we’ve made incredible strides in the past several decades. Without them, I wonder if I would have made it to SNL. But women still face greater barriers in employment, education, health care, and criminal justice — especially those of color and living in poverty.

She also touches on reproductive justice and the importance of a woman's right to choose, and points to the fact that women make less than men in the workplace, and that African-American women make even less than white women.

The video and Zamata's statement are both great, accessible pieces that call for more attention to be paid to privilege, and how recognizing your own privilege is the first step. It's a tough subject to broach and can often incite a defensive response from someone when their privilege is "called out." Zamata chooses a friendlier, more patient approach. She's using her celebrity for more than a worthy cause, and one that is pervasive in everything.