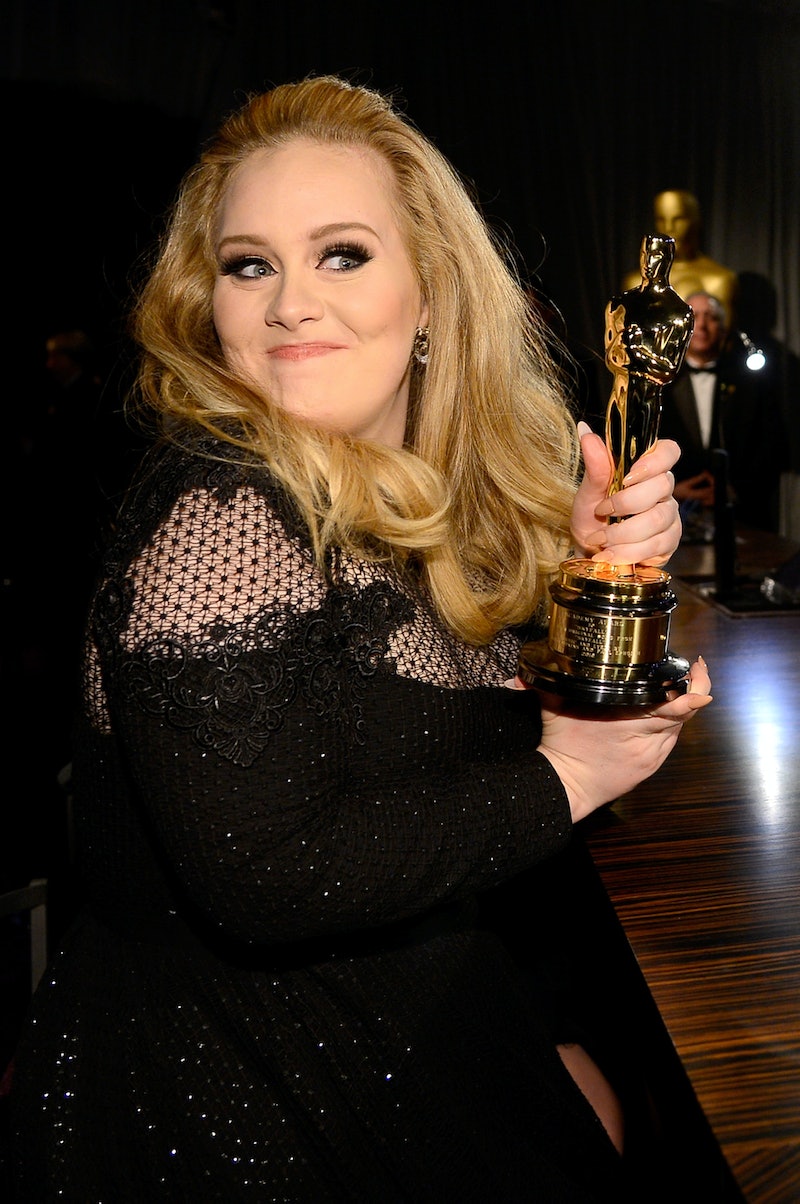 By now, you've probably heard Adele's hauntingly beautiful new song "Hello," her first in three years after her bestselling album 21. And you might have heard sources claiming that it is not about her current boyfriend Simon Konecki. But that claim might raise some more questions rather than answers, and not just about the subject of the new song. Some people might be wondering who Adele's boyfriend Simon Konecki is and what he is all about.

As all fans of the British singer-songwriter know, she likes to keep much of her personal life private, including her relationship with Konecki, which reportedly first began in 2011 after they met in the U.K. In the years they have been together, she has only discussed him a handful of times, so chances are she's probably not going to give her followers a play-by-play on their ongoing romance. But from what has been revealed about Konecki, he sounds like a stand-up guy.

Konecki is the co-founder of the U.K. bottled water company Life Water. He is also head of the company's charity Drop4Drop, which has the mission of bringing clean water to developing countries, so he is obviously passionate about some important causes and initiatives. He's more than just an ordinary businessman, and he has proven that over the years.

Interestingly enough, Konecki was actually a former financier before he co-founded the company and headed the charity that he works for now. When asked by the U.K. publication The Grocer about the most rewarding part of his current job, he said, "Definitely seeing the smile on a kid's face when they try clean water for the first time." Aww! It seems like this guy is perfect for Adele.

After all, they're both hard working, they both have big hearts and aren't afraid to show it, and they both have a soft spots in their hearts for charity. As you might remember, Adele has done quite a bit for the charity group Amnesty International, including covering a Bob Dylan song for charity. So it makes sense that she'd pursue a guy with a heart in a similar place. And even though Adele rarely speaks about Konecki (except to address and deny split rumors), she frequently shouts out his charity in a show of support.

And of course, Konecki supports his songstress girlfriend in her fantastic career endeavors as well. When the two aren't working their butts off and changing the world, they're spending quality time with the beautiful child they have together, 3-year-old Angelo. It sounds like everything is going so well for them, which is a really positive thing to see, especially considering all of Adele's sad (but stunning!) breakup songs about past relationships. Good for her, and him, of course!

More like this
Demi Lovato's New Song "29" Hints At Their Age Gap From Ex-Boyfriend Wilmer Valderrama
By Jake Viswanath
Leona Lewis & Husband Dennis Jauch Welcomed Their First Child
By Darshita Goyal
Who Is Camila Cabello Dating? She's Getting Cozy With Lox Club CEO Austin Kevitch
By Radhika Menon
Who Is Bad Bunny Dating? Gabriela Berlingeri's Vocals Are Featured On His Song "En Casita"
By Radhika Menon
Get Even More From Bustle — Sign Up For The Newsletter