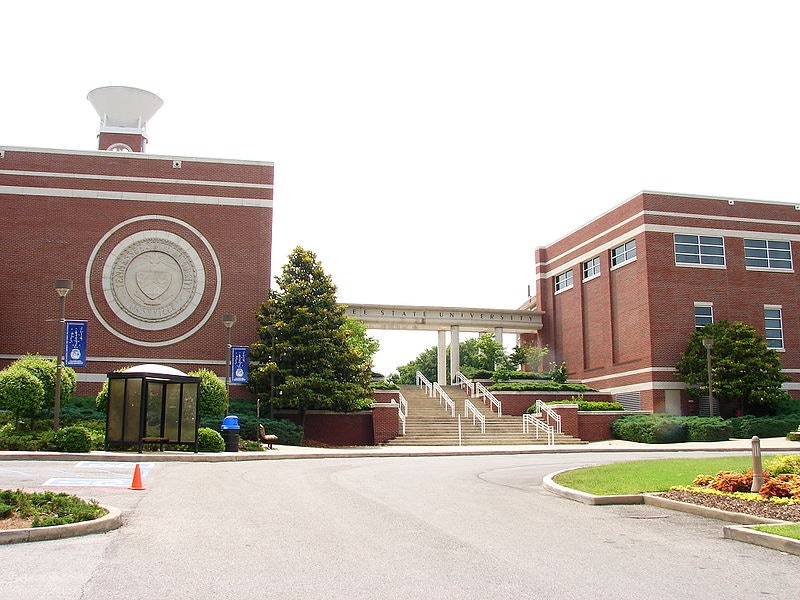 A shooting at Tennessee State University shortly before 11 p.m. Thursday night left one man dead and three women wounded. Nashville police said Friday that the shooting stemmed from an apparent dispute over a dice game. According to university spokeswoman Kelli Sharpe, the dispute occurred because two men not enrolled in the university may have been gambling during a student gathering in an outdoor courtyard on the TSU campus. Police spokesman Don Aaron confirmed that the 19-year-old who died in the shooting was not a student at TSU. Sharpe told CNN that the assailant — who fled the scene on foot following the shooting — was not also a student there.

All three of the 18-year-old women who were wounded were students at the university. One of the wounded was grazed and did not require medical attention, while two others were hospitalized at the Vanderbilt University Medical Center with non-life-threatening injuries. One has already been released, while the other is in stable condition. Aaron described these students as "innocent passers-by," and according to Sharpe, their names will only be released after their families have been notified.

“This was an isolated shooting incident in a courtyard,” Aaron said. “There were never, we believe, any other students in danger in dormitories or elsewhere on campus.”

However, Aaron did point out that the innocent students who were at the gathering had been in danger, and encouraged them to come forward to report what they knew by calling 615-64-CRIME. Indeed, several students filmed the dispute between the two men on their phones, and police were able to obtain some of that video.

University spokesman Emmanuel Freeman told The Tennessean that the release of the shooting victim's name was pending notification of his family. Meanwhile, a description of the suspect is not yet available, and as of Friday morning, The Tennessean reported that metro police were still searching for the gunman.

Thursday night's shooting marked Nashville's 58th homicide of the year, and adds to the growing number of campus shootings, with roughly one school shooting taking place per week in 2015. Just last week, three people were wounded by gunfire at an off-campus party across the street from TSU — which is Nashville's only public university — and the gunman in that shooting is still at large, according to The Tennessean. Mass shootings have been making headlines consistently since Oct. 1, when a shooting at Oregon's Umpqua Community College left 10 people dead.