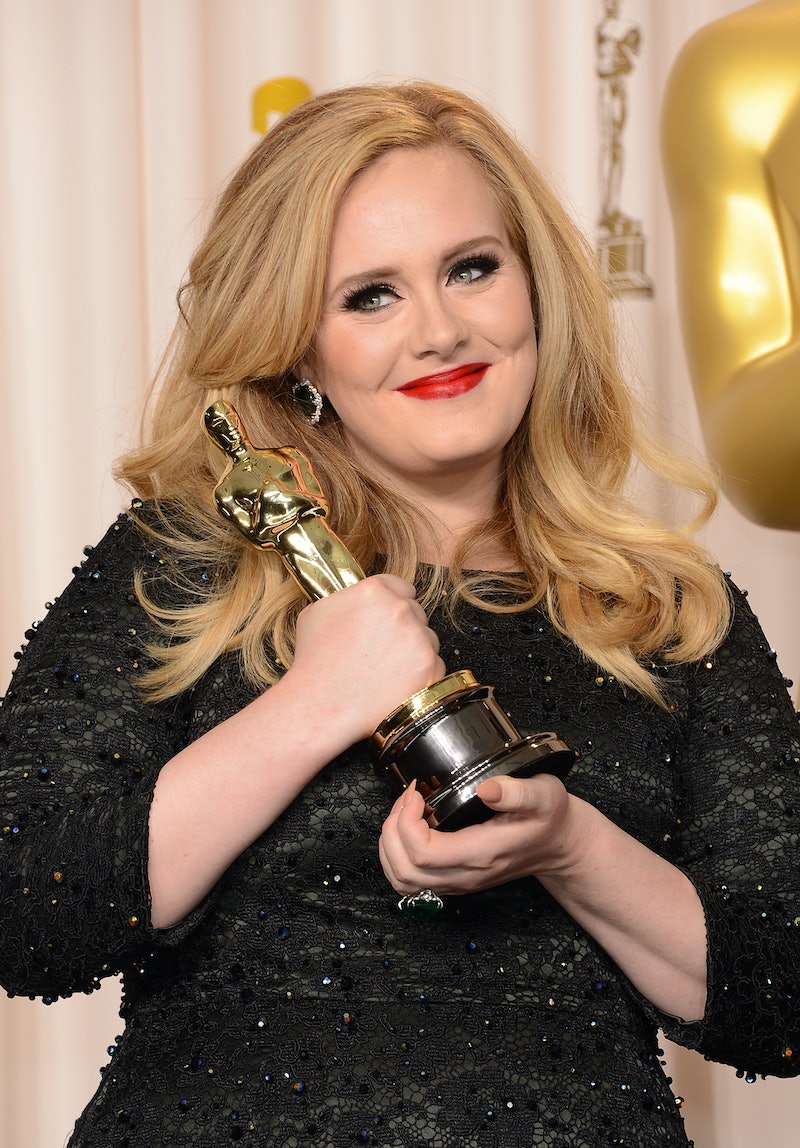 On Friday, British songstress and vocal queen Adele released her first single, titled "Hello," from her upcoming album 25 — and it is glorious. Like rain from heaven after a drought, totally and completely glorious. "Hello" was released Friday, and it took the Internet exactly 30 seconds to begin drawing connections between the latest from Adele and Lionel Ritchie's 1983 single, "Hello."

What, you may ask, does Adele's epic love poem about a past relationship have to do with Lionel Ritchie's iconic song about unrequited love? Nothing — these two songs have absolutely nothing in common. Besides, maybe, a shared affection for the simple english greeting of "hello," and the fact that both of these songbird had grade-A awesome coifs.

But when the Internet puts its mind to something, it cannot be stopped.

So brace yourself. People with too much time on their hands and a basic understanding of Final Cut Pro and Photoshop have created the mash-ups that you never knew you needed, but now definitely need to see.

From Vine to Twitter to YouTube, the Internet is extremely talented and has got this thing covered.

It Started Out Small

It first began with a few persons from the corners of the Internet noticing a similarity between the two songs:

Then the persons of the Internet began to gather, starting small, but swelling into a zombie-like plague that Adele and Lionel be joined in musical harmony.

Then, Vine Got In On The Fun

Finally, The Internet Perfected The Mash-Up

The mother of all Adele/Lionel Ritchie mash-ups has hit the Inter-webs, and the result is the greatest thing you will see all day, all week, maybe all year — it's just that good.

The Internet Has Expanded Its Aim

After perfecting the Lionel/Adele mash-up, the Internet began to mash Adele with other pop icons. Its first victim? Taylor Swift.

This meme is perfect because it reminds everyone Adele is number one, and it's best no one forgets that. #AdeleIsQueen

Lastly, The People Of The Internet Just Celebrated The Awesomeness That Is Adele

Adele is a beautiful songbird deserving of love and praise. The Internet knows this.

Celebrities even got in on the Adele lovefest.

So thank you Internet: You have reacted to new Adele music appropriately. You never disappoint.