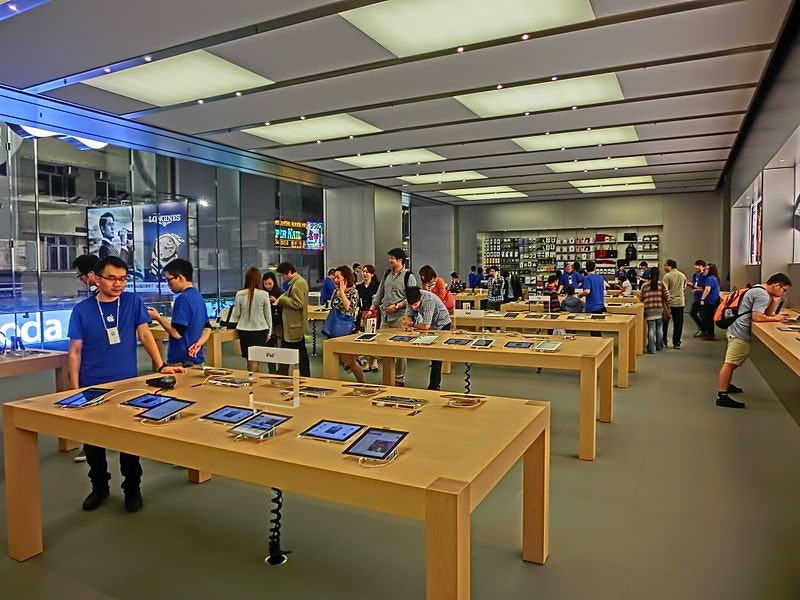 When a person thinks of a library, they tend to think of, well, books. But for one library in Texas, that idea is so last century. It seems Texas just gets really creative with libraries, I guess. Now a new, bookless library has opened in the San Antonio, and so far it seems surprisingly popular. The library is on track to exceed 100,000 visitors in its first year. In fact, it can apparently be difficult for patrons to find an open iMac once the nearby high school lets out, and half of its e-readers (which each hold up to five books) are checked out at any given time.

Overall, this library, called BiblioTech, actually sounds pretty awesome — even if it is modeled after an Apple Store. But moving past the employee uniforms, the library is located in a economically depressed neighborhood where most families don't have WiFi at home. The area also doesn't have a bookstore, something residents have been vocal about in the past. Yet in spite of the hard economic times in the surrounding area, none of the e-readers BiblioTech has checked out have failed to be returned.

The biggest appeal of a library like this seems to be the price tag. Though the library purchases e-books for the same price as hard copy books, the library itself came at a fraction of the cost. Instead of needing to construct a building capable of holding thousands of physical books, the city was able to move the library into an old strip mall that they currently share with a county government building.

So is this the way of the future? Who knows. I find it hard to believe bookless libraries will become the norm within our lifetimes, but it's hard to deny the benefits, especially for cities that can't afford to construct a traditional library. BiblioTech is so far the world's only public library with no books whatsoever, but they've already seen visitors from all over the world come to take a peek and maybe import the idea back home. So who knows what the future might bring.

For San Antonio, hopefully this library — the only one in the county — will prove a positive force for the community. San Antonio is the U.S.'s seventh largest city, but ranks 60th in literacy, according to the census. So even though the thought of a library with nothing but screens makes me personally kind of sad, it's terrific that the city has been able to supply some much needed books and Internet – not to mention an awesome community space – all for just a fraction of the cost.