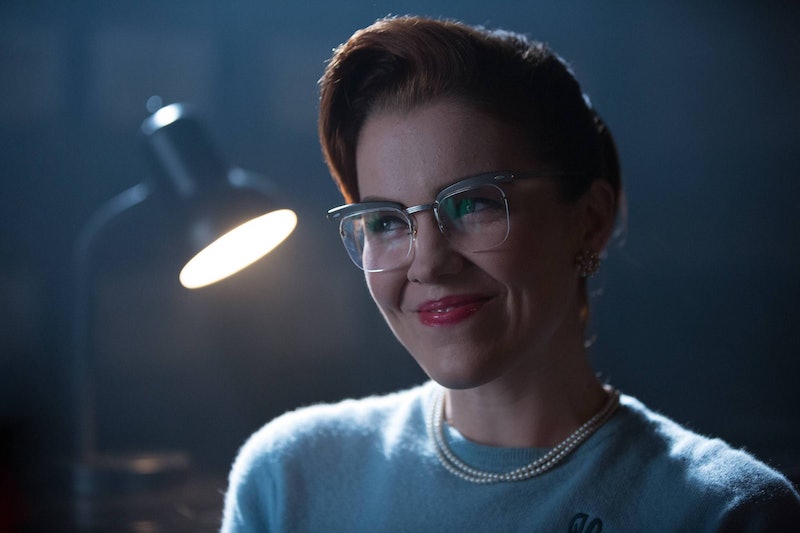 After weeks of building a budding romance, Gotham had to break fans' hearts by having Edward Nygma kill Kristen Kringle. The death scene really brought to light so many of the things that were doomed about the couple from the beginning. While Kristen seemed to be reciprocating Ed's feelings after months of his unrequited crush, there was no two ways around it — in order for them to be together, she'd need to be harboring a serious dark side of her own. And not just an appreciation for a joke about her abusive ex, Tom Dougherty, being dead. More like an actual appreciation for Tom being dead.

Because when Nygma pulled out Dougherty's badge, proving that he was the cop's killer, the relationship was all over. Kristen may have been grateful to be away from Dougherty, but she wasn't about to start a relationship with a murderer, which is exactly what Ed has become. Now that he has killed Kristen, someone he really cared about, Nygma is on an extremely dark path and seems closer to becoming the Riddler than ever. What's even more disturbing is that it didn't seem like Ed was totally aware that he was slowly squeezing the life out of his girlfriend. The man's psyche is seriously fragmented, and that can only get worse.

Even though knowledge of Batman comics and years of films have hammered home the story of the Riddler, it seems like the Gotham version of the character is heading towards a serious implosion long before the Caped Crusader emerges on Gotham City. Hiding the death of a hated corrupt cop is one thing, especially when no one knew about his motive or suspected him. Now, however, both Dr. Thompkins and Detective Gordon know about Kristen and Ed's relationship, and will be wondering where she is. I don't think a simple note is going to cut it this time, even if there's a riddle hidden within it.