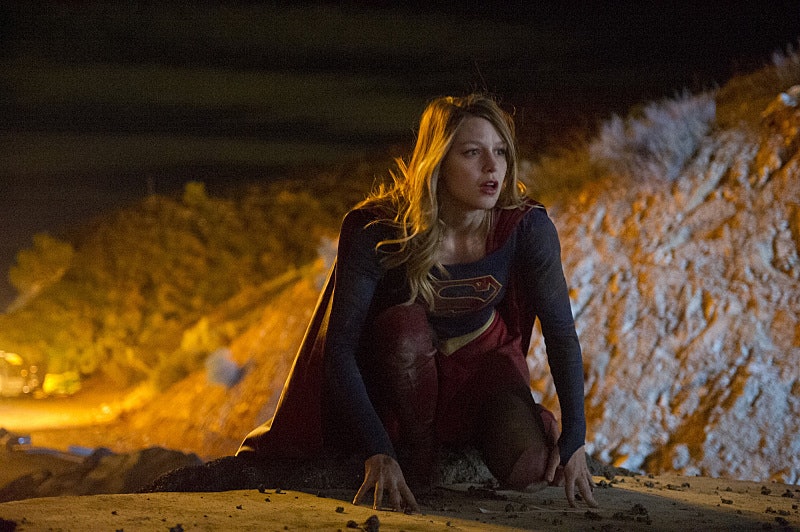 After years of false starts, Supergirl is coming to TV. And since the show took so long to get here, it deserves to be done right. Which is why CBS' Supergirl should learn from past adaptations and make sure to avoid the pitfalls that often come along with adapting this DC Comics character. There haven't been as many versions of Supergirl as there have her more famous cousin, but it's time to change that. Superman may be one of the most successful superheroes of all time, but Kara Zor-El deserves some time to shine too.

Since Supergirl made her first appearance in 1959, a lot about the world has changed, and superheroes have gone from being primarily found in comic books, to popular TV fodder, to movie staples, and now are being adapted everywhere. Yet over those 56 years, Supergirl has only had a handful of interpretations outside of comic books.

That puts some pressure on the CBS series, which premieres on Oct. 26 at 8:30 p.m., to make this live-action version of Kara a great one. Though there aren't too many past adaptations to draw from, Supergirl could definitely learn a few things from some of the less successful efforts over the years.

No one likes cheap, cynical cash-ins. That's why despite having Faye Dunaway, Mia Farrow, and Peter O'Toole, the 1984 Supergirl movie is so awful. It just copies off of the more successful Superman, even including cringeworthy references to the much better film, but with what looks like a tiny budget and a terrible script.

Let Her Fight All Types Of Villains

While the DC Animated Universe had a pretty good take on Supergirl, one small thing that's a little annoying is that most of Kara's foes were just like her, youngish female villains (her arch nemesis was her clone, Galatea). Admittedly, that's a common trope in comics — most iconic villains are mirror images of the heroes who fight them. But seeing TV's Supergirl battle all types of villains would be a lot more fun, because with her superpowers, she can take on just about anybody.

Supergirl Doesn't Have To Be Perfect

Any excuse I can get to reference the Princess Diaries soundtrack, I'll take, but the song "Supergirl!" by Krystal Harris does bring up a good pointer for the upcoming series. Just because she's "super" doesn't mean that Kara will always have all of the answers, and that doesn't make her any less empowered.

Various comics have suffered from this problem intermittently over the years, often making Supergirl's costume impractically sexy, despite the fact that she's often written as a teenager. And just think of Jeb Bush's weird gaffe where he called the new version of the character "pretty hot" during a Q&A, as reported by People. There's more to Supergirl than her appearance, and the CBS series should emphasize that. Thankfully, the new costume doesn't seem inspired by the male gaze, and even though fighting crime in a skirt probably isn't practical, it does pay tribute to Kara's femininity, which should be maintained too.

While Smallville always had problems, it was a great character study for the first few seasons. Unfortunately, the show's version of Kara never got any shading or development. Luckily, Superman isn't supposed to be a part of Supergirl , so Kara will get to be the star of her own story.

Supergirl doesn't seem to be primarily intended for huge comic book fans or people who prefer their superheroes as grim and gritty as possible. It's meant to be a female-focused spin on the traditional, four-color comic books, like an even poppier and more feminist The Flash. That's the one flaw that's doomed almost every interpretation of Supergirl, whether by trying to placate male comic readers with excessively sexual costumes or pandering to Superman fans with a cheap B-movie knockoff.

But this Supergirl is directly targeting itself at younger girls, which seems just right. It remains to be seen if the show actually turns out to be good, but for right now, it looks like Supergirl has learned the right lessons from the adaptations that came before it.