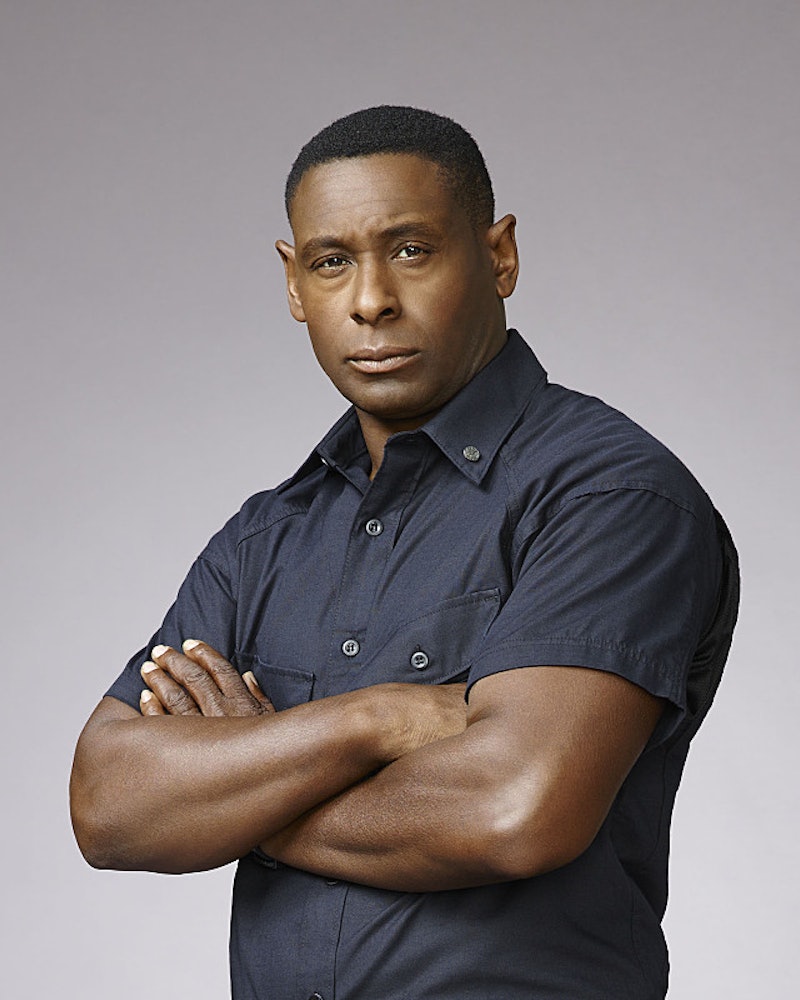 Supergirl has finally landed on CBS. So if Agents of S.H.I.E.L.D., Gotham, The Flash, and Arrow aren’t enough for you, now you can follow along as Melissa Benoist plays Kara Danvers (Supergirl) in the newest fall show. While I love a good superhero, I love a good supervillain even more, so I'm looking forward to David Harewood as Hank Henshaw on Supergirl. See, in DC Comics, Henshaw is a supervillain who really does not like Superman, though the CBS series may change all that. So what do know about this TV interpretation of his character so far?

On Supergirl, Henshaw is a former CIA agent who leads the DEO, or Department of Extra-Normal Operations, meaning he’s on the lookout for extraterrestrial threats to the world. In an interview Digital Spy, Harewood addressed the fact that his character is also known as Cyborg Superman in the comics, and suggested that he could undergo such a transformation on the show at some point. “I'm looking forward to that,” he said. “He's a bit of a supervillain. He seems pretty indestructible. Which I kind of like because I keep getting blown up in these things. I'm kind of looking forward to being indestructible.” While that doesn't guarantee Henshaw will become evil on Supergirl anytime soon — or at all — it shows that Harewood is definitely on board if the show decides to go there.

In the meantime, let's examine DC Comics to get an idea of what might happen to Hank on the show.

He Was An Astronaut

In Superman #42, Hank Henshaw was working with NASA and was part of the crew on the shuttle Excalibur. Let’s just say his mission did not have a happy ending. If he’s playing a CIA agent in the show, his backstory will probably be completely different, but the space mission was crucial to Hank becoming Cyborg Superman in the comics.

Cosmic radiation causes Excalibur to crash, with Henshaw and his wife, Terri, on board. They seemed fine and headed back to LexCorp, where Henshaw’s body started to quickly decay due to the radiation effects. Superman was actually there helping Henshaw save his wife.

Hank was able to transfer his consciousness into the computer system at LexCorp after his body decayed and used the system to create himself a robotic body. Confused yet? He then goes to Terri, but she eventually commits suicide.

Henshaw eventually becomes delusional and is convinced that Superman was behind pretty much everything bad that happened to him, including his wife’s death. So he pledges to destroy Superman no matter what.

Henshaw uses “Superman’s birthing matrix” to essentially create a body for himself identical to Superman, with the exception that he’s a robot. So now that Henshaw has all of Superman’s powers, he heads back to Earth to destroy his nemesis, only to find out that he’s already dead. To still get revenge, Hank starts to destroy Superman’s reputation.

If Supergirl ever introduces the Cyborg Superman storyline, it would likely be very different and less complicated, but for now, at least we know to be skeptical of Hank Henshaw, no matter how innocent he may first appear.