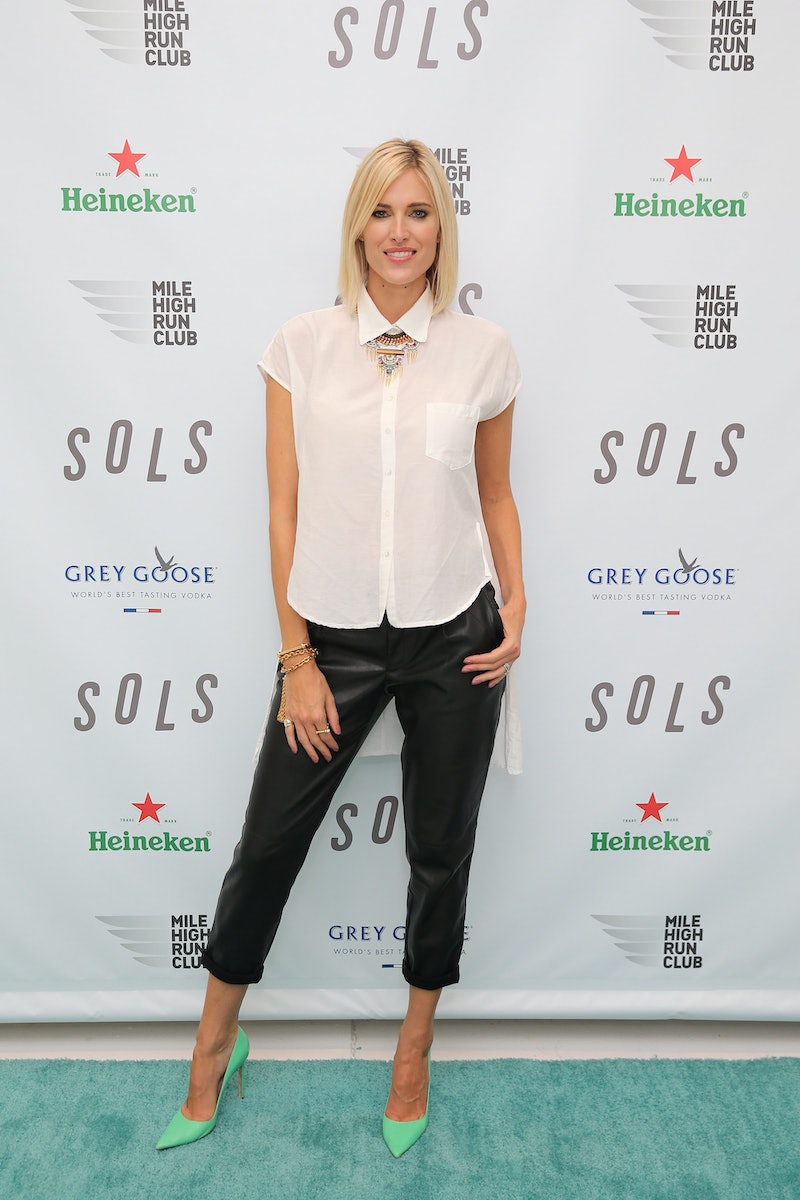 Sad news for Real Housewives fans. Everyone’s favorite model/Ramona Singer hair wrecker, Kristen Taekman, is leave The Real Housewives of New York for greener — hopefully drier — pastures. The news comes at the tail end of a number of cast members of the Real Housewives franchise announcing their plans to depart the series. The mother of two, and friend of recent Real Housewives departee Brandi Glanville, spoke to E! exclusively about why she was leaving the show. "At this time in my life, I have decided to concentrate on my family and my new business ventures Pop Of Color nail polish and Last Night's Look, my fashion blog. I will remain a Housewife and part of an amazing franchise forever and that is what is important.”

In recent episodes Taekman has focused her on-screen time to staying out of the drama and promoting her recent business ventures. Audiences watched as she named nail polish colors and took pictures of shoes to post on her fashion blog. So it comes as no surprise that Taekman is leaving the show to focus on these two endeavors. Taekman joined the show two seasons ago in Season 6 and had a history of beef with a number of the other housewives. The time Ramona Singer threw a wine glass at Taekman and cut her lip was the shock heard ‘round the Real Housewives world. She also butted heads with recent Real Housewives returning star Bethenny Frankel. In previous seasons, she even went head-to-head with Heather Thompson, the one housewife she seemed to be the closest with.

But whether the departure is due to some of the drama Taekman was involved in has not been made clear.

Still, Taekman isn’t the only one leaving the Real Housewives of New York after this season. It was recently revealed that Heather Thompson would not be returning to the Bravo series for future seasons, leaving fans wondering who else would be leaving the show and how many new faces we would be seeing Season 8. What the Season 8 cast will look like is still up in the air. In the meantime, here’s wishing Kristen Taekman a whole heap of success and a lot less drama in her future business ventures.

More like this
Kathy Hilton Tried To Explain Why She Misidentified Lizzo As Precious On Live TV
By Jake Viswanath
Everything To Know About 'Real Girlfriends In Paris'
By Kadin Burnett
Everything To Know About 'RHONJ' Season 13
By Brad Witter and Jake Viswanath
It’s Official: 'The Bachelorette' Is No Longer A Fairy Tale
By Samantha Allen
Get Even More From Bustle — Sign Up For The Newsletter