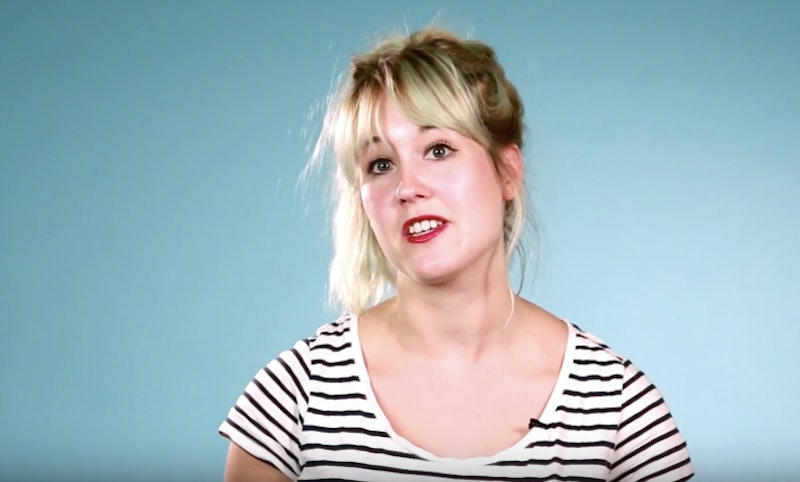 According to pharmaceutical commercials and the news, depression is a low hanging black cloud over a woman with bags under her eyes or the leading culprit of suicide. All fifty shades of grey between, go unnoticed among the other things nobody tells you about depression. On one end of the spectrum, depression is a killer; it's a virus, a villain, invisible to the naked eye. And on the other, it's a mood; a fleeting imbalance, a funk, a frown.

I've dealt with depression my whole life. Throughout its stay, it's made its presence known in various forms and degrees. Sometimes I'd go months stuck in the suffocating fog of it, unable to lift my head above the haze. Other times it would rear its head for a day or two, responding to a trigger — it always comes when you call it. But it never leaves when you ask it to.

When you have depression, you often feel alone when you're not. The fear of being stigmatized or deemed unfit or different can be debilitating. It can keep you from reaching out for the help you need. Self-imposed isolation leads to all sorts of side effects that take your quality of life and push it down further. In this video about depression, volunteers share stories about the things that no one talks about when people talk about depression. The in-between. The late nights where your mind spins spastically. The early mornings when anxiety chews through your esophagus. The afternoons where you feel sick because everything hurts and every thought or movement exhausts you. The simple tasks like eating or speaking or choosing what to wear and how they wipe you out. How making a decision is exasperating. How having a conversation is draining.

And then how many hands are there to pick you up when you reach for them. How many options you have for treatment. How many strangers will become lifelines. How you come to learn that your lowest lows are just that. Here are some moving video highlights:

When you spend most of your time alone or withdrawn, you run out of ways to entertain yourself. And even if you try, the things that were once enjoyable might not have the same effect.

When you're depressed, your sense of self is skewed. If you don't know how you feel, it makes it very difficult to feel one way about anything else.

Depression doesn't have a beginning or an end. It's a life-long journey that will ebb and flow and subside under the right treatment.

People don't really talk about how much money it costs to treat depression. There are free clinics and hotlines and treatment centers for emergencies, but the day-to-day life-long battle with depression is costly. Therapy and medication are not free.

But the thing about depression is, it's manageable. And no matter how alone you might feel, you're not. It really does get better.