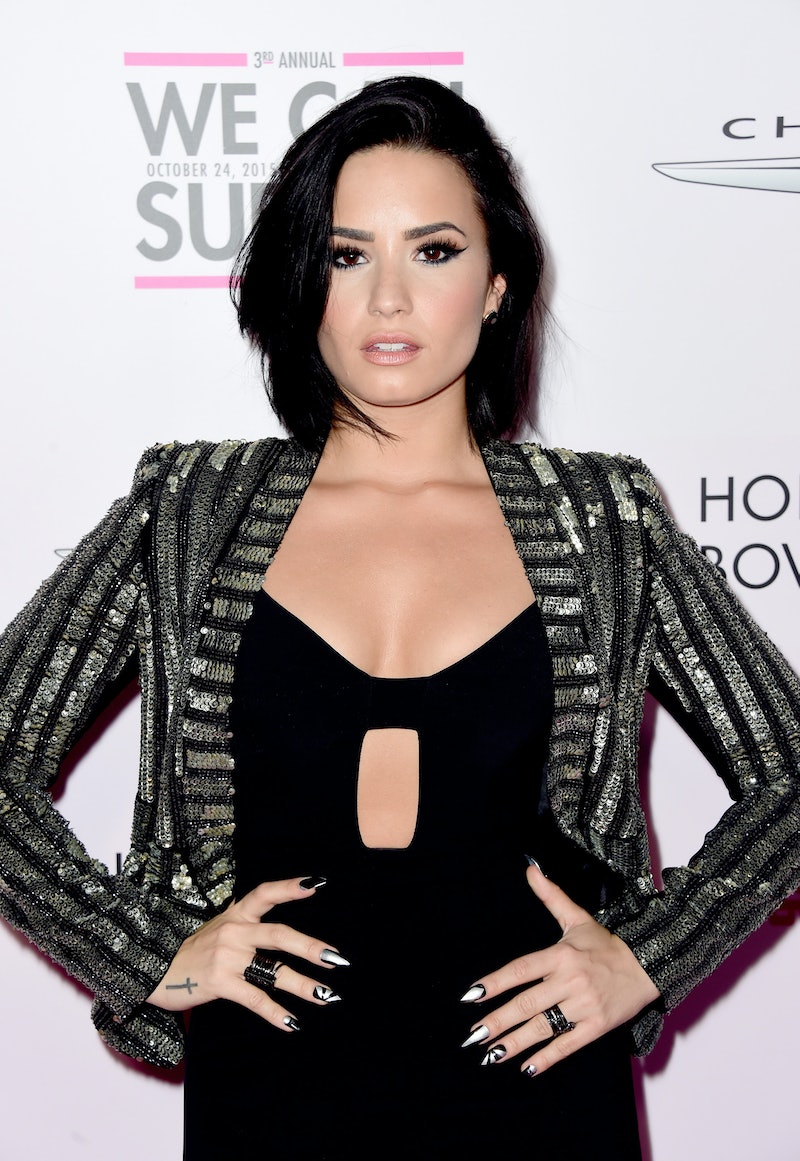 Fetty Wap's "Trap Queen" isn't just a smash hit song, it's also a totally rad Halloween costume. Demi Lovato dressed up as a Trap Queen on the latest episode of MTV's Girl Code, and it's seriously the best costume I have seen yet. So if you're still not set on a Halloween look, you're in luck. If you're still wondering what the heck a trap queen actually is (as am I), Urban Dictionary defines it as "a badass female." So how exactly does that translate into a costume? Apparently in a very literal sense, according to Lovato, that is.

The 23-year-old showed up at the Halloween special of Girl Code in a fitted black minidress, a "Trap Queen" sash, a bedazzled tiara, and lots of glitzy jewels, therefore fulfilling the "Queen" part of the costume. She sported a fuzzy purple cape with pink leopard trimming that was covered entirely in little decoy traps including actual sharp-toothed bear traps and multiple wooden mouse traps. She was literally the queen of traps, get it? It's totally genius.

The best thing about this look is that it's totally DIY-able. All you need is your favorite LBD, a tiara, and some standard household traps.

Check out the amazing costume.

She seriously wins the award for Halloween MVP.

If you're feeling inspired, check out the pieces below to make your own Trap Queen costume.

Want more Halloween costumes? Check out the video below, and be sure to subscribe to Bustle’s YouTube page for more hacks and tricks!