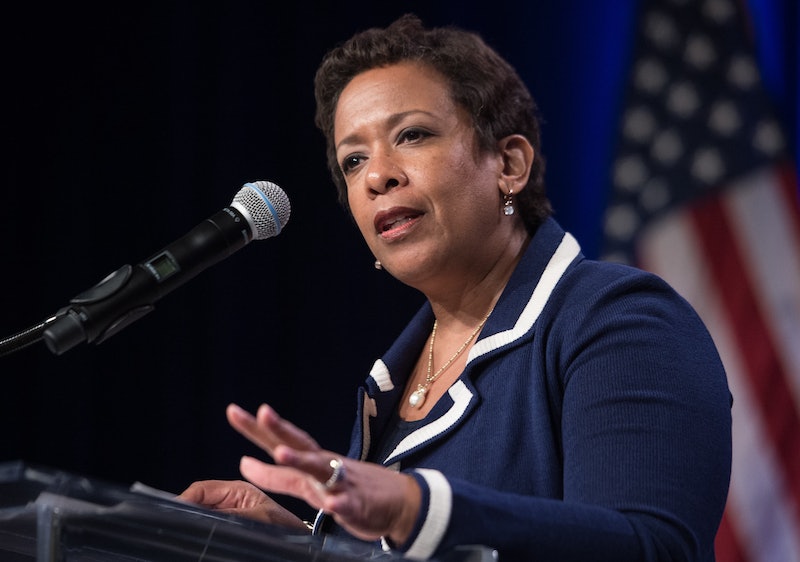 According to ABC News, a Justice Department investigation of the Spring Valley High School case was opened on Tuesday, just one day after shocking bystander video of the violent cop-on-student incident drew nationwide attention. The disturbing video went mega-viral on Monday, showing a black teenage girl being hurled to the ground while still sitting in her desk, by an enormous, white student resources officer who then dragged her across the room before pinning and handcuffing her. Another student was reportedly arrested for standing up to the cop, who's since been identified as Deputy Ben Fields.

The federal involvement was announced, as WLTX detailed, by FBI Special Agent David Thomas, who gave the following statement on Tuesday afternoon.

The Columbia FBI Field Office, the Civil Rights Division, and the U.S. Attorney's Office for the District of South Carolina have opened a civil rights investigation into the circumstances surrounding the arrest of a student at Spring Valley High School. The FBI will collect all available facts and evidence in order to determine whether a federal law was violated. As this is an ongoing investigation, per Department of Justice policy we are unable to comment further at this time.

It almost goes without saying, but it's worth bearing in mind that a federal investigation is no guarantee of charges, or any kind of official censure. In other, recent high-profile civil rights and/or police violence cases — the killings of Florida teen Trayvon Martin and Ferguson teen Michael Brown, for example — federal investigations failed to return any charges, even though in the latter case it exposed racist practices by the Ferguson Police Department.

This Tuesday announcement came amid a firestorm of coverage and controversy, following a solid 24 hours of scrutiny. On the one hand, you had observers like MSNBC's Chris Hayes, who commiserated with Democratic presidential candidate Martin O'Malley about how enraged the footage made them as parents. And on the other, you've got CNN's Don Lemon, who drew ire for questioning if there might be something, anything not shown on the tape that justified the violent treatment the girl received, earning him a righteous (and legally reasonable) rebuke from prosecutor Sunny Hostin.

If you haven't seen the video, be forewarned, it's very distressing — it's nothing less than footage of a large, well-built adult man physically accosting a teenage girl. If you do still want to watch it, however, you can find it here.