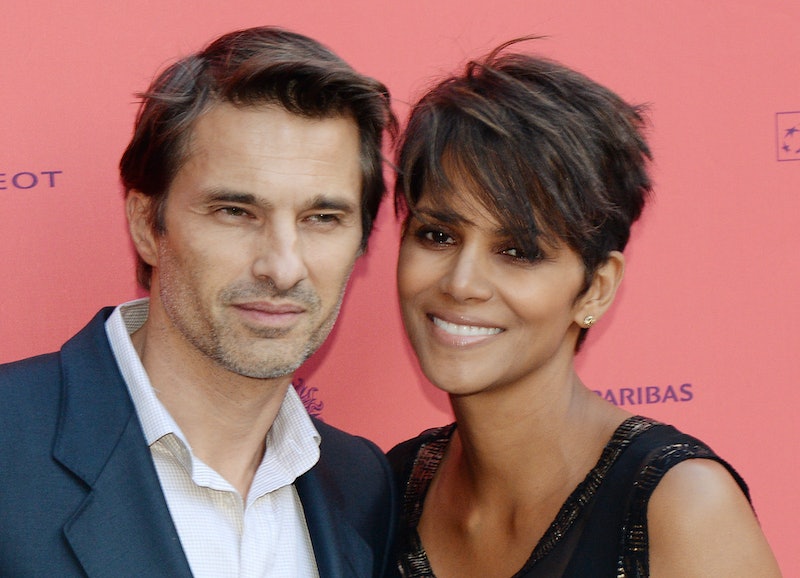 After two years of marriage, Halle Berry and Olivier Martinez are divorcing, multiple outlets reported on Tuesday. According to a source who spoke with People, the relationship had "run its course." The source added that "They are keeping it amicable now. She is OK." Bustle has reached out to reps for Berry and Martinez, but has not yet heard back.

(Update: Shortly after reports of the divorce broke, Berry and Martinez released a joint statement to People, which reads, "It is with a heavy heart that we have come to the decision to divorce. We move forward with love and respect for one another and the shared focus of what is best for our son. We wish each other nothing but happiness in life and we hope that you respect our and, most importantly, our children's privacy as we go through this difficult period.")

A source who spoke with TMZ claims the two "have a personality difference." Another TMZ added, "They're just very, very different people. He's a very macho guy, and things just didn't 'jive.'" The site also claims that Berry was the one who filed for divorce and cited irreconcilable differences.

The couple met in 2010 when they starred together in the film Dark Tide. The Oscar winner and the Revenge actor then married in July 2013 at a French chateau. In October 2013, they welcomed a son together, Maceo — the first child for Martinez and the second for Berry who has a seven-year-old daughter, Nahla, from a previous relationship with model Gabriel Aubry.

Hopefully, if the reports of the divorce are true, Berry and Martinez really are able to keep things amicable during what is undoubtedly a tough time for their family.