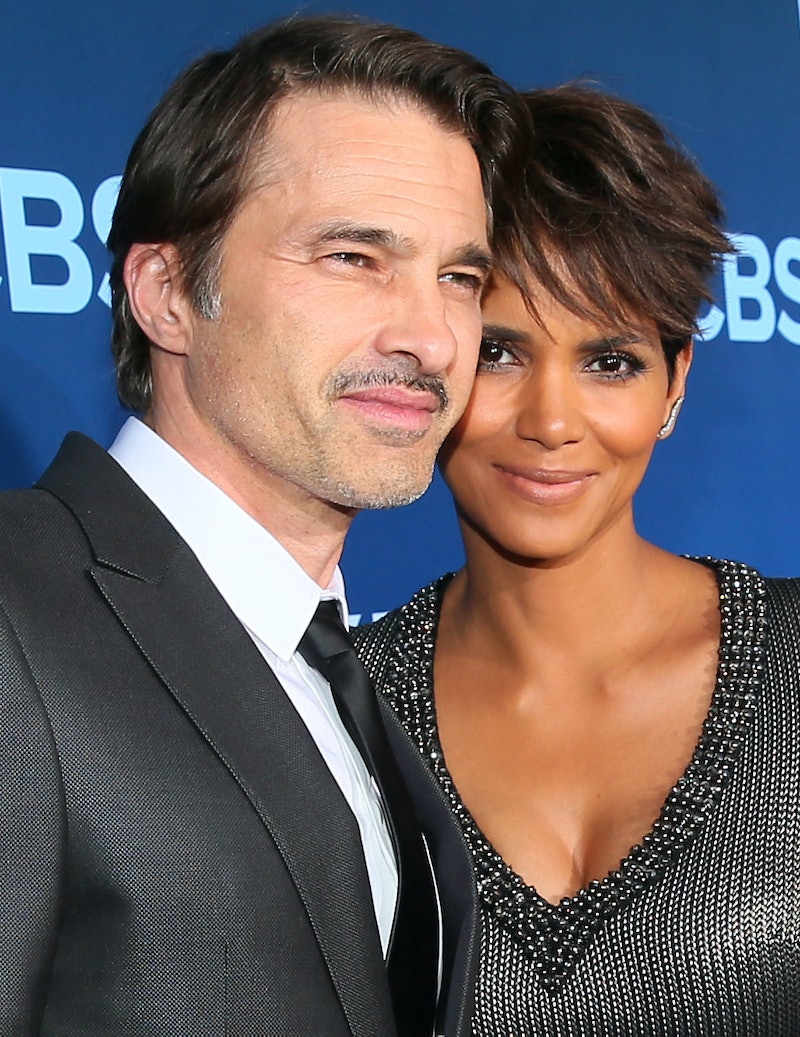 It might just be me, but it seems like 2015 has brought us a lot of celebrity breakups, especially unexpected ones. On Tuesday, news broke that Halle Berry and Olivier Martinez are getting divorced after two years of marriage and one child together. Reports started coming in on Tuesday afternoon, and it didn't take long before the former couple released a joint statement to People themselves, confirming the news. So why are Berry and Martinez divorcing? From everything the former couple has disclosed so far, it sounds like it might not be anybody's fault.

It is with a heavy heart that we have come to the decision to divorce. We move forward with love and respect for one another and the shared focus of what is best for our son. We wish each other nothing but happiness in life and we hope that you respect our and, most importantly, our children's privacy as we go through this difficult period.

Usually, when a celeb couple calls it quits, it's not quite so out of the blue. But unlike most breakups, there were no rumors of trouble in paradise preceding their split. Actually, this breakup kind of came out of nowhere — save for the time Berry lost her engagement ring in Mexico, but she said there was nothing more to not wearing her ring than that. So it's hard to imagine what could have been the cause, but according to sources close to the couple? Their relationship was just... over, and since making the decision to end the relationship they've been amicable.

As the friend told People, the reason for Berry and Martinez's split was just that the relationship had "run its course," whatever that means. Maybe they realized they're not as great a fit for each other than they originally thought? Maybe it's just putting the idea of drifting apart in fancier terms? Either way, it's good to know that they're still getting along even though they've decided not to spend the rest of their lives together, and from their statement alone, it does sound like they're planning to put their children's needs first through whatever happens next.

But even in the best of circumstances, divorce isn't exactly a fun thing. I'm hoping they'll fill us in on the details about why they chose to end their marriage, but if not? That's OK, too. Berry and Martinez are totally entitled to the privacy they're asking for, and according to everything they've shared so far, it sounds like they'll both be just fine.