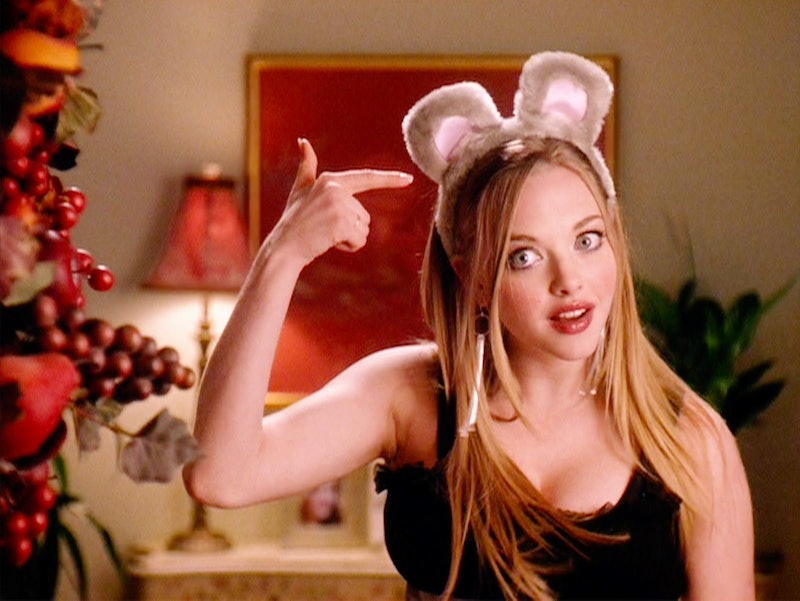 You know how some people plan their Halloween costumes months in advance? If you’re reading this article, you’re probably not one of them. It’s cool, neither am I. It takes enough effort to put on pants every day; why would I make the dressing process even harder on myself on Oct. 31? Yet dressing up on Halloween is inevitable. The good news is that there are some very easy tricks to coming up with a creative costume fast, and these last-minute 2015 movie pun Halloween costumes will have you covered.

One way to put together a costume this quick is to pass yourself off as a character from a recent movie. If somebody didn't see that movie, or didn’t pay close enough attention to understand how your costume references it, then that's 100% their own fault for not keeping current. You, on the other hand, are both creative and on trend. Kudos.

The only thing is, you're pressed for time and you probably don't have the necessary items in your closet to pull off the whole "Lily James as Cinderella going to the ball" look. So, what are some easy, trendy 2015 movie Halloween costumes that you can put together in a cinch?

Perfect If: You haven't gotten around to moving your summer whites to storage yet.

Instructions: Think excessive pairing of light-colored businesswear. That button-up from the two weeks you worked for a catering company? Toss it on. Add a skirt. Belt it awkwardly. Voila.

For the cherry on top, put on the most illogical pair of heels that you own. Now run.

Perfect If: You've been looking for an excuse to throw out your ex's t-shirt, but it feels wasteful.

Instructions: On a white tee, use different colored markers to write the words "Joy," "Sadness," "Fear," "Disgust," and "Anger." Press hard enough that the ink bleeds through to the other side. Now turn the shirt inside out and pull it on!

Instructions: Dig out a few Forever 21 pieces that you haven't worn since college because they clearly weren't intended for a fully-functioning adult. Add chunky jewelry, stilettos, and anything else that is appropriate at 10 p.m. but definitely not at 10 a.m. No need to redo your hair or makeup. Good to go!

Perfect If: You have a pixie cut.

Instructions: Put on leggings, a black vest (a tank or a snug zip-up will also suffice; think warm-up gear), and a badass attitude. When you tell people that you're Tris, if they say, "Oh, from Divergent?," immediately correct them that you're specifically referencing Insurgent because Tris has short hair for the entire span of that movie. Duh.

Inspiration: Jason Segel as David Foster Wallace in The End Of The Tour.

Perfect If: You really don't feel like brushing your hair.

Instructions: Tie a bandana around your head. Pick up some non-prescription glasses. Done.

Extra points if you have a cute guy friend to be the Jesse Eisenberg to your Jason Segel. It doesn't matter if said friend looks nothing like David Lipsky, because neither does Jesse Eisenberg.

See how little effort it takes to transform yourself into a modern movie character with a punny twist? Now you can scurry off to the ball (or bar/house party/etc) and buy yourself a much-deserved drink with all the money that you didn't spend on an overpriced costume made out of spandex. Happy Halloween!