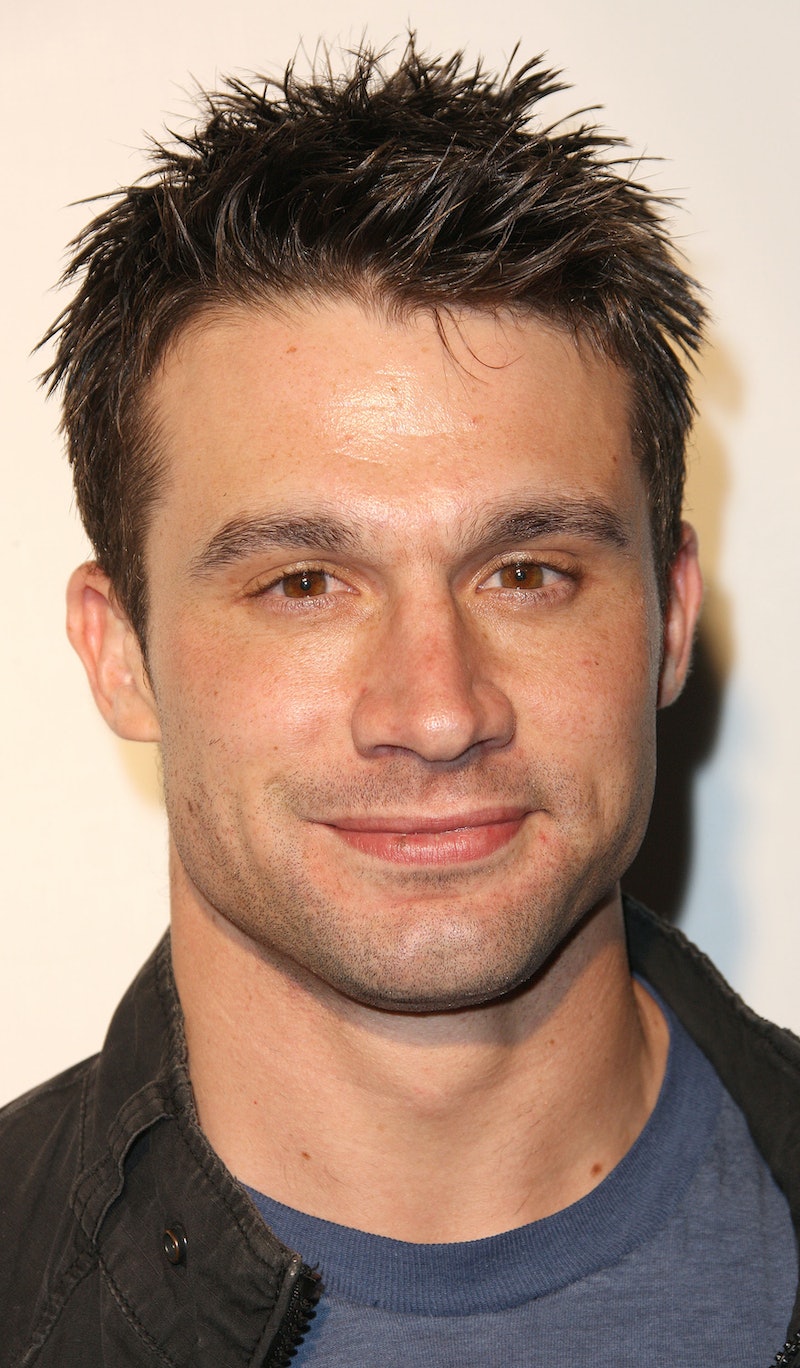 Simmons is going to meet some new faces on Agents of S.H.I.E.L.D.this Tuesday, but it's unclear whether they will be friend or foe. According to the official ABC press release for the episode "4,722" hours, "after her dramatic rescue from another planet, Simmons is still reeling from her ordeal and reveals how she had to fight for her life in a harsh new world" and the only guest star listed for the episode is Dillon Casey as Will Daniels. Who is Will Daniels on Agents of S.H.I.E.L.D.? There are no Marvel characters with that name, so we have to star from scratch. Hitch a ride on a hellicarrier if you don't want to know, because there are some spoilers coming up.

I previously theorized that Will Daniels is going to be someone that Jemma left behind on the alien planet, and it looks like I might be right. According to TVGuide, not only is Simmons not alone as a survivor on the planet, but she discovers an evil, hooded figure who affects your mental wellbeing and may have been calling for sacrifices through the portal for all these years. Could this be Death incarnate, as we saw in the Hebrew writing? There is a Marvel character named Death who fits this description.

Anyway... the question is — how does Will Daniels figure into this? Is he the cloaked Big Bad, or someone that Simmons encounters on the planet, survives alongside, and needs to rescue? I'm thinking the latter. Simmons may be a woman of science, but I think a human connection is what it's going to take to get her to return to such a dangerous place.

Is she going to have to choose between Fitz and Will Daniels (#FitzWilliam, pass it on) now? This is my biggest fear. Like, I get it, you can't go through the Hunger Games or an alien planet without developing a bond, but I'm over love triangles at the moment. Can we rescue boys in distress without complicating the budding romances, please?

The secrecy surrounding this episode gives me hope that there will be more nuance to it than that. "I’m very protective of this episode, and I just want people to show up and experience it with Simmons. Something happened, she wants to tell that story to Fitz, and we get to see that," said executive producer Jeff Bell in an interview with TVLine.

Granted, Will Daniels could be somebody in an Agents of S.H.I.E.L.D. subplot back on Earth. That's a possibility that we cannot ignore. However, this appears to be a "special" episode of Agents of S.H.I.E.L.D., and since actor Dillon Casey is no stranger to action after starring in Nikita(just like Agent Carter star Lyndsy Fonesca), I have a feeling that this role is going to be a big one for him and for Simmons.