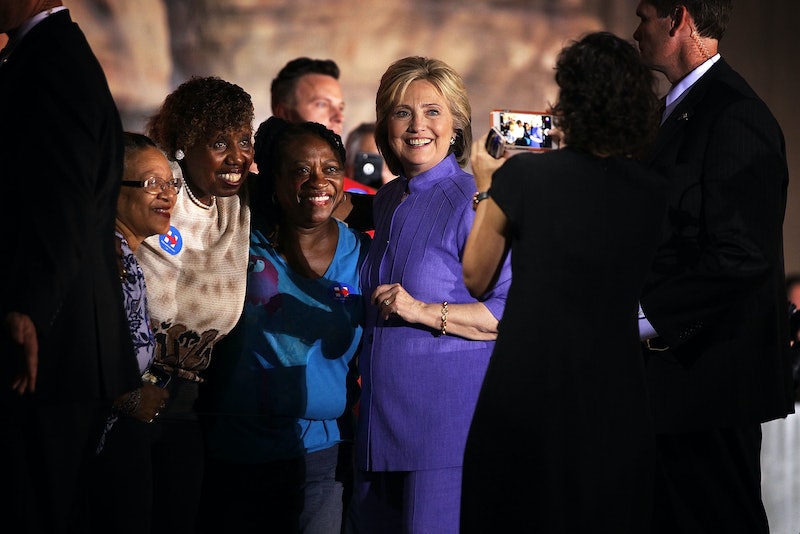 Everyone has an opinion on Hillary Clinton. From fawning accolades from fellow Democrats to blistering criticisms from Republican rivals looking to knock the former Secretary of State off-balance (ahem ... Trey Gowdy), there's no shortage of commentary on her life, her personal choices, or her political career. But while her critics spend their time sounding off on Benghazi, email servers, and pantsuits, the real question remains: What do the badass women senators in Washington think about Clinton?

Since first entering the 2016 presidential race in April this year, Clinton has run the gamut from adored Democratic darling to fierce competitor, all while enjoying a meteoric rise in the polls. Even with tenacious Vermont Sen. Bernie Sanders hot on her heels in some states, Clinton has managed to maintain an air of friendly professionalism that many of her rivals across the aisle have all but given up in their desperate grab at the White House. For all intents and purposes, Hillary Clinton has become something of a standard bearer for modern political civility (even if she occasionally slips up and dares to go out for a drink with friends — gasp!).

But the former New York Senator and FLOTUS is much more than that — at least, according to those former colleagues and associates who know her best. In a recent blog post, Clinton's campaign, Hillary for America, asked 10 female senators what they really thought about the 2016 candidate. Their answers were (unsurprisingly) moving.

Sen. Barbara A. Mikulski (Maryland) on whether America is ready for a Hillary Clinton presidency

Sen. Debbie Stabenow (Michigan) on who Clinton is really fighting for