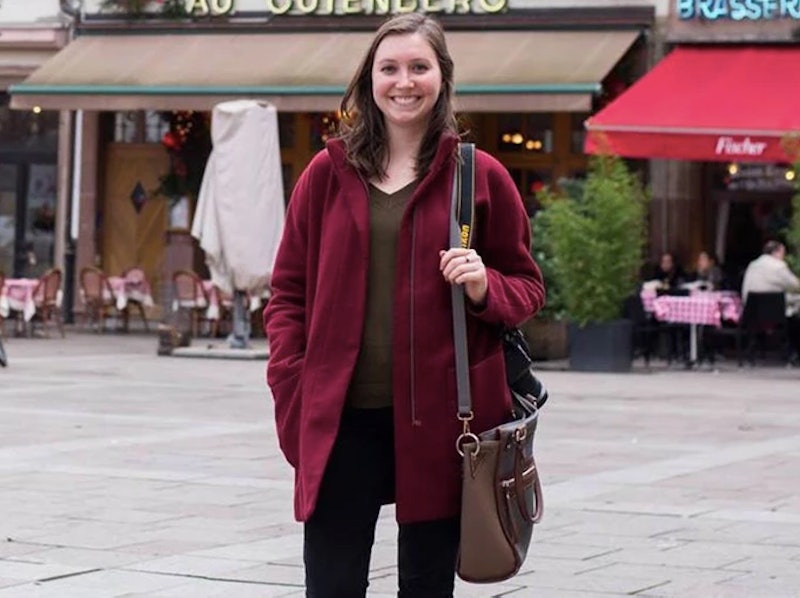 As the third GOP presidential debate approached, I found myself thinking about how differently Democrats and Republicans view the world. Not only do Americans from each party have conflicting political beliefs, but they also learn about the problems facing the country and the world differently — especially if they only consume media that leans toward their ideologies. This led me to develop an experiment: I consumed only conservative news media for a week to see if and how it would affect my view of the 2016 election, the current state of America, and my own beliefs.

Let me start by telling you how difficult this was. As a self-proclaimed news junkie, I read lots of articles every day from various outlets, all of which are on the liberal side. This isn't entirely my fault — The Washington Post ranked media sources on a scale from liberal to conservative, and every major site except Fox News fell towards the liberal end.

So what did that leave me with for a week? Fox News, The Drudge Report, Breitbart, and The Rush Limbaugh Show. (There were a few others I hadn't heard of, and quite frankly was scared to investigate).

In order to fully avoid left-leaning media, including headlines, I had to be extra careful on social media, since a lot of my friends share articles from liberal sites. Checking Twitter became almost impossible, as I couldn't scroll through my feed and read headlines and other journalists' witty comments about the news of the day like I normally do. There were a few slips throughout the week — namely, when I couldn't avoid hearing a CNN broadcast in a public space — but for the most part, I completely tuned out the liberal media for an entire week.

After day one sans left-leaning news, I realized that I was so busy avoiding all my usual media consumption that I just hadn't read anything. I was going to have to intentionally seek out conservative news, since it wouldn't just find me on its own. So for the next six days, I made a conscious effort to check right-leaning news sites.

It was particularly interesting to only get the conservative point of view during Hillary Clinton's congressional hearing about Benghazi. As a news writer, I was following the hearing all of that Thursday, reading the transcripts of exactly what was said, and I was under the impression that Clinton held herself well and answered the committee's questions sincerely and in full detail.

However, when I read the right-leaning media's take on her performance, I realized that not everyone saw it that way. Some conservatives thought that her testimony affirmed that she's a horrible person. I guess people see what they want to see — myself included. All the coverage of Clinton made me a little worried for her campaign. She's obviously a very polarizing candidate, and a lot of Americans will always oppose her, no matter what she does or says.

The influx of religious coverage angered me a bit, honestly. Articles about a school football coach being told not to pray with students probably inspired freedom of religion rants from some, but I was more concerned about the fact that this was seen as a huge problem.

To be clear, Coach Joe is forbidden from bowing his head, taking a knee or doing anything that might remotely be construed as religious ... That means he’s not even allowed to bow his head behind the bleachers where the kids are smoking pot.

Don't get me wrong, I think America has a lot of issues, but a football coach not being allowed to practice his religion beside his students, who may not all share his beliefs, is not one of them in my mind. Weren't there more pertinent things happening that day? Stories about religion seemed to hit a nerve in my separation of Church and State mentality.

Because I wasn't perusing my usual sites, I went an entire week without reading a single article about feminism, the patriarchy, or women's issues in general. Don't worry; I didn't forget all my feminist beliefs. But I did feel somewhat alienated from the cause while I was away. I hadn't realized how encouraging it was to constantly interact with like-minded men and women and read other people's experiences and thoughts on issues that are important to me.

My biggest takeaway from the experiment? I felt much less informed about what happened in the world that week than I normally would. This isn't to say that conservative news organizations don't inform the public — there's just so few of them that there's automatically less coverage than what the liberal media produces. I felt like I needed a recap of the week's liberal coverage to be caught up.