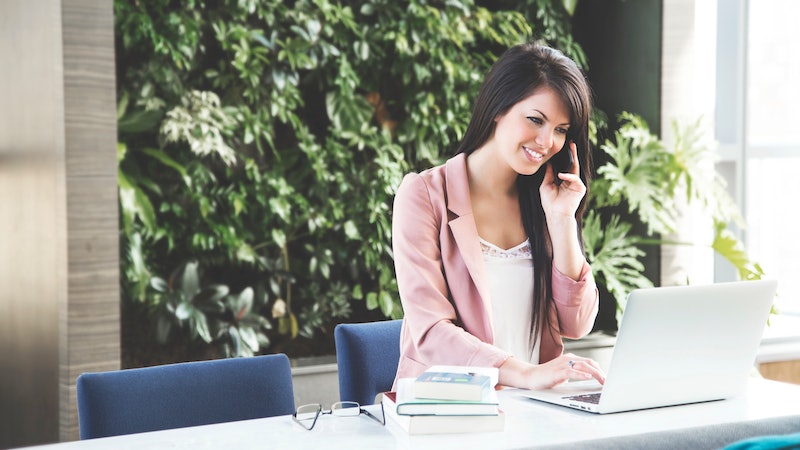 Even if you're one of the rare people who feels entirely confident and capable at all times (are you even human?), you have to admit that job interviews are stressful. No matter who you are, job interview tips can help you survive the nerves of placing your fate almost entirely in another person's hands.

Imagine: You've been job searching for awhile now, and you finally get your dream interview. Congratulations, you practically have the perfect job! Almost. All you have to do is throw together a reasonably professional outfit, not get lost on the way to your interview, answer all of HR's questions without letting them see your inner weirdo, and somehow convince your boss that you are a stable human who can be depended on to do your job.

Luckily, Esquire editor and Entrepreneur etiquette columnist Ross McCammon's Works Well With Others is a funny, handy guide for surviving the workplace as explained by someone who barely survived it himself. The interview tips below won't guarantee you a job, but they'll probably work better than a last-minute pep talk to yourself in front of the bathroom mirror.

Dress, Well, Like You're Going on a Job Interview

When McCammon first interviewed at Esquire magazine, he forgot to wear a suit jacket. This oversight freaked him out so much he hallucinated that a photo of Ewan McGregor scolded him for his fashion choice. Moral of the story: Wear an appropriate interview outfit or imaginary Ewan McGregor will be very cross with you. Layer on a jacket or blazer, buff your nice shoes, and put on outfit that wouldn't make your mother wince. You're a grown-up, you can do this.

Being late is a quirky habit for your friends, but it's unforgivable in a job interview setting. McCammon believes being late shows an incredible amount of disrespect for the person you're supposed to be meeting. You're saying that their time isn't important to you, which isn't a great message when you want to be hired for a job. So, be on time. And if you're late, you better have a heck of an excuse — like, you helped a car of nuns change a tire and then saved a littler of puppies from a burning car — and still be prepared to call ahead to let your interviewer know, apologetically.

If you want to appear trustworthy, confident, and competent, make sure to make plenty of eye contact with your interviewer. Looking down or letting your eyes wander can make you seem unfocused, not confident, and even a little shifty. Would you trust someone who couldn't meet your eye when you asked her a question? So look your interviewer in the eye when you're speaking. But don't overdo it stare them down. Otherwise you'll look like a serial killer.

As McCammon says, a handshake is "the most physically intimate thing we do in business." Seriously, practice your handshake, no matter how weird you might look, because people remember it. McCammon's best handshake was from Kanye West, and that whenever people trash on West, he brings up that handshake.

It needs to be firm enough to make you seem trustworthy but not too firm so it seems like you're trying to crush the other person. Don't hang on too long, yanking the manager's arm up and down 50 times. And don't you dare give anyone a limp fish handshake.

Don't Pretend You're Something You're Not

Rules for life; rules for a job interview. At some point you may be so desperate for a job that you're willing to take anything that comes your way. But no one is a good fit for every job. If you hate retail, don't interview for a gig at J. Crew and tell them how much you love shopping. You'll be revealed as an impostor pretty quickly, and you'll make life miserable for you and your co-workers. Instead, find the parts of the job you are passionate about — sales, fashion, business — and focus on those.

You're Excited About the Job Interview, So Show It

At the end of McCammon's Esquire interview, he told his interviewer, "Look, if you throw me out of your office right now, this will have been the best thing that ever happened to me." Esquire was his dream job, and regardless of the outcome of the interview, he was genuinely excited to have been given the opportunity. Don't use a line like this if you don't mean it (see the tip above!), but if you are legitimately honored to have received an interview, tell your interviewer and show your passion. It shows that you are driven, excited, and humble — aka exactly the type of person they want to hire.