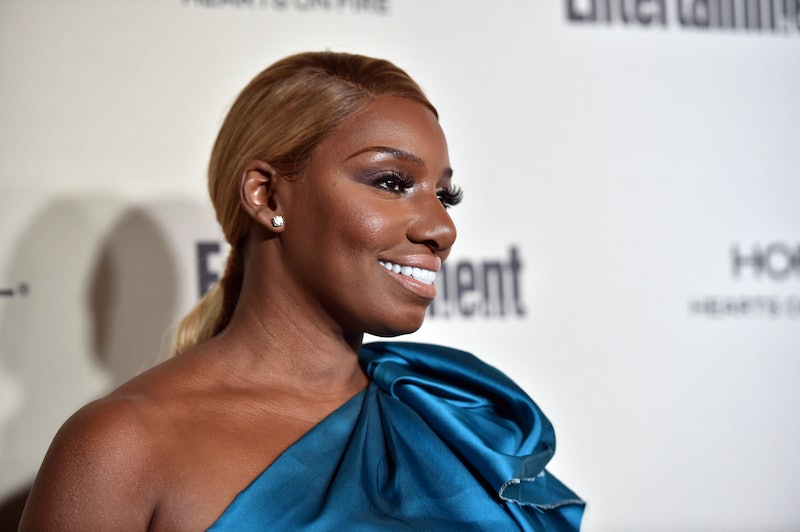 If you're a fan of the Real Housewives of Atlanta, then you may have been in mourning since NeNe Leakes announced she was leaving RHOA. Or you may have been celebrating. She's kind of a polarizing figure among the housewives, although who among them isn't a polarizing figure? While Leakes teased that she had other big television opportunities coming her way, seeing her go after eight seasons may have been kind of a blow to fans of Leakes, and to fans of RHOA who loved to hate Leakes and would, at the very least, miss all the fantastic drama that she brought to the show. Well, get ready to perk up, because NeNe Leakes is reportedly returning to RHOA — and it might just be her most dramatic move yet. Bustle has connected Leakes' rep for comment, but have yet to receive a reply.

(Update: Bravo confirmed the news on their website Wednesday morning. " Now, Bravo can confirm that NeNe will appear on Season 8, which premieres next month," they wrote.)

Mainly because the other housewives don't even know that she's coming. According to E! Online, Leakes will allegedly make an unannounced appearance during RHOA's Season 8 trip to Jamaica, and will continue to make and as-of-yet undetermined amount of appearances throughout the season. Quoting anonymous sources close to production, E! reveals that these reported appearances will be as much of a surprise to the other housewives as the announcement is to us right now. Of course, if Season 8 is in the process of filming, and if the housewives have even the slightest amount of access to social media, then they definitely know about the rumors of her reappearance now.

Leakes has not been without her projects to keep her busy since she announced her departure from RHOA, so it's not a surprise that any appearance she will make in the upcoming season will be brief and unexpected. She has a lot on her plate these days, between appearing in ABC's upcoming To Tell The Truth revival and heading to Broadway for Chicago. However, it's great to see that she hasn't forgotten her roots on the show, and that she reflects fondly enough on her time with the other housewives to return to scare the pants off of them for all of our entertainment. Raise your hand if you already can't wait to see the jaws drop and the eyes popping out of the ladies' faces when NeNe sweeps grandly into the room and brings the drama that she is so very good at bringing, and that we so love to watch.

We'll have to wait until Season 8 debuts to see exactly when and where and why Leakes might pop up, but the rumor that she's returning is pretty much the most exciting thing I've heard about RHOA Season 8 since the revelation that they were all going to Jamaica. This season is going to be even wilder than all the seasons that came before it. I can already tell.