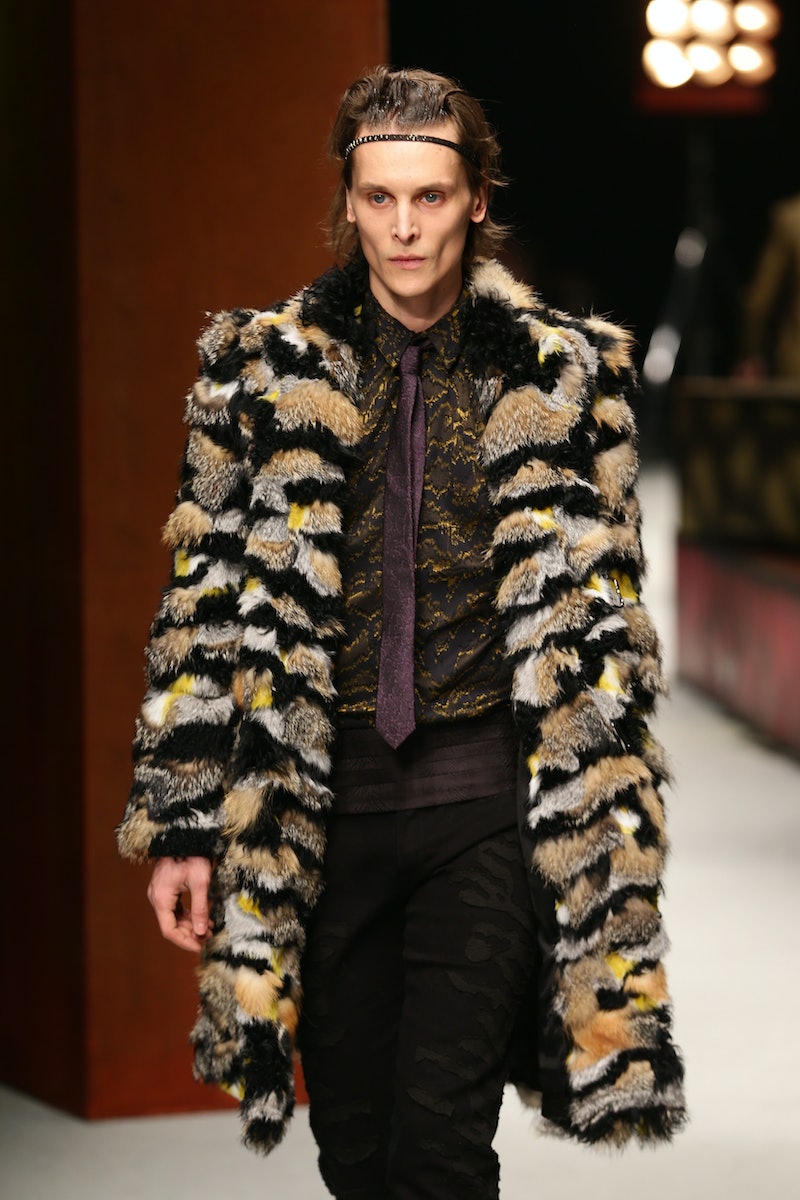 There are some items that deserve to become style staples. Where would fashionistas would be without leggings and denim button-ups? But some accessories are a little less than timeless. According to BuzzFeed, men's headbands are in style, to which I say "wait — what?" Could this possibly be true? Turns out there is some evidence out there that shows more men have been wearing the look these days, although I'm not sure if I will ever technically consider it to be "in style."

Those thin headbands that kept your hair back during high school sports (and that you still use when washing your face) are now apparently a high fashion menswear trend. You read that right — headache-inducing bands are now walking the men's runway. According to BuzzFeed, Roberto Cavalli featured the boho style hairbands during a runway show, this time with textured detailing.

Now you might be thinking, why would someone do such a thing? I unfortunately can't help you there. The men walked the Autumn/Winter 2014 Milan Menswear Fashion Week runway with jelled back hair and headbands almost reaching their hairlines. You may want to refrain from looking at the pictures depending on how type A you are, because you just might get the urge to push back all those headbands, which look like they could be out of place.

How very "Harry Styles" of him.

Headbands were big with dudes back in the '90s when almost every boy band had at least one member who rocked the look as his signature.

But would we really say men are embracing headbands with similar frequency today? That's up for debate. Let's take a look at the evidence, shall we?

The Biebs is all about them bands, which he rocked often at one point, whether he was in the studio or in the gym.

It is no surprise that the resident hair god of 1D has a thing for headbands as well. He ties back those locks with pride!

Do you want to tell him that this isn't actually holding his hair back or should I? I think we can all breathe a sigh of relief knowing that David Beckham has outgrown the horizontal headband.

Oh, and remember that time Styles and Beckham played soccer together? The singer opted for a headband while Beckham sported a beanie (which I vastly prefer).

These are weird times we live in, my friends.

Want some hair tips? Check out the video below, and be sure to subscribe to Bustle’s YouTube page for more hacks and tricks!