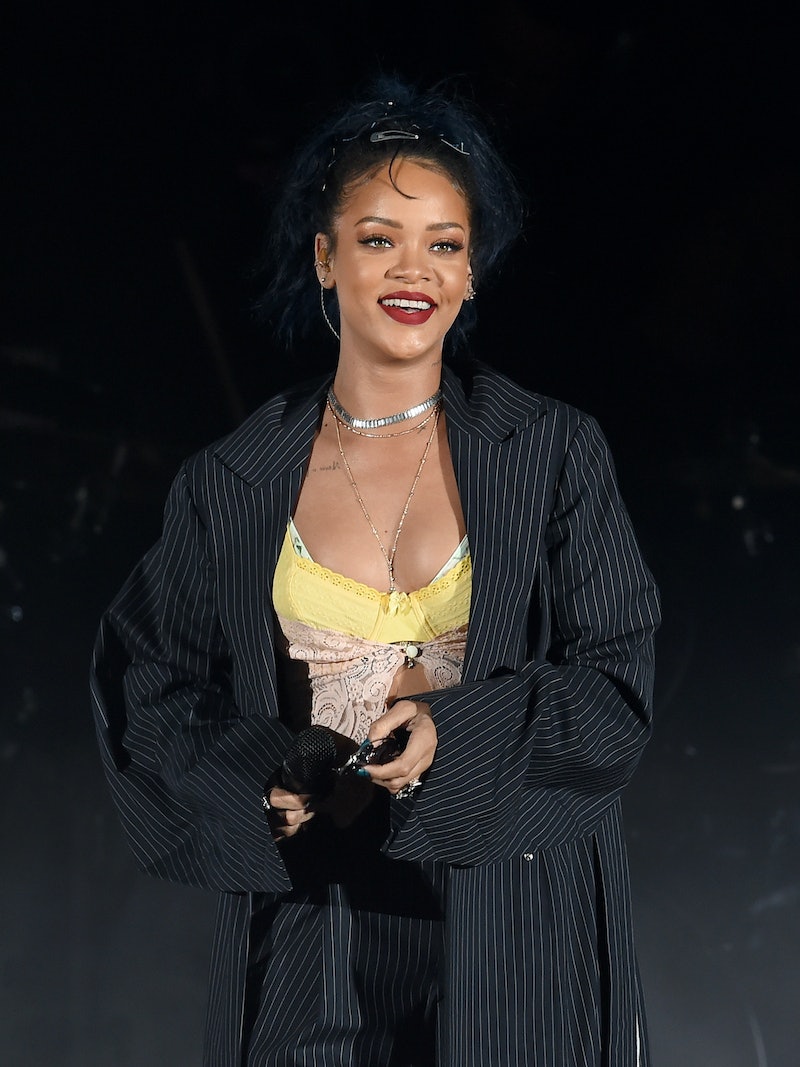 From her amazing red carpet style to her upcoming album Anti , Rihanna is totally in charge of her career. She's one of the rare stars who has the ability to dominate across multiple platforms. Fashion, music and TV are all areas she's conquered in a seemingly effortless way. Her latest move? Joining Luc Besson’s sci-fi Epic Valerian .

Besson announced the news on Instagram, writing, "RIHANNA is in VALERIAN!!!!! ....and she has a big part!! I'm Sooo excited!!!" Unfortunately, we don't know anything else about her role. According to Deadline, the movie is "an $180 million-budget 3D interplanetary sci-fi epic that already is slotted for July 21, 2017 release through EuropaCorp’s RED." It's based on Pierre Christin and Jean-Claude Mezieres’ graphic novel that Besson loved as a child.

According to Variety, Rihanna joins a cast that includes Dane DeHaan, Clive Owen, and Cara Delevingne. Although it's set in the 28th century when humanity discovered space travel, filming will begin in January 2016.

This isn't Rihanna's first acting experience. She made her film debut in 2012's Battleship and more recently voiced Tip in the animated movie Home. She made a hilarious cameo as herself in This Is the End and even played the Moon Goddess in the parody Moonquake Quake movie in the 2014 Annie reboot. Needless to say, she's got some experience under her belt.

This role in Valerian sounds like it will be a cool evolution for Rihanna. After all, Battleship and Home both have science fiction elements to them. Moonlake Quake definitely dabbled into futuristic themes, so Valerian seems like a natural progression for the singer. It's bits and pieces of her other work, just on what should be a much, much larger scale.