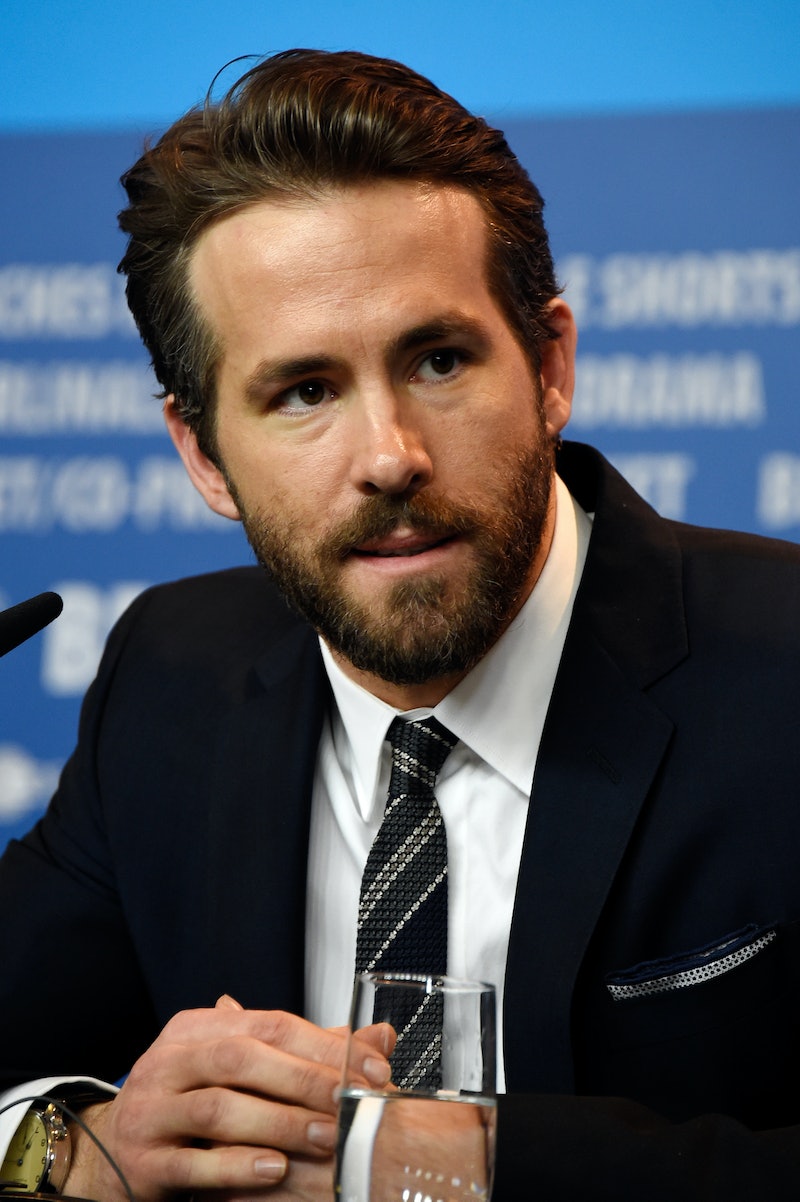 After battling Parkinson's disease for over 20 years, Ryan Reynolds' father has died, the actor shared via Twitter on Wednesday. Alongside an old photo of his dad, James "Jim" Reynolds, holding who I assume is Reynolds as baby, he wrote the following caption: "RIP Pops. James C. Reynolds. 1941-2015. If possible, please donate/support: http://www.michaeljfox.org."

For those unaware, the link directs followers to The Michael J. Fox Foundation, which is an organization dedicated in finding a cure for the disease. It was also founded by actor Michael J. Fox, who was diagnosed with Parkinson's in 1991. To be clear, as The Michael J. Fox Foundation's official website states, "Most doctors say that Parkinson’s disease itself is not fatal. You die with Parkinson's disease, not from it. However, as symptoms worsen they can cause incidents that result in death." The specific cause of Reynolds' dad's death has not been shared publicly.

In 2008, the Deadpool actor wrote an essay for the Huffington Post, where he opened up about why he was running the New York City Marathon and his dad's long battle with Parkinson's. "I’ve watched my father — a strong and proud person who successfully raised four arguably insane children — slowly, cruelly stripped of his independence," he wrote. "His golden years robbed without explanation. It quite obviously sucks. Witnessing my dad suffer over the years galvanized my need to step up."

He definitely did that by not only running the New York City Marathon for his dad and to raise money for Fox's foundation, but he even became a board member for The Michael J. Fox Foundation.

Now, in honor of his late father, Reynolds is asking for donations to a very important cause. As he wrote in 2008, "Please know that NO DONATION IS TOO SMALL — and certainly, no donation is too large. And if you don't give anything at all, maybe I've primed you for a future donation in someone else's name. For someone else's cause."