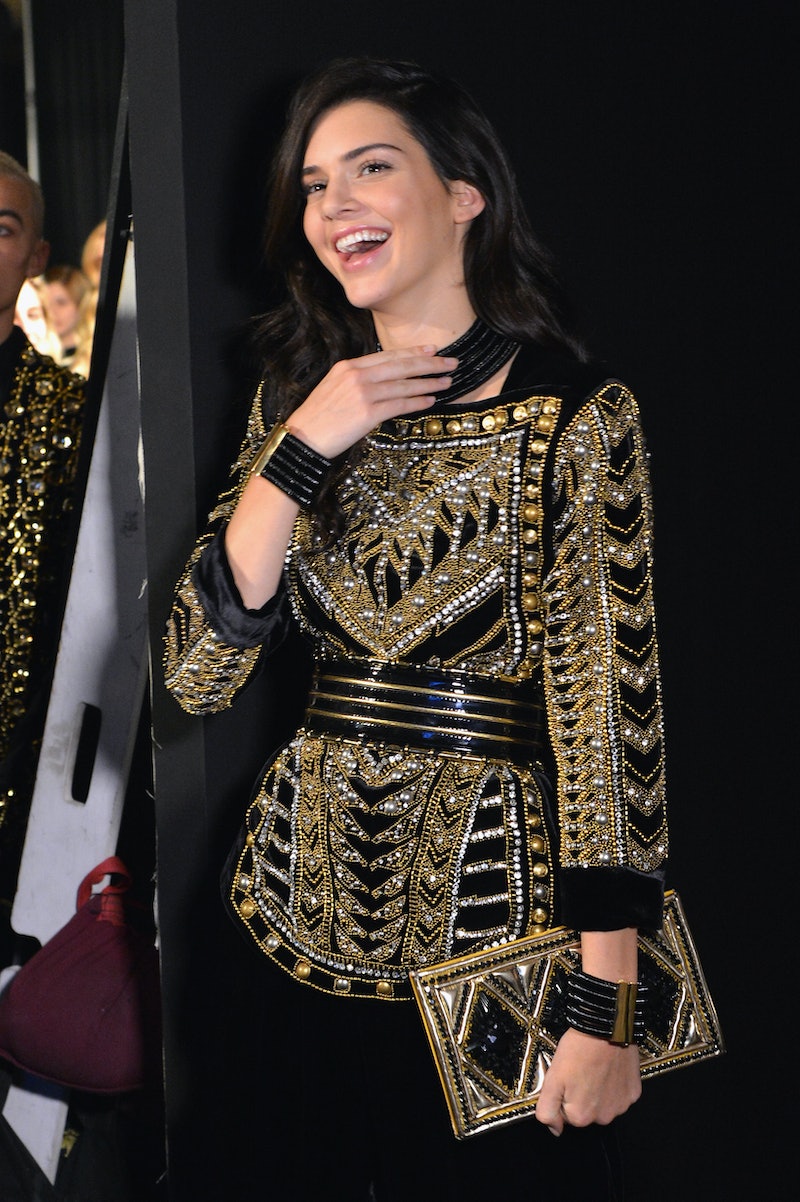 Ever wonder what this budding supermodel smells like? Her signature scent is not something shmancy, like a few drops of oil from an impossible to find Himalayan flower that only blooms in UV light once every thousand years on a snow capped mountain top. In fact, it's something slightly more... delicious. That's right, folks; Kendall Jenner smells like vanilla.

She may have already been the star of more billboards, ad campaigns, and re-grams in her short, two year career than we can even Keep Up With, but in a recent interview for H&M, the super model proves that she's actually just like us. Well, just like us, if we had a house account at Nobu.

Seriously, though; she loves frozen Greek yogurt pops, is addicted to Long Island Medium (I know the struggle...), and admits to dancing to Beyoncé while she's on the job.

Despite quite literally growing up on television, nabbing nearly 40 million Instagram followers (and counting!), and signing a major campaign with Estee Lauder, Jenner has remained every bit as much the girl next door as always, a feat for which her high-profile clients like Karl Lagerfeld and Olivier Rousteing, as well as her millions of fans, adore her.

Visibility-wise, Jenner is at a pinnacle reached only by the likes of her equally famous sibs and, ironically, Beyoncé, but on a personal level, the model has always been adorably shy and actually pretty private. Even the H&M interviewer can't help but note that her "concise" answers to the interview questions were not at all surprising.

Sure, she had some predictably diplomatic answers like "Everyone I have worked with is so incredibly talented! I have been very lucky to work with some real geniuses!” in response to who her favorite photographer is and she provides the canned, requisite response "Drinking lots of water and always washing my face before bed,” of her beauty "secret."

But some of her responses were actually quite revealing. For example, the multi-talented starlet actually loves to get behind the lens, too, citing photography it as her fave creative outlet. Later in the interview, she answered that her plan post-modeling is to become a mom. While this really doesn't come as a surprise, given her large family, but it is in fact one of the rare times that Jenner has revealed anything hinting as much.

Here are seven other times that the super model was super relatable.

1. She Hates Early Wake Up Calls

2. She Spends The Party Talking To Her BFF

3. She Forgets To Shave

Because who hasn't shaved last minute in a super awkward location?

5. She Loves Posting Pics Of Her Puppy

6. Sometimes She Doesn't Feel Like Standing Up In Heels

7. Occasionally She Just Needs A Hug

Even better if it's from besties Cara, Gigi, and Joan.