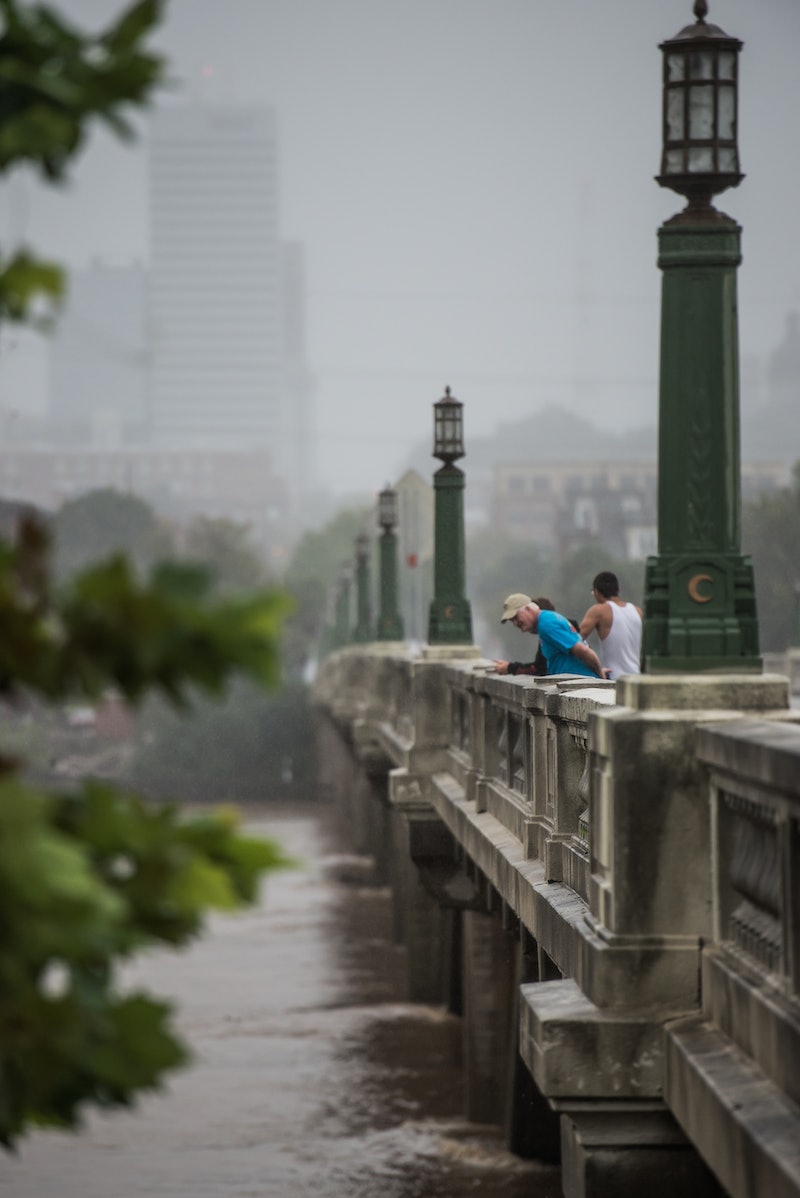 On Monday, a South Carolina officer at a high school flipped over a black female student's desk and dragged her out of the classroom after she refused to leave. In the midst of the Black Lives Matter movement, the country's attention has increasingly been drawn to documented episodes of police brutality against citizens of color. As a country we need to open our eyes to the many violations of civil and human rights that occur, especially in Southern states with a legacy of racial tension. There is, in fact, a gruesome recent history of police violence against black people in South Carolina, beyond Spring Valley.

The case of Walter Scott might be best known. You've probably heard of him: He was the black man shot by a white police officer in April 2015 after he was pulled over for a broken taillight. But according to The New Yorker, twice each week another is black man shot by police. And USA Today reports an average of 96 black citizens were shot by white officers each year between 2006 and 2012. While it seems hard to keep up with all these stories, paying attention to trends in specific states like South Carolina could teach us to what extent life has improved (or not) for African Americans since the Civil Rights era.

In 2011, African-American resident Bernard Bailey, of the small South Carolina town Eutawville came to a roadside stop where his daughter called him when she received a traffic violation for a broken tail light. Police Chief Richard Combs issued a warrant for Bailey's arrest for obstruction of justice because, according to The L.A. Times, Combs and Bailey had a tense exchange over his daughter's ticket. He issued the warrant when Bailey came to the courthouse in May 2011 for his daughter's hearing. The two argued about the warrant, Bailey became upset, and walked out to his car, according to NBC News. Combs, who according to his lawyer said he "feared for his life," then shot Bailey three times, killing him.

After two murder trials, both of which resulted in hung juries, Combs was issued a year-long house arrest and five years probation after he pleaded guilty to misconduct in office, which led the prosecutor to drop the murder charge. The family of Bernard Bailey received $400,000 as a settlement.

In February 2014, North Augusta officer Justin Craven attempted to pull over Ernest Satterwhite for a suspected DUI. Satterwhite refused to pull over and Craven followed him to his house. As Satterwhite sat in the driveway, Craven, who thought he saw Satterwhite reach for a gun, left his car and shot into the passenger's side window, killing the 68-year old black male.

The City of North Augusta reached a $1 million settlement. The criminal case is still pending, according to the Augusta Chronicle, as Craven waits to be tried for the felony of discharging a gun in an occupied vehicle.

On Sept. 4, 2014, white State Trooper Sean Groubert pulled over African-American Levar Jones for a seat belt violation outside Columbia, South Carolina. According to MSNBC, when Jones reached into the glove compartment to pull out his registration, Groubert fired several shots at Jones. Jones was taken to the hospital but survived the wounds sustained to his hip.

Later, Jones received a settlement of $285,000. Groubert currently faces charges of assault and battery. He claims he thought Jones was armed at the time, and was reaching for a gun.

This case is perhaps the most well-known incident of excessive police violence in South Carolina in recent years. Officer Michael Slager pulled over Walter Scott in North Charleston for a broken tail light. According to family members, Scott was worried about possibly being arrested for unpaid child support. He tried to run from Slager, who then chased Scott and fired several shots at him from behind. Scott later died. Slager claimed Scott had taken the officer's stun gun, but a video of the chase released later on proves this was, in fact, not true. In June, a grand jury indicted Slager on a first degree murder charge. Scott is still in jail and a trial date has not been set.

On Monday, video went viral of a white school officer flipping over a black female student's desk while she sat in a classroom and refused to move. The officer then dragged her across the floor and out the door while classmates sat in shock. The officer, Ben Fields, was one of two assigned to Spring Valley High School. It wasn't the first accusation of unfair treatment against students of color. According to MSNBC, in 2013 Fields was the defendant in a lawsuit that claims he “unfairly and recklessly targets African-American students with allegations of gang membership and criminal gang activity.” Fields will go to court for that lawsuit January 27-29 in Columbia.

Fields has been placed on leave and the FBI will investigate the event. He claimed that the student hit him first, which allegedly is confirmed by additional videos taken by classmates. Those videos are not yet available to the public. According to CNN, the county sheriff claimed in a statement, "We must not lose sight that this whole incident started by this student. She is responsible for initiating this action. Some responsibility falls on her."

There is a systemic problem when so many African American citizens wind up shot or dead after a simple traffic violation. Knowledge of what goes on every week in this country at least brings us one step closer towards making it a safer place for all people, regardless of race.