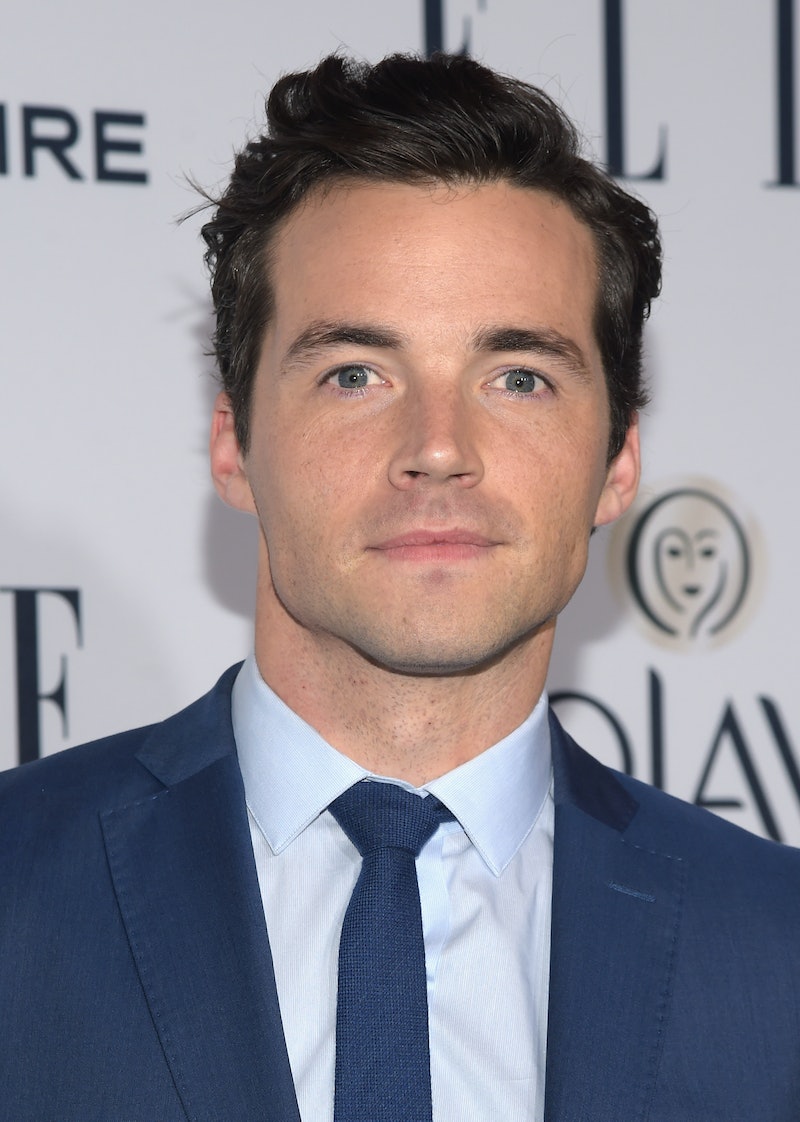 The dAy we've all been anxiously wAiting for is finally here — ABC Family's Pretty Little Liars will air its long-awaited midseason premiere tonight. And if you can't tell, we're excited. But what we're even more excited about is that more scenes starring Ian Harding's crazy eyes will grace our televisions in less than 12 hours. According to the show's executive producer Joseph Dougherty (this guy's been doling out some serious spoilers lately), PLL 's midseason premiere is going to be Ezra Fitz-heavy and Rosewood's newest creeper is going to make a big and incredibly sketchy reveal to one, Aria Montgomery.

Dougherty spoke to E! and some of the most pressing questions fans have posted on Twitter which, unsurprisingly, were about the show's newest potential psycho-killer, Ezra Fitz. The showrunner told viewers to be cautious before jumping to conclusions that Harding's character is "A" — but really, how could we not with those creepy-as-hell crazy eyes he's got? From Dougherty's responses — which covered questions from whether or not the liars are happy that Ali is alive to what's about to go down between ex-lovebirds Aria and Ezra — this is what you should expect from tonight's premiere. (Hint: There's going to be so much crazy-eye.)

Ezra Is An Evil Mastermind

Clearly he knows a thing or two about covering your tracks by being as obvious as possible. According to Dougherty, one of the biggest reveals in the season premiere will be that Ezra has a new lair — and he's going to take Aria to it. A secluded cabin in the woods with no cell reception or internet — that sounds like a beautiful romantic getaway, right? Just kidding — because Ezra is probably a psycho killer and Aria will probably end up looking like this:

He's probably a psycho killer but Aria doesn't care because they love each other (so much so that he risked his job to be in a relationship with her) and are soul mates. So, I guess who cares if your significant other has probably been trying to kill your ex-BFF as long as you're perfect together, right?

Dougherty told E! that though viewers won't actually see the love scene occurring, it will absolutely be implied by some ruffled up bedding. He also said that there will absolutely be a hell of a lot of crazy eyes during this "romantic" reunion so get ready to be creeped out.

Obviously they're connected but we aren't going to find out how right away. Mona's brilliant so naturally she's intuitive enough to realize that there's another double agent in Rosewood. Dougherty told E!, "I think Mona thinks they're both working for the same person, but that might be ego on her part. She wouldn't want to admit anything and she probably thinks, 'Oh, I'm smarter than him, I couldn't be working for him.'"

I mean, this girl is definitely smart and an evil genius in her own rite. The two will share a coffee date where the "A" minion will try to feel out how exactly she's connected to Ezra.

There Will Be Some Of This

And by some, we mean exactly three confirmed kisses will be shared between Aria and her ex-lover and current crazy evil genius.

We know a lot more than the girls do at this point and it's going to take awhile for them to figure it out. (This is kind of obvious, considering that Aria probably wouldn't be going to a secluded cabin with someone she believed might be a murderer. Or maybe she would because Spencer would totally make her do that.) But again, we're not really sure what we know because everyone has secrets. Dougherty answered the question of whether or not the girls are trying to decide if Ezra might be "A" with this:

You do not know all of Ezra's secrets at this point and you don't know all of his motivation. Right now the audience knows more than the girls do, and you're going to have to deal with the girls getting to the point where they know what you know and what they're going to do about it.