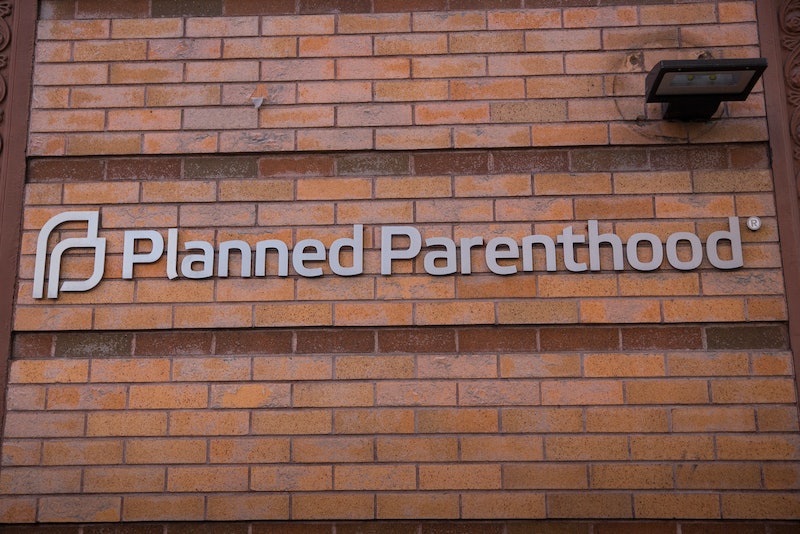 Protesters have been a common sight outside of Planned Parenthood clinics for decades now, but it seems they might not have quite the fortitude you'd expect — because this week, one woman managed to shut down a protest outside a Planned Parenthood by chanting about yeast infections. Which is perfect. Hey, if there are going to be people outside Planned Parenthood centers shouting about the health services that the clinic offers, why only include just the one, right?

Mary Numair, a 29-year-old copywriter from Portland, Oregon, is one of the millions of American women who refill their birth control prescription at Planned Parenthood. She's also used their clinics in the past to treat yeast infections and UTIs. “Planned Parenthood is a vital resource for so many people,” she told BuzzFeed News. “We have to look beyond the pro-life/pro-choice debate and recognize this organization is out there providing some of the most important care to our sensitive medical needs.”

So she didn't take kindly to the number of people protesting outside her local Planned Parenthood. She told Buzzfeed that she tried first to approach the protesters and discuss their position, but didn't get anywhere. So instead, she showed up one day with a big smile and a cardboard sign that said "Dear PP, Thanks for helping with my yeast infections!"

Which apparently didn't go over well with the regulars. Once she started chanting "Yeast infections!" as well, the protestors stopped lining the sidewalks and instead huddled together, according to Numair. The small group formed a prayer circle and tried to keep their kids away from her.

“One woman turned around during their prayer to shake her head at me, to which I responded: ‘OMG, do you have a yeast infection? I know who can help you!’ She covered her kid’s ears,” Numair told Buzzfeed. Considering the amount of bloody, graphic images that some pro-life protesters put in full view of children, this seems somewhat hypocritical. It's OK for children to see gruesome pictures, but not hear about a common, minor medical issue?

Shortly after Numair began her chants, the protesters dispersed.

Here's hoping this does indeed become a trend. Because the same free speech that allows people to chant about abortion outside clinics also gives others the right to shout about yeast infections — or UTIs, or mammograms, or IUDs, or any of the many vital medical procedures that Planned Parenthood makes sure that women can receive.

More like this
Michigan’s Governor Is “Going To Fight Like Hell” To Protect Abortion Access
By Andrea Zelinski
23 Abortion Funds In States With Trigger Bans To Donate To
By Emma Carey
How To Fight For Reproductive Rights, Based On How Much Time You Have
By Courtney Young
Yomi Adegoke On The Offline Diaries & The Power Of Representation
By Jessica Morgan
Get Even More From Bustle — Sign Up For The Newsletter