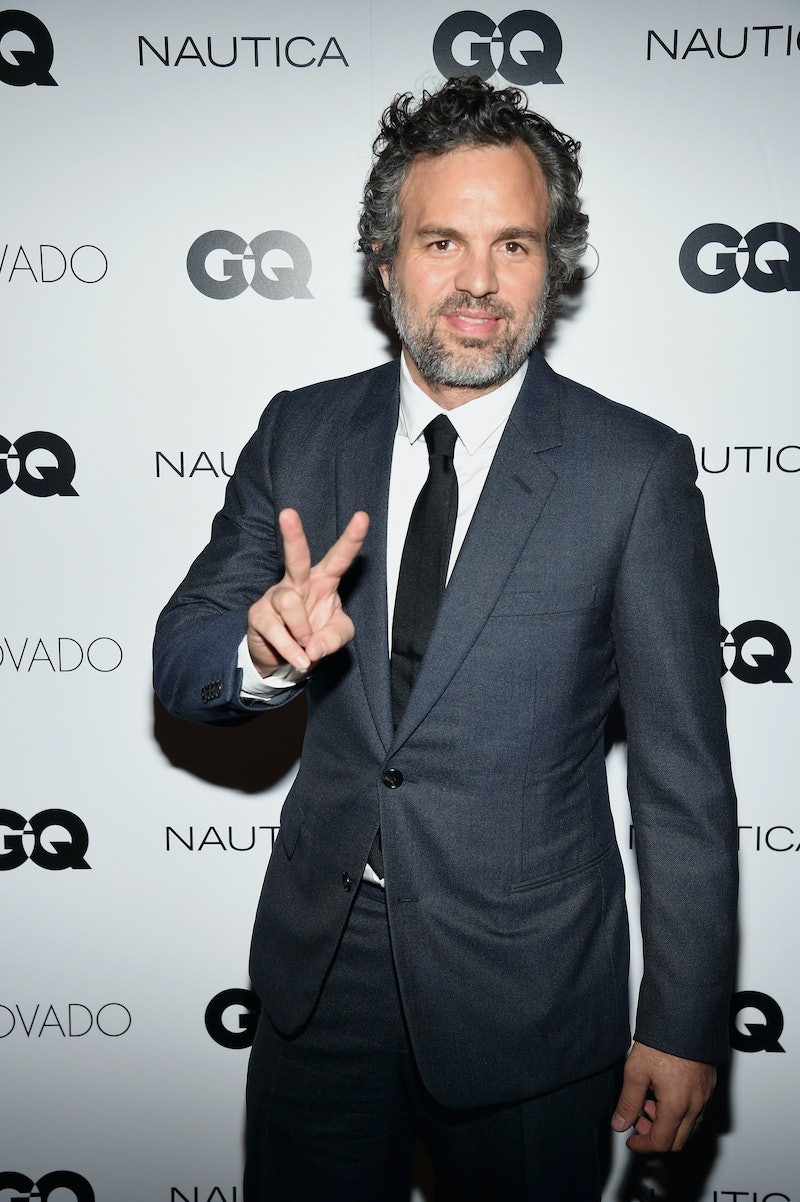 October is breast cancer awareness month, where many gather to raise awareness and fight for there to one day be a cure for the disease that affects so many women and men. That's right, women aren't the only ones who get breast cancer, men do, too. Well, One For The Boys is hosting the #InTheNipOfTime campaign, in hopes of educating others, especially men, on the fact that breast cancer isn't a women-only disease. And many actors are raising breast cancer awareness by participating in the campaign by posting pictures of their nipples on social media.

So, if you're scrolling through Instagram, Facebook, or Twitter and happen to see Mark Ruffalo pointing at his nipple, here's why he's doing it. One For The Boys is a campaign dedicated to researching male cancers, raising even more awareness for men dealing with cancer, and encouraging men to educate themselves and get cancer screenings. The official website states, "By bringing some blue to what seems to be a very pink world, we aim to get men paying more attention to their bodies when something might be wrong."

Breast cancer in men is something very rarely discussed, so this type of campaign will definitely help put it on the map, all while hopefully pushing men to be even more aware of their health. As previously mentioned, many famous faces are joining the campaign. For example, Samuel L. Jackson is a huge supporter of the cause and is chairman of One For The Boys. He's even hosted events for the organization on more than one occasion.

In addition to Jackson, Mark Ruffalo, Harry Potter actor James Phelps, Haley Joel Osment, and Ioan Gruffudd are uniting on social media in support of the great cause.

So don't be alarmed if your timelines are filled with men's nipples, because it's all for a good cause.