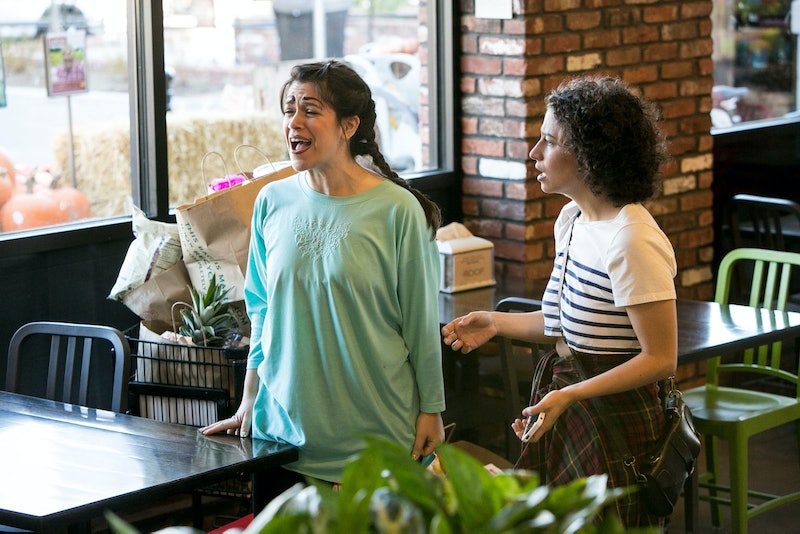 Considering pretty much everyone in this country is dealing with a little stress at any given point, we're not exactly running dry on information about the toll it takes on the body. We know it makes our digestive system do very weird, even disgusting things; we also know it turns us into unstoppable, forever-hungry snack monsters. We've already heard it makes our nervous system go into fight-or-flight mode, so our heart rate and blood pressure rise.

What you might not know is that there are also other more subtle — and scary — things that happen to your body when you're stressed out. It's worth knowing what they are so that you can check yourself before you wreck yourself.

Because while none of these side effects of temporary stress are pleasant to deal with, they won't, you know, send us to an early grave. Chronic, prolonged stress, on the other hand, can seriously catch up with you down the road and make you wish you had taken advantage of those vacation days when you had them. Before you get there and someone cruelly hands over an "I told you so," take the time to watch out for these subtle signs your body is trying to get you to pay attention to.

1. The Tip Of Your Tongue Is Extra Red

Next time you stand over the sink to brush your teeth, pause for a moment and check out what your tongue looks like. Weirdly enough, it's a strong indicator of your stress levels. A red and swollen tip is a sign of accumulated anxiety, and it probably means you're also dealing with other high-level stress symptoms, like shortness of breath, increased heart rate, and Doritos cravings.

2. You Keep Getting Canker Sores

Another serious — and even grosser — thing that could happen when you're stressed is breaking out in painful sores. These uncomfortable little buggers might pop up on both your tongue and the inside of your cheeks. Dr. Dale Amanda Tylor, general and pediatric otolaryngologist at Washington Township Medical Foundation, told Reader's Digest that continuously stressed out folks face these canker sores, which are likely caused by something viral.

They might cause some noticeable discomfort in the first four days but should subside within the next few weeks. They're not contagious, but Dr. Tylor recommends you double check with a professional that they're not cold sores, which can be easily caught (and are also of course more likely to pop up when you're stressed).

3. Your Hair Is Falling Out More

While some hair falling out when you shower is normal, if you've noticed more and more hair loss, it might be a sign of stress. The American Academy of Dermatology says the body endures much more inflammation than normal when you're facing one stressful situation after the other, which can cause your hair to fall out. You should know that half your hair won't be lost overnight if you just had a stressful day at work — so rest easy. However, if you've been chronically stressed for quite some time, it's not unlikely that you've had to kiss some tresses goodbye.

There are two ways your hair is affected by significant stress: First, there is telogen effluvium, which is when the hair follicles are pushed into a resting phase, stunting growth; after a few months, a simple comb through your mane could yank out some strands. Then there's alopecia areata, which is thought to be triggered by stress. It happens when your immune system turns against you and wages war on the hair follicles, and they can't perform properly.

We know that stress can cause us to indulge in naughty habits, particularly nail-biting, which will definitely ruin the appearance of your fingers. But there's more that can happen internally that would cause your nailbeds to look gnarly. For starters, all that cortisol coursing through your system makes your nails brittle and prone to cracking and breaking.

Dr. Doris Day, a cosmetic dermatologist in New York, told Cosmopolitan that you might also develop Beau's nails, a condition that manifests on your nails as visible horizontal grooves and ridges. They are usually a direct result of too much stress, and your body is trying to tell you to slow down. If you notice them, immediately contact your doctor because these indentations have also been linked to diabetes, vascular disease, and syphilis.

5. Your Ears Are Ringing

Fifty million people in the United States have reported ringing ears at some point in their lives, and many of these cases are caused by anxiety. It's temporary and not something to be terribly worried about, but many doctors believe that it's a result of pressure in the head and abnormal blood flow, both of which happen when we're overly stressed.

Sweden's Karolinska Institute conducted a study showing that having to transition from an old job to a new one increased hearing problems and ringing ears in women by 43 percent. The limbic region of the brain, the very part that handles stress, "shifts into overdrive" right before your ears start to uncomfortably ring. Authors of the study can't pinpoint the exact root of this connection, but there's no denying that it can potentially become a real problem for persistently stressed out folks.

That mean old stress hormone called cortisol really wreaks havoc on us when we're at our most vulnerable. When this chemical is overproduced, it prevents normal neurotransmitters from doing their job properly; all of a sudden, the cells in your otherwise perfect brain can't communicate with each other, and you can't remember the name of your longtime neighbor to save your life.

While all this nonsense is happening, your ability to concentrate is generally out of whack as well, so when you're trying to create new memories, you don't have enough energy to store them in the back of your head properly. If you draw a few blanks, don't freak; it will all come back after the stress has died down.

If you're taking anti-depressants or sleeping pills, this might exacerbate the situation, so check with your doctor to see if you're dealing with some unnecessary side effects. In the meantime, keep up a healthy diet and pick up some mindful meditation practices, which can help your brain function more normally during particularly stressful times.

More like this
The UK Abortion Laws In 2022, Explained
By Sophie McEvoy
So You're Having A Medication Abortion
By Dana Smith
I Was All For Medicating Mental Health Issues – Just Not For Me
By Anonymous, as told to Dana Smith
5 Ways To Stand In Solidarity With Women In America From The UK
By Sophie McEvoy
Get Even More From Bustle — Sign Up For The Newsletter