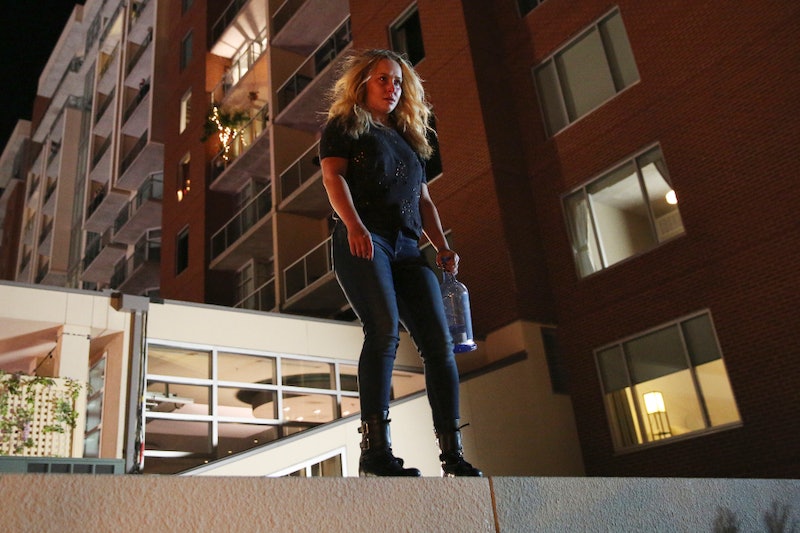 Just when you think things can’t get worse for Juliette Barnes on Nashville, they do. Since giving birth to baby Cadence last year, Juliette has been suffering from very severe postpartum depression, and now seems to be addicted to drugs and alcohol as well. She’s driven away all of her friends and family, including her husband, Avery, who has asked her for a divorce. Sigh — I thought these crazy kids were going to make it, you know? Now Juliette has granted Avery the divorce on Nashville , so things have gone from awful to truly terrible. When Juliette was walking through the lobby of her hotel, sunglasses on and hood up, a fan asked her for an autograph. So what did the country star do? Well, she didn’t give her an autograph, I’ll tell you that. Instead, Juliette attacked the fan, beating her in the face and head before Jeff Fordham pulled her off. Eesh.

Juliette is officially in full breakdown mode. She’s lost everything, and contemplated suicide in this episode. The worst part is, no one in her life (save for Avery and he’s far away) is helping her. Juliette’s life is full of “yes” people, when really she just needs someone who will openly address her postpartum depression and addictions, and get her the treatment that she needs. Instead, she has people like Jeff Fordham, who, in one of his worst moments, told Juliette that he’s “never wanted a woman less.” Juliette is in trouble, and the people closest to her are only making it worse.