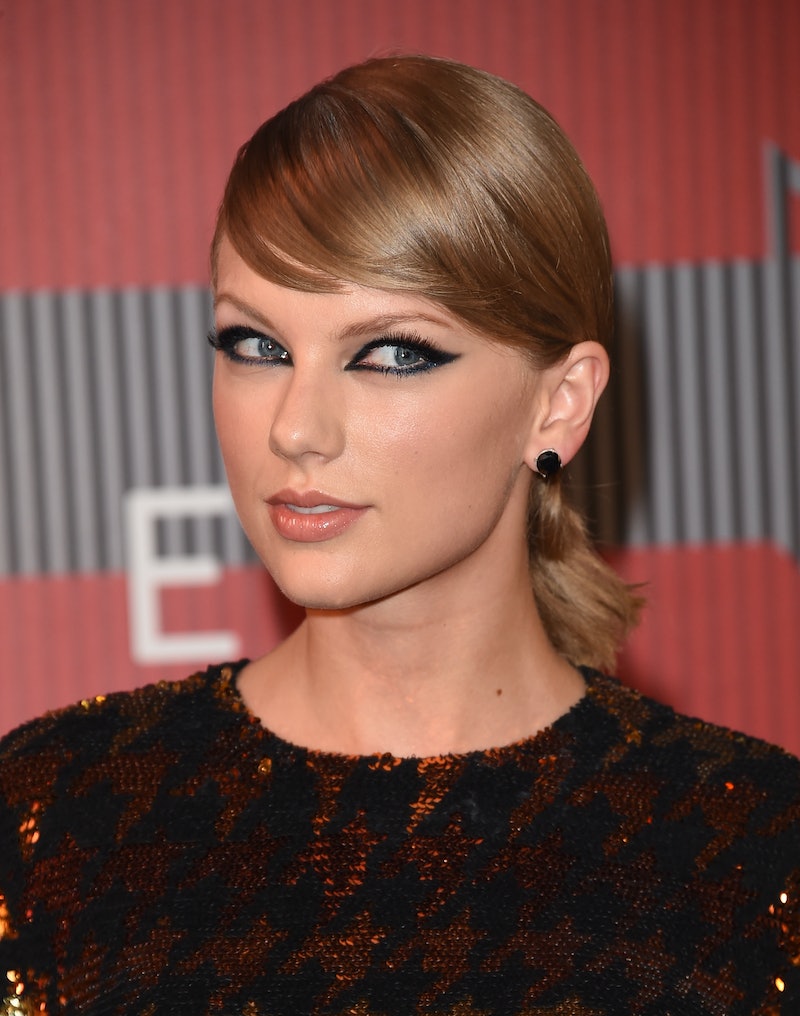 Taylor Swift has fought over the monetary value of music, and fought hackers who claimed to have nude photos of her, but now she's getting ready to have her day in court on an even more personal level. The pop star claims that a male radio DJ groped Swift during a 2013 meet-and-greet session before her concert in Denver, Colorado. According to NME, Swift has filed a countersuit against David Mueller, who worked for KYGO-FM in Denver, in which she claims that he lifted her "skirt with his hands and grabbed her bottom" while taking a photo. Mueller, who sued Swift in September, has denied the allegations that he was the one who inappropriately touched Swift, claiming it was a case of "mistaken identity" that ended with him losing his job.

Mueller was reportedly removed from the venue by Swift's security team after she let them, along with her photographer and tour manager, know what had allegedly occurred. In original court papers, Mueller's lawyer states:

The contention that Mr. Mueller lifted up Ms. Swift's skirt and grabbed her bottom, while standing with his girlfriend, in front of Ms. Swift's photographer and Ms. Swift's highly trained security personnel, during a company-sponsored, VIP, backstage meet-and-greet, is nonsense, particularly given that Ms. Swift's skirt is in place and is not being lifted by Mr. Mueller's hand in the photograph.

The photograph in question has not been released to the public, but it is a main piece of evidence in the case that Swift's lawyer has called "damning." Without much visible evidence though, this case could currently be seen as one of he said, she said. This is not uncommon when it comes to sexual assault or rape cases. Often, there are no witnesses to these sorts of crimes besides the accuser and the alleged assailant. However, in a civil suit like the one Swift has filed, the burden of proof is less for the prosecution than in a criminal suit, where the burden of proof needs to be beyond a reasonable doubt. "In order to find the defendant civilly liable for abuse, the plaintiff only needs to show that it is more likely than not that the defendant committed the alleged wrongful act," according to the Washington Coalition of Sexual Assault Programs. A photo showing the two together could be enough evidence to prove Swift's allegations that Mueller did commit the act.

Swift is demanding that this case go to trial, which could take up to six months to a year, but it will force the man she's accused of groping her to take the stand and talk about what happened that day. It's a powerful move that shows the seriousness of unwanted touching, if Swift's story is true. Some people may not see inappropriate touching as assault; they may just see it as a harmless joke or commonplace, since unwanted groping happens anywhere from a crowded subway car to a party. They may feel it isn't worth addressing, and they wouldn't be alone. The Rape, Abuse & Incest National Network (RAINN) reports that 68 percent of sexual assaults are not reported to police. But, anytime a woman or man is touched in a way that is unwanted, or that they do not feel comfortable with, it becomes assault, and that is something we all need to remember.

In her court papers, Swift says the incident left her "surprised, upset, offended, and alarmed," and that is more than enough reason to fight back if the incident occurred — especially for a female pop star whose day-to-day includes a lot of one-on-ones with people she does not know. Swift has power over her own body, and is showing that with this case. "Resolution of this Counterclaim will demonstrate that Mueller alone was the perpetrator of the humiliating and wrongful conduct targeted against Ms. Swift," court papers say. "And will serve as an example to other women who may resist publicly reliving similar outrageous and humiliating acts."

If Swift does win the suit, her lawyer has made it clear that any money will be donated to charities “dedicated to protecting women from similar acts of sexual assault and personal disregard.” This promise from Swift shows that filing this suit wasn't just about justice for her; it was about justice for all.