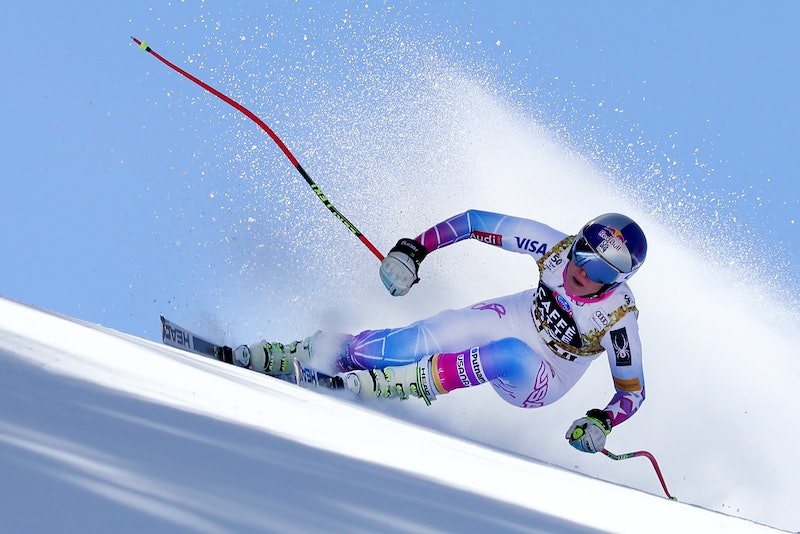 Just one month ahead of the Winter Olympics in Sochi, Russia, ski superstar Lindsey Vonn has officially announced that she won't be attending. The writing has been on the wall for Vonn, the most successful Alpine skier in American history, since she badly damaged the anterior cruciate ligament in her knee a year ago. In November, her injury worsened during a November race following a reconstructive surgery. No word yet on who will replace Vonn on the U.S. ski squad.

"I am devastated to announce that I will not be able to compete in Sochi. I did everything I possibly could to somehow get strong enough to overcome having no ACL but the reality has sunk in that my knee is just too unstable to compete at this level.

I'm having surgery soon so that I can be ready for the World Championships at home in Vail next February. On a positive note, this means there will be an additional spot so that one of my teammates can go for gold. Thank you all so much for all of the love and support. I will be cheering for all of the Olympians and especially team USA!"

Until now, Vonn reigned as the defending champion of women's downhill, and was hoping to become the second women to win a total of 60 World Cup races this year.

Vonn has competed professionally since her injury, but only sporadically, and with limited success.

In a statement, Bill Marolt, president of the U.S. Ski and Snowboard Association, said: "In looking ahead, I have every ounce of confidence that Lindsey will be in the starting gate next World Cup season ready to compete."

Vonn has been a main public face of the U.S. Olympics team for months. (In other bad news, she's still dating Tiger Woods.)